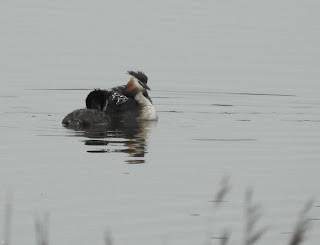 I don't normally complain about the lack of light in the summer but the past few days have been awful. The fog today means I'm updating the blog when I should be out birding. (Maybe later?)

GCGs have at least two young. There were 3+ pairs attempting to nest but this is the only success so far. There may be another pair on the nearby pool. It also looks as if the Widdy Moor pair have failed. 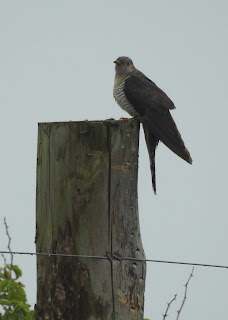 About time. My first Cuckoo of the year, this one around the Hadston/Chev area. 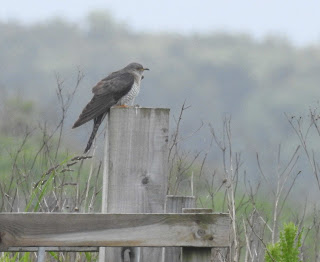 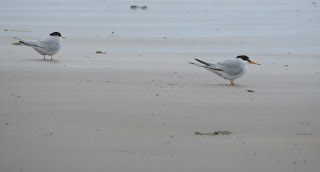 ATh kindly informed me of the presence of these Little Terns on the beach so I duly twitched them. 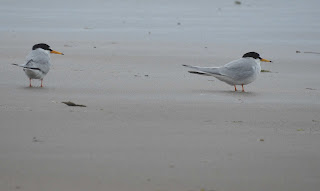 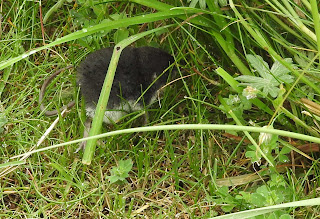 Finally this Shrew was not very well and kept wandering on to the path. I managed to stop two lots of dogs catching it before catching it myself and releasing it into some thicker vegetation