These magnificent specimens were found by ATh.washed up at Hadston.

Info below copied from web-sites. 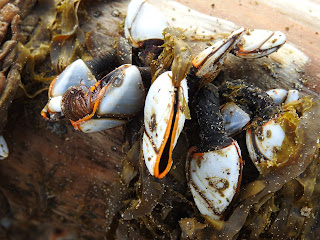 Thousands of clumps of Goose Barnacles, Lepas anatifera, attached to floating objects have been washed ashore all along the south coast from to . Those strandings occur very year, but it seems that more than the usual number were discovered this winter. Diligent beachcombers have discovered the tiny Columbus Crabs, Planes minutus. amongst the wrecks, as well as few of the other pelagic Goose Barnacles like Lepas anserifera.

Lepas anatifera is a pelagic barnacle that can be found attached to a variety of floating objects, including driftwood, bottles, boats, buoys, macroalgal rafts, and turtles. It can also be found on fixed objects such as rocks and off-shore structures. This species is most abundant in tropical and subtropical waters where sea temperatures exceed
18-20 ºC. 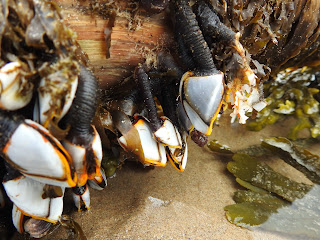 In the days before it was realised that birds migrate, it was thought that barnacle geese, Branta leucopsis, developed from this crustacean, since they were never seen to nest in temperate Europe,[2] hence the English names "goose barnacle", "barnacle goose" and the scientific name Lepas anserifera (Latin anser = "goose"). The confusion was prompted by the similarities in colour and shape. Because they were often found on driftwood, it was assumed that the barnacles were attached to branches before they fell in the water. The Welsh monk, Giraldus Cambrensis, made this claim in his Topographia Hiberniae.[3]

Since barnacle geese were thought to be "neither flesh, nor born of flesh", they were allowed to be eaten on days when eating meat was forbidden by Christianity,[2] though it was not universally accepted. The Holy Roman Emperor Frederick II examined barnacles and noted no evidence of any bird-like embryo in them, and the secretary of Leo of Rozmital wrote a very skeptical account of his reaction to being served the goose at a fast-day dinner in 1456.[4] 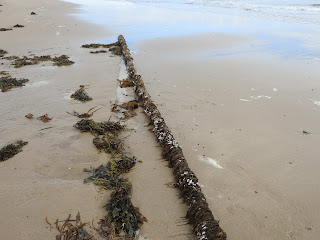 These Barnacles were still alive and attempts to re-float the log just resulted in it being washed back ashore. 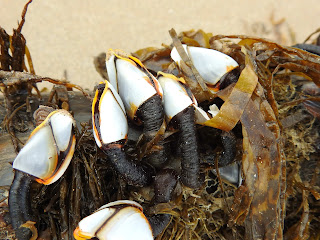 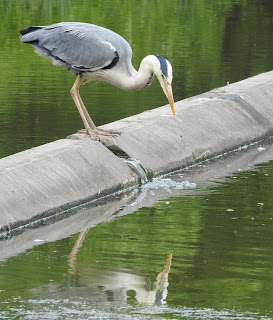 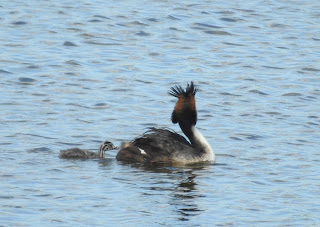 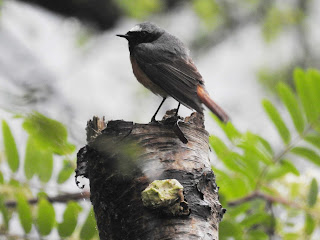