After discovering a colour-ringed Turnstone at Chev I tried to locate the project. Later that day TC contacted me via Twitter and arranged to meet up the following day (Tuesday 27th). 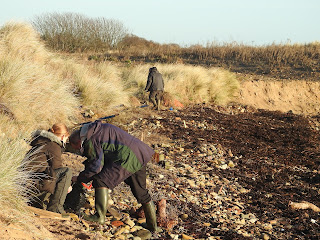 The transmitters on the birds are Radio Transmitters (not Satellite as I thought). The project is with Newcastle University and is studying the 'home range' of Turnstones. All the birds have been ringed at Bondicarr, Hauxley. Three last week and eight yesterday. 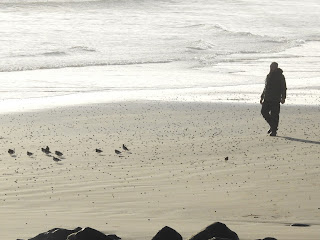 After the rockets/net were in place it was a waiting game (3 hours). The Turnstone proved reluctant to play the game favouring a feeding area just 30 or so metres from the nets. Shepherd IR did try to encourage them to move but they simply looped around and went back to the original area. (Maybe this answers some of the projects questions?)

Eventually a number were in range and the net was launched over the birds. Eight Turnstone and several starlings were caught. 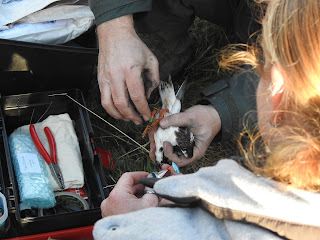 The colour rings include a yellow flag (right tibia), metal ring left tibia and a combination of three more colour rings on the tarsi. These will remain in place and it will be good to see how many, and how often they return to Northumberland. 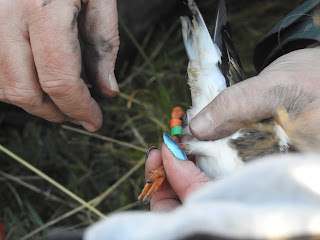 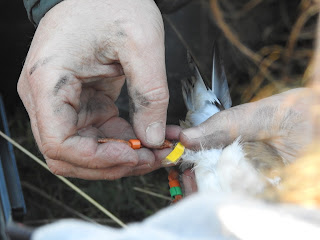 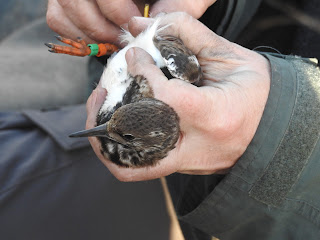 As you will see some of the rings are orange. These might be difficult to see in the field so double check or better still get a photo if you can. 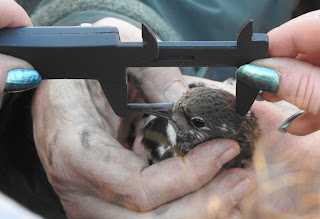 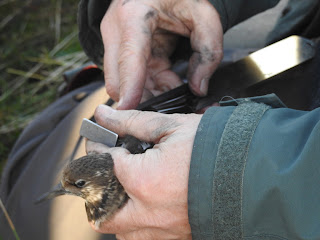 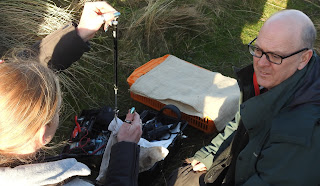 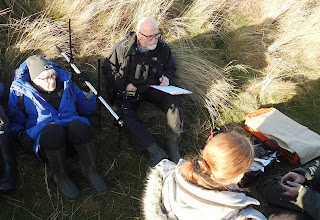 Transmitter tested (the aerial can detect the signal up to 1km  away). 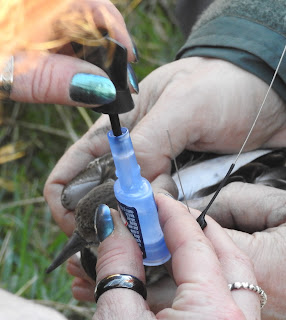 No not more nail varnish, this is the glue to fit the transmitter. I believe these will fall off in about three months. 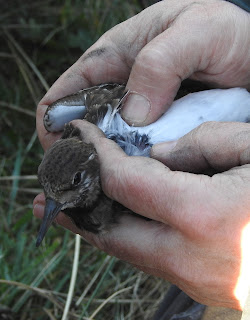 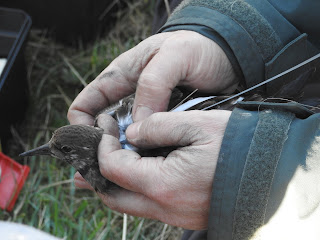 Finally the birds are released to continue feeding. 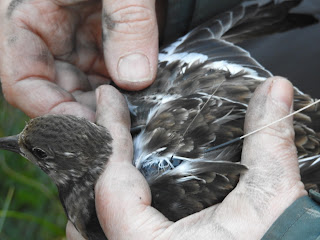 The first three, ringed last week, seem to be staying near the ringing site. Although the one at Chevington did wander further before returning later that day.

If you notice any of these birds (especially away from the Hauxley area) I'm sure TC would love to hear from you. Easiest to contact via Twitter @TomCadwallender

Thanks to all those involved or letting me gain an insight into the ringing process, hope I didn't get in the way.