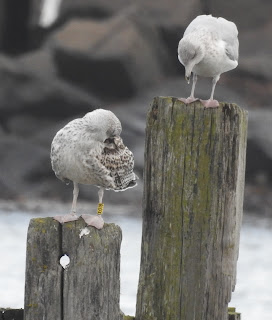 Visiting Amble and North Shields at this time of year is common for birders hoping for a last rarity Several Glaucous Gulls have been reported in recent days but none put on a show during my visits.
A couple of colour-ringed birds were present. 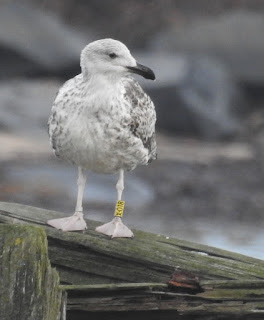 Well quick response from both ringers. Many thanks to them! 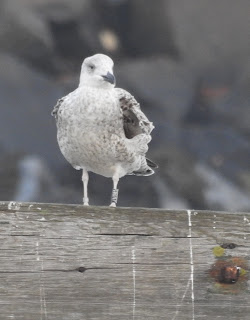 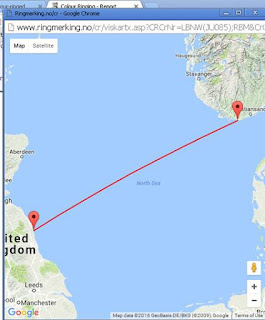 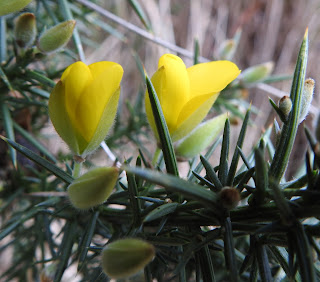 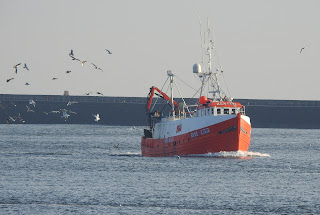 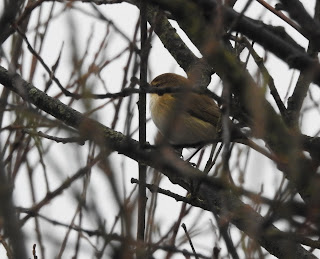 The mild days have meant Goldcrests and Chiffchaffs have been back in the dunes. No doubt they'll retreat into the thicker vegetation as soon as we get the next chill. Numbers this year much higher than in previous five years.

Along with obliging Harriers and darting Kingfishers, there is plenty around the bay to see. Two Water Pipits are still around but favouring distant pool edges.
Posted by baybirding at 22:21