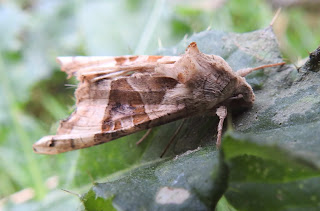 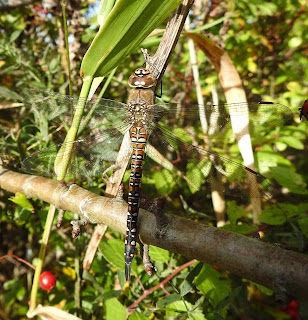 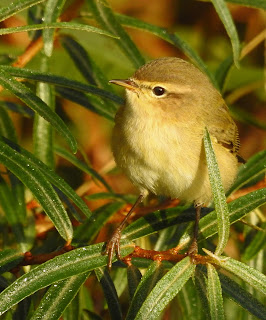 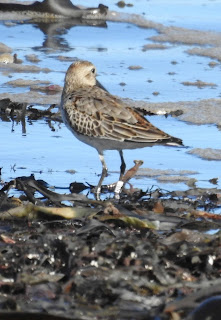 Dunlin
Trying to find the ringing project for this one. None match on CR bird site. May be Polish? 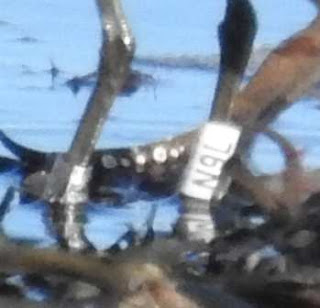 Waders seem to have been the big news recently. It took three attempts for me to catch up with the Baird's Sandpiper. It was however worth it, with five minutes of super close action (camera in the house of course).
Thanks to CB for the call.

JF and TF found a Pectoral Sandpiper at Chevington and next morning it gave good but distant views.

News also that MD had 2 Yellow-browed Warblers at Chevington (after I had covered the patch all morning). It seems the birds were arriving all day along the coast, or at least being discovered later. 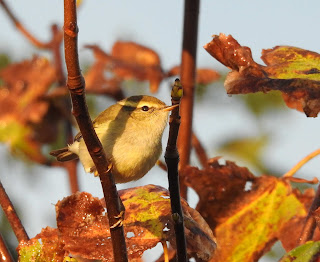 So this morning, first stop Chevington, first sound 'chsweep', first bird this fab Yellow-browed Warbler. At times it was less than 1m away and at eye level. 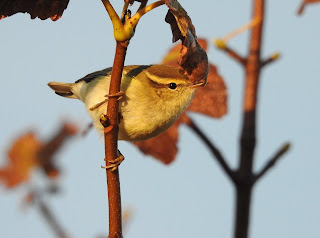 After searching the dunes all the way to the Country Park I finally found one of my own (Y-bW that is). The light and pose almost make it look like a different species. 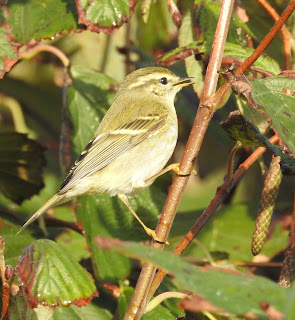 A walk along the railway at Cambois was disappointing but that may have been due to the presence of both a male and female Sparrowhawk. Nice coffee break at STa's and met 'Ace Dipper' BB at Druridge. 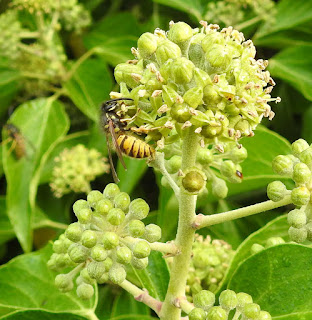 An afternoon walk from Hadston to Chevington Burn did not produce any new birds but I did get views of a juv Marsh Harrier. The North Pool is teeming with wildfowl and the sounds are amazing.