Well what a few days we've had in Northumberland.

Dipping a Little Bunting when within touching distance is hard to take.

Then finding a Red-flanked Bluetail which proved almost impossible to relocate.

Yesterday having covered my patch early because of the Cross Country races, I headed for Druridge then Snab and finally home for lunch. I needed to get out again but where to go? I avoid Newbiggin because there are often bikers in the dunes and I couldn't do my patch. Amble of course ... check the woods at the Marina Car Park then do the dunes South of Amble.

Obviously lot of thrushes had just arrived and plenty of Robins When I got round to the sheltered, sunny side of the main wood a bird flew into view and landed in front of me. I lifted my binoculars fully expecting to see a Robin but my field of view was full of rich blue and orange. The image is still so clear in my memory. A dazzling bright blue tail, orange flanks and the bird turned its head towards me before flying upwards into the canopy.

Instead of following the bird and trying to get photos (mistake) I rang, texted and tweeted assuming a gathering crowd would quickly relocate the bird and then I'd get my photos.

One and a half hours and no sign. AC and I spotted a bird fly in high which looked a good candidate almost immediately TF pointed to the same area and he had just had the briefest (but that's all you need) of glimpses to clinch the ID. I lingered hoping for another view but to no avail.

(Just down the coast in Cleveland birders were being treated to another RFB sitting on the beach and the photos are stunning.) 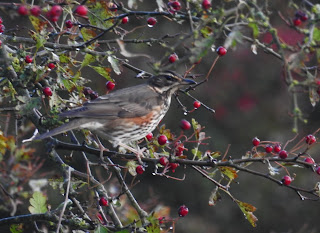 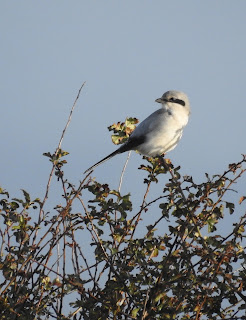 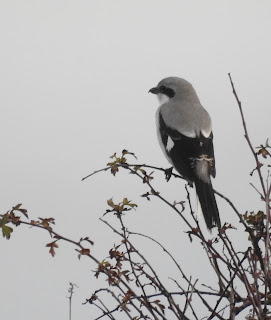 It was clear however that most birds had moved out and the weather was gloriously sunny. 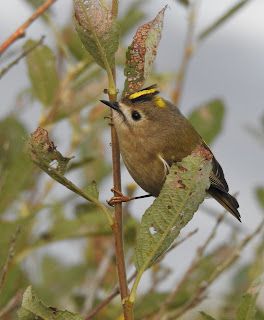 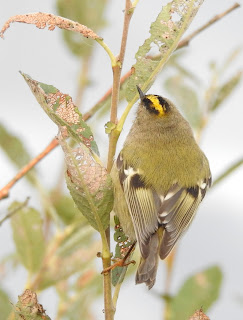 Merlin, Sparrowhawk and Barn Owl were nice additions before I headed South myself. I spent an hour in Amble but failed to see the RFB. 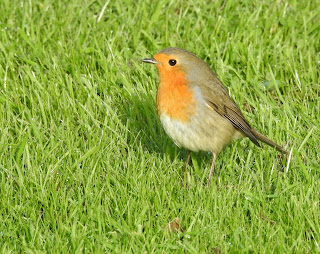 Lots of Robins (5 together on the Vicar's lawn) 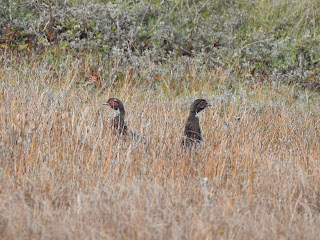 Rarely captured on Holy Island these two Lindisfarne Bustards were on the far end of the Snook. (OK Pheasants)