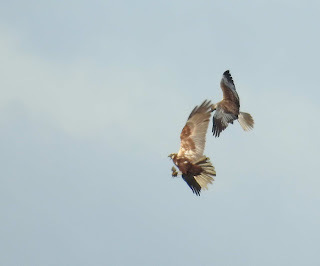 Sunday morning and there was a lot of Harrier Activity. Two glimpses of a juvenile to mark another successful year. Food passes and hunting (including a duckling taken off the water). 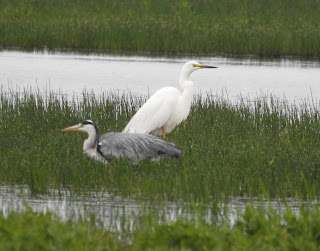 Today (Monday 4th July) the morning couldn't have been better. GWE on the Budge Fields, Cuckoo in the dunes, Grasshopper warblers reeling, Roseate Terns on the beach, Little Owls on posts and windowsills and even better Harrier action. 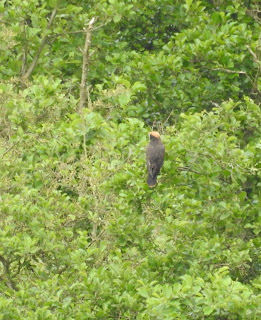 Young Marsh Harriers are stunning. Dark chocolate brown plumage, golden orange crown and bright yellow legs. The adult male flew over the nest, with prey dangling, trying to encourage the youngsters to follow him.After a while two youngsters appeared, still very unstable when attempting to land on branches but fairly confident on the wing. It will be great to watch their progress over the next few days. 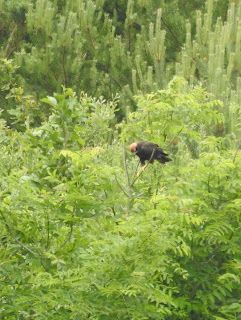 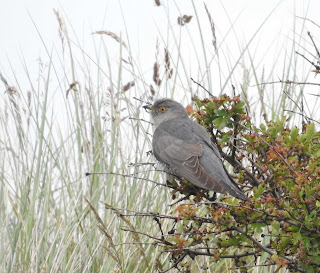 This Cuckoo remained in the dunes most of the morning feasting on huge hairy caterpillars and being mobbed by pipits and even terns. The bay was alive with terns today and having seen 5 Roseate terns yesterday it was good to see several more again today. 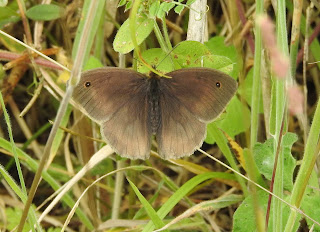