Adding notes today in my coffee break. Got so fed up with the slow speed of my computer yesterday that I gave up after adding the photos. 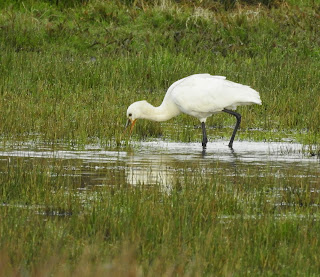 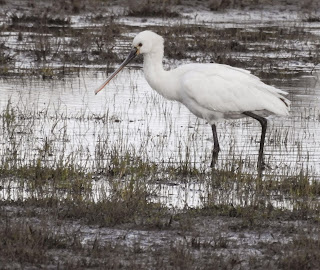 It was surprisingly active for a Spoonbill; feeding, flying and preening. Then after a short time it decided to head high and west. 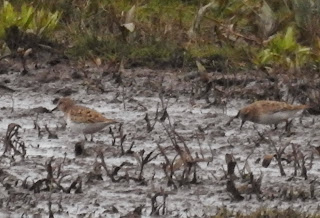 Later Tuesday IR called me to tell me about four distant stints at Druridge. After much debate we agreed they were Temminck's. Several birders braved the hailstorm to see them and some even had point blank views (if only short ones). They were gone the next morning but two turned up again today (more in next blog). 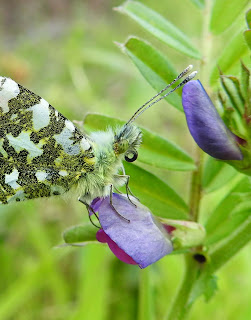 Unusual display between two families of Canada Geese. The lowered, extended neck posture with open bill was directed at the other adults but no sound was made. The goslings fed unconcerned. 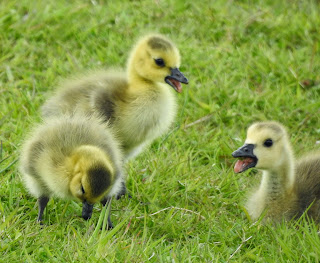 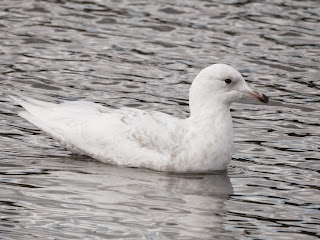 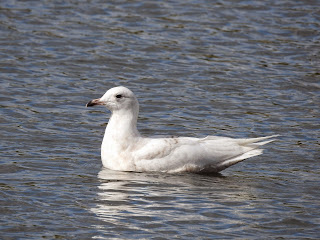 This bird gave great views and has been present for some time now. 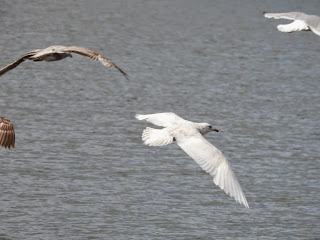 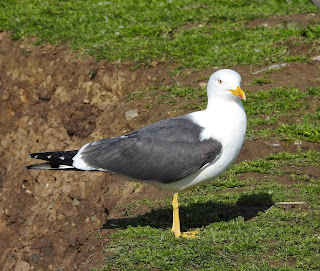 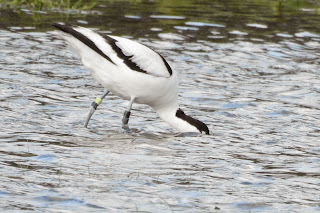 This Avocet was ringed as a pullus, 10th August 2012 Cresswell pond (one of a brood of three) by IF. 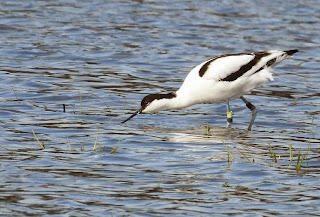 It was first seen back at Cressell 03/04/2015, then later on the Blyth Estuary. Yesterday (when I took the photos and today it was on Lynemouth Flash.