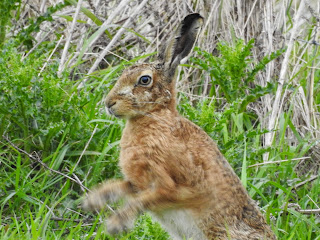 This Hare was trying a little Shadow Boxing another two were doing the real thing yesterday  ... March? 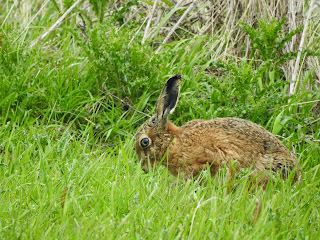 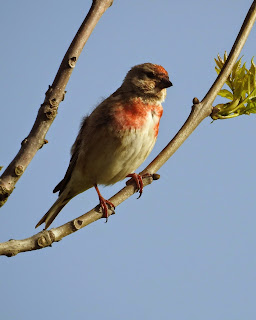 Linnet reaching their best plumage this week. It doesn't last long so it's worth looking closely at them now. 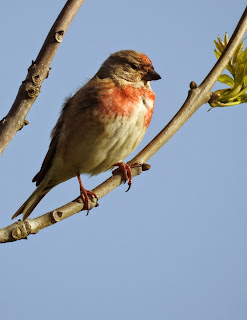 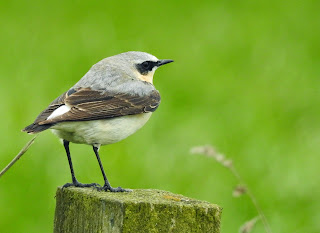 The decision about heading to Holy Island today (Sun) was made partly when I got a puncture yesterday and by not waking until 6am this morning (too late for the tide). Some birds had been grounded by overnight rain including Wheatears at Chev, Hadston, Druridge and Newbiggin.

*** How could I forget .. every cloud has a silver lining ... not going to HI meant a trip to Druridge, Spoonbill on the Budge Fields and as I left AC to check the plantation a stunning fly past by a Hobby or should that be a fly past by a stunning Hobby! 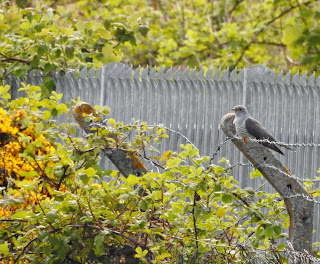 This Cuckoo appeared just as I heard about a Kentish Plover and all the associated nonsense of the Appgate Scandal. I would expand on this but I'm not sure I could without using expletives and being offensive. I'll leave it there. 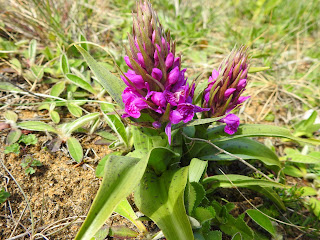 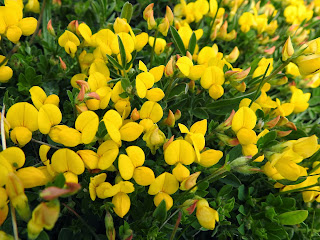 The track to Chev was closed most of the day because of the Druridge 10k run. When it finally re-opened I was greeted with the sight of a spectacular Great White Egret. Red Legs, Green/Blue skin around the bill base, Black bill and amazing aigrettes. Amazingly, no birders arrived within the hour I watched it, most having seen the previous birds this year. (Slight disappointment for me as I left the camera in the house.)