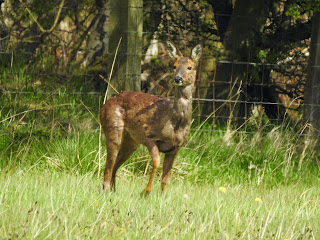 These two were feeding in the open (middle of the day) although distantly. 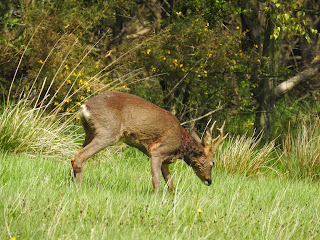 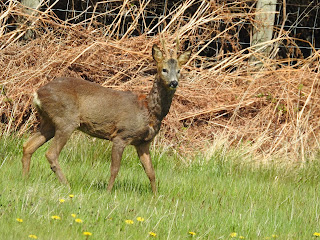 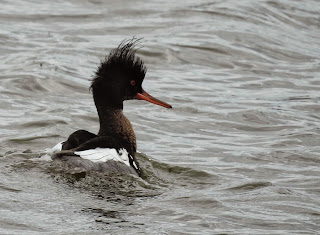 This male RBMerg was getting quite excited although the object of his desire was more interested in feeding. 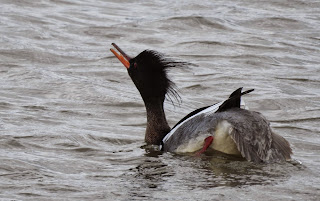 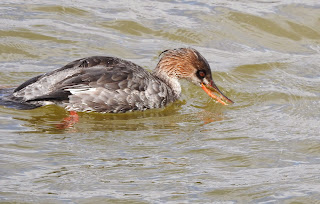 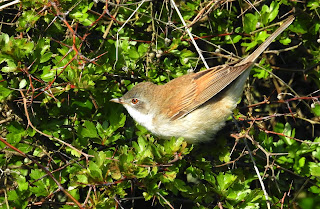 Whitethroats are very photogenic and usually quite obliging. They are back in good numbers only the Reed Warblers missing from the bay in the numbers previously recorded. (Late arrivals or a bad winter in Africa ... time will tell.) 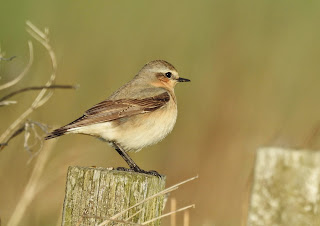 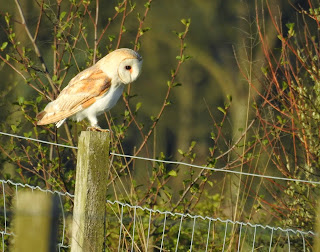 Not up to the Cresswell Camera Club but always a good way to start the day. Harriers on show an another Whinchat made the early start worthwhile. The Garganey (seen yesterday) did not show at Druridge this morning and many of yesterday's waders have moved on. (40+ Whimbrel, 4 Ruff, 3 Blackwits and a Common Sand) 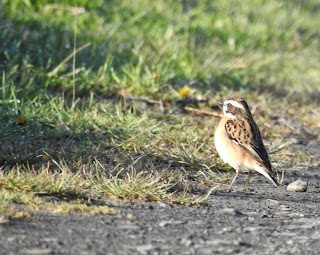 A walk to Bell's ponds was largely uneventful birdwise except for 80+ Gadwall in the fields. I remember when they were quite scarce in Northumberland.