Firstly some distant Red-breasted Mergansers were displaying. The male swims away from the female splashing her with cold water. Not sure how that's supposed to work. Maybe I'll give it a try? 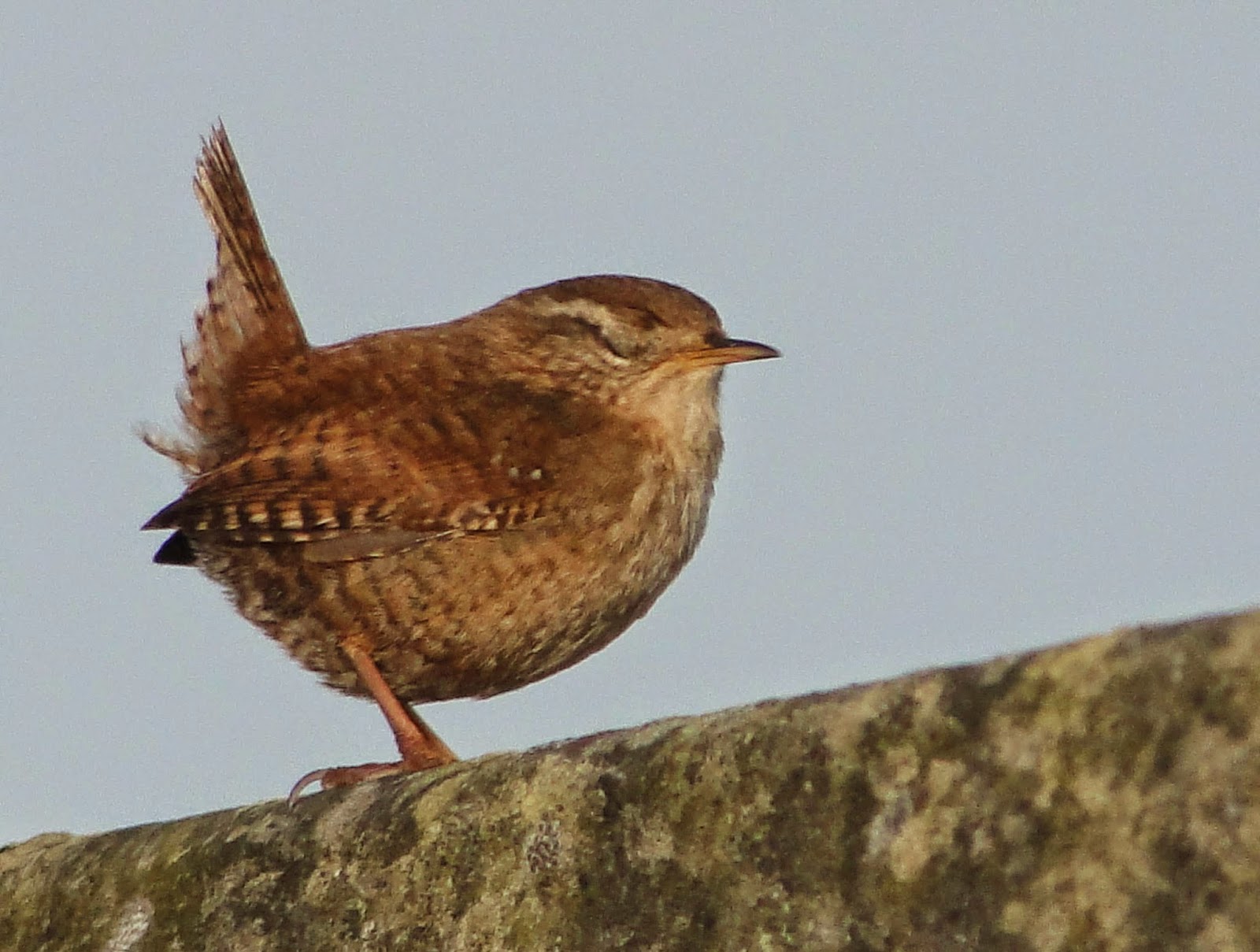 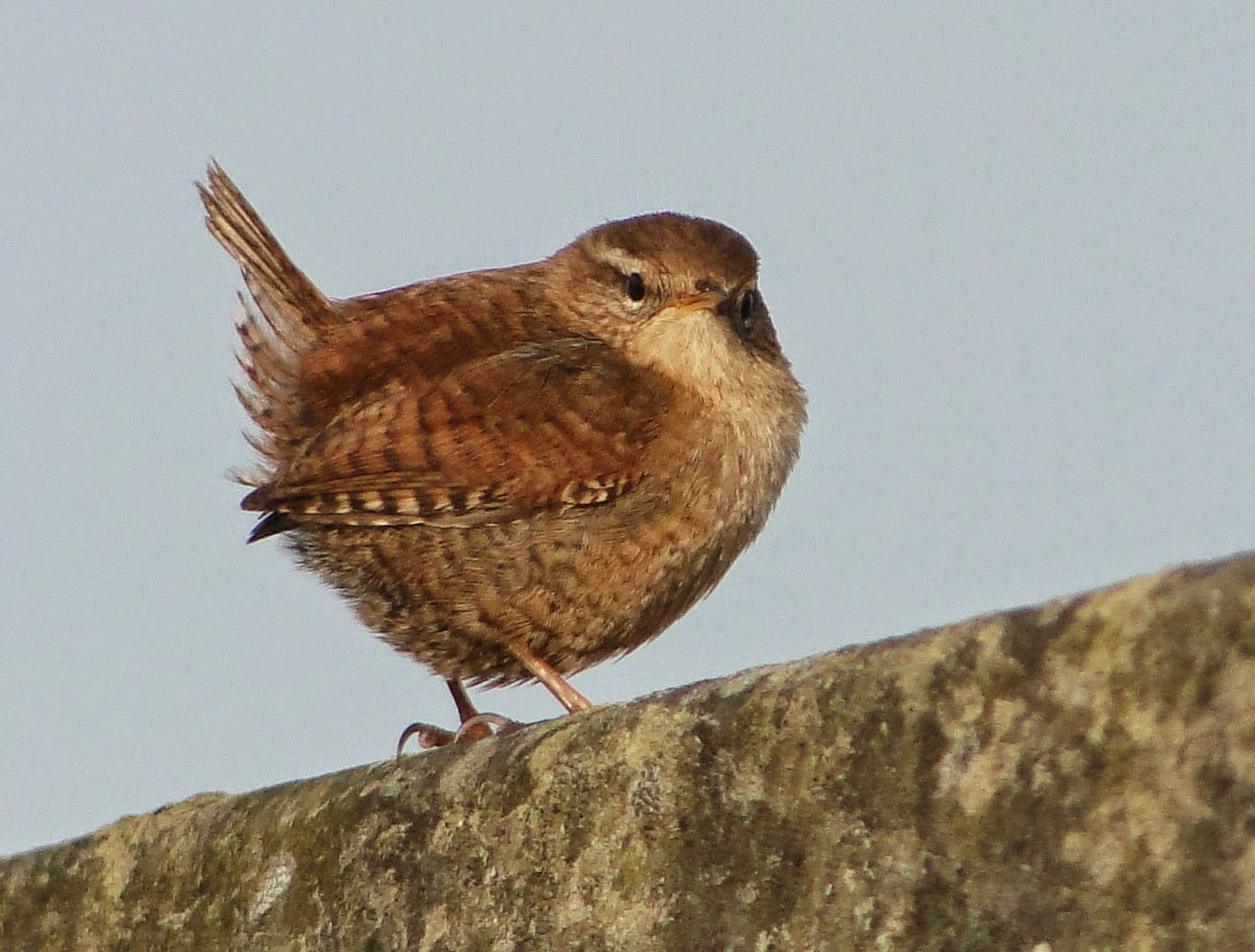 Wrens are in full song right now and they can belt out some sound from their tiny little bodies. It seems the mild winter has enabled high survival rates and plenty of birds are now springing into action in the bay. 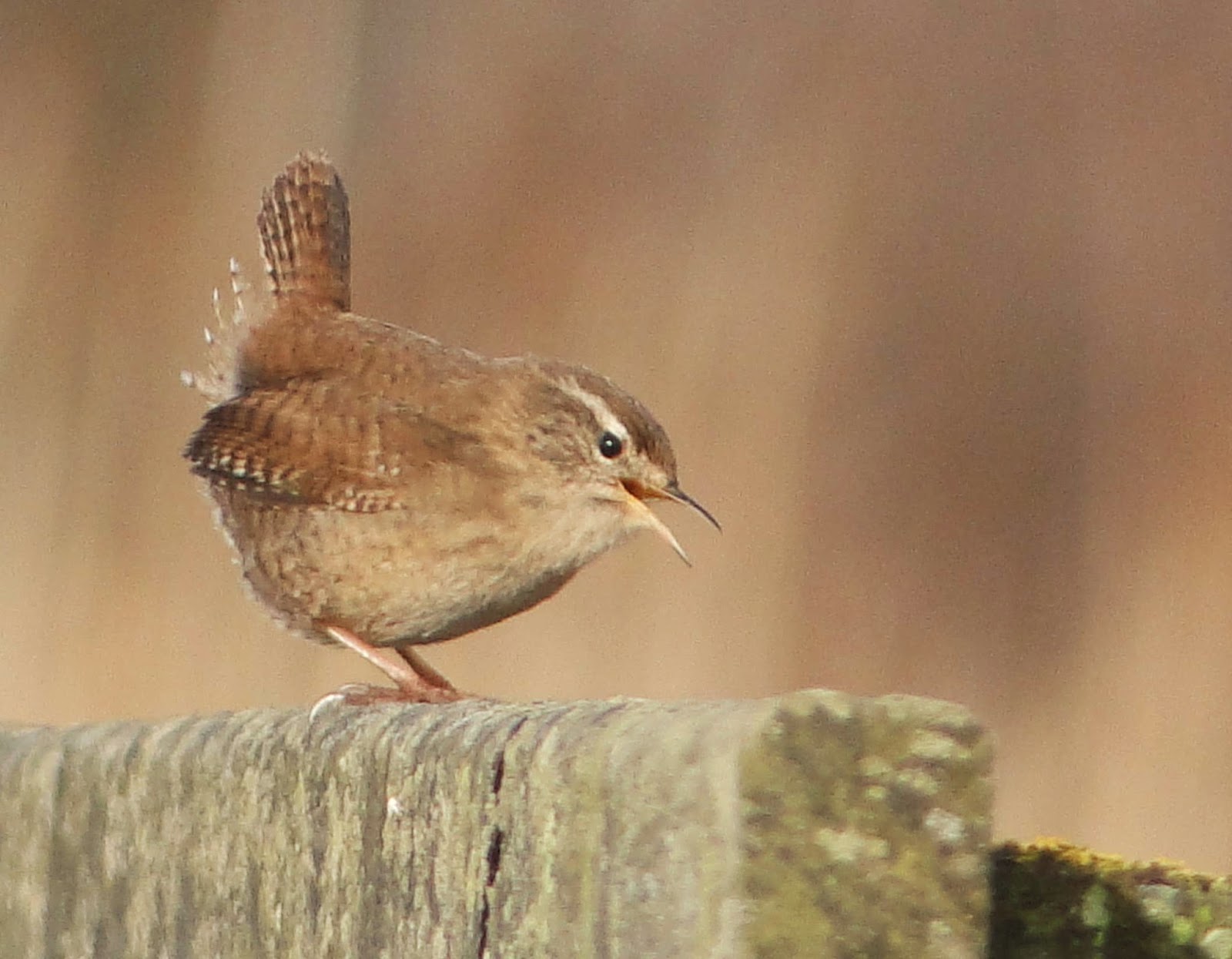 Star of the day has to be the birds below. Distant pinging noises and brief glimpses have been the best I've achieved recently. Today was looking to be much the same when a male close by was hidden by the reeds and as it flew it was chased away from me by a male Reed Bunting. It all went quiet and it didn't reappear, that said MH was observing a rather longer bout of activity from a different vantage point. 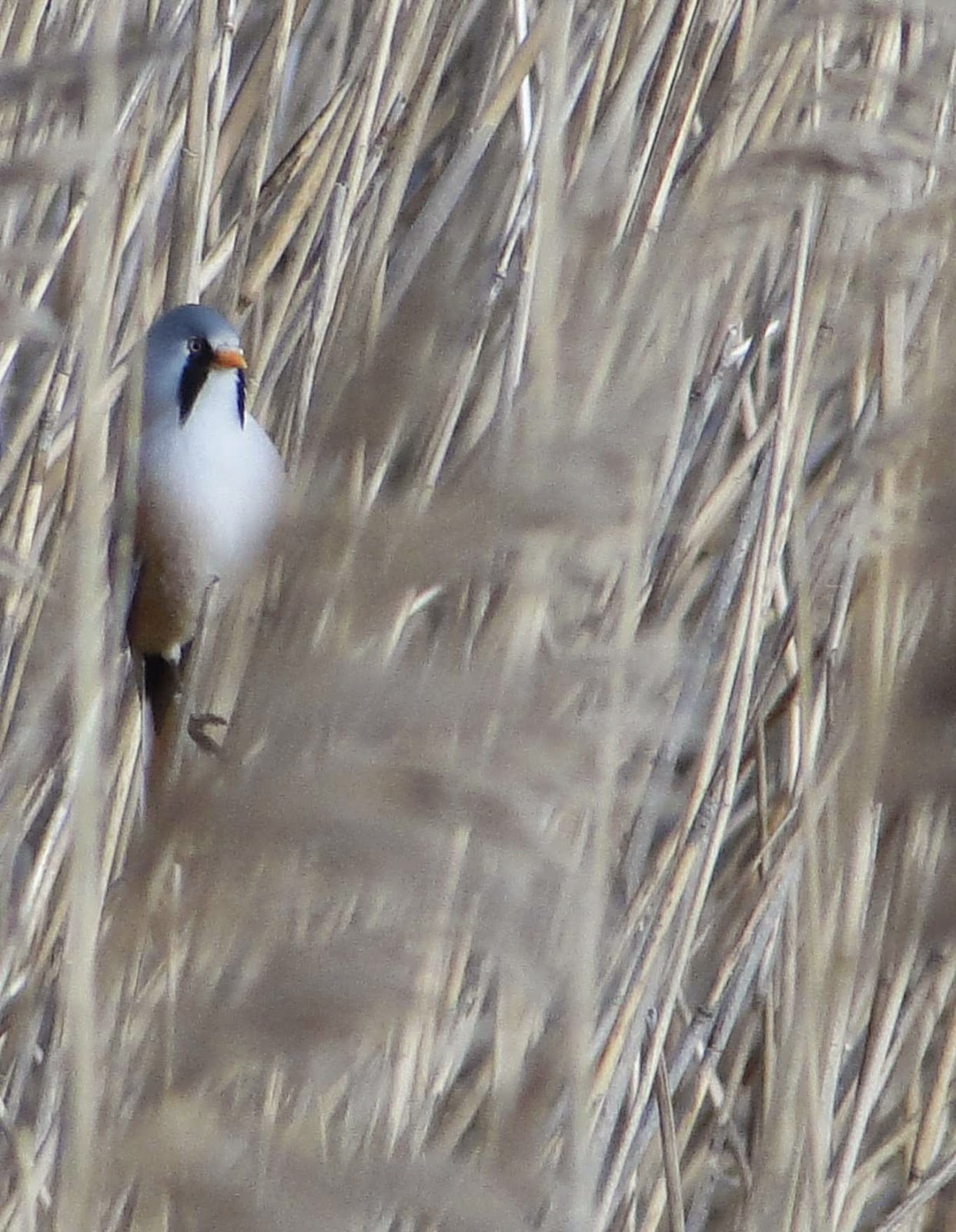 I walked away a little disappointed not to get the chance of a photo. Then all of a sudden another male bird flew across the reeds. This one then proceeded to fly vertically upwards (normally a precursor to moving a long distance) but it changed its mind and tumbled down from a great height almost in the manner of the Harriers I've been watching lately. Wings changing position and its body twisting, slowing and then speeding up. Magnificent! 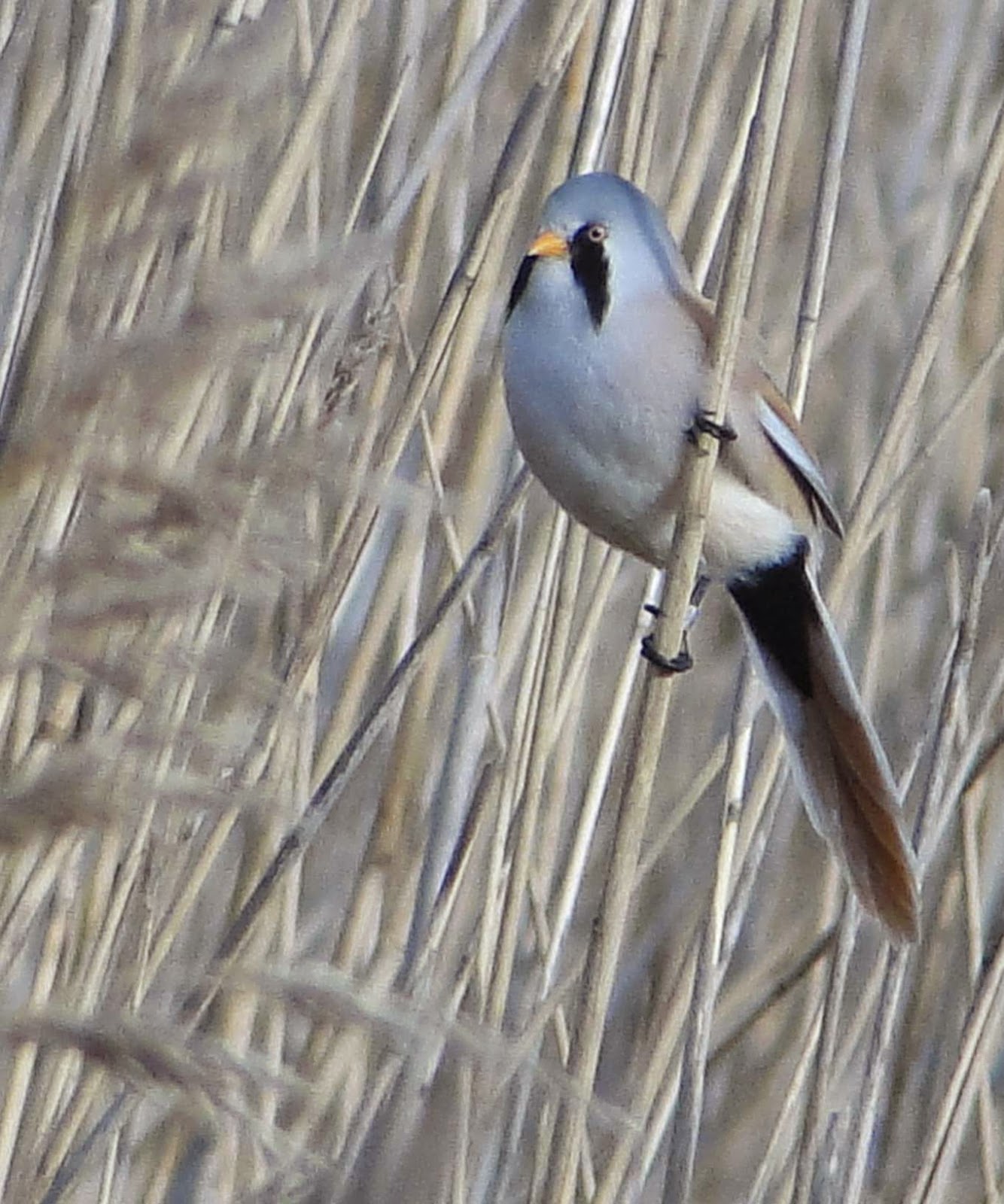 I was still some distance away and again, pleased with the spectacle but disappointed with the lack of photo opportunity. 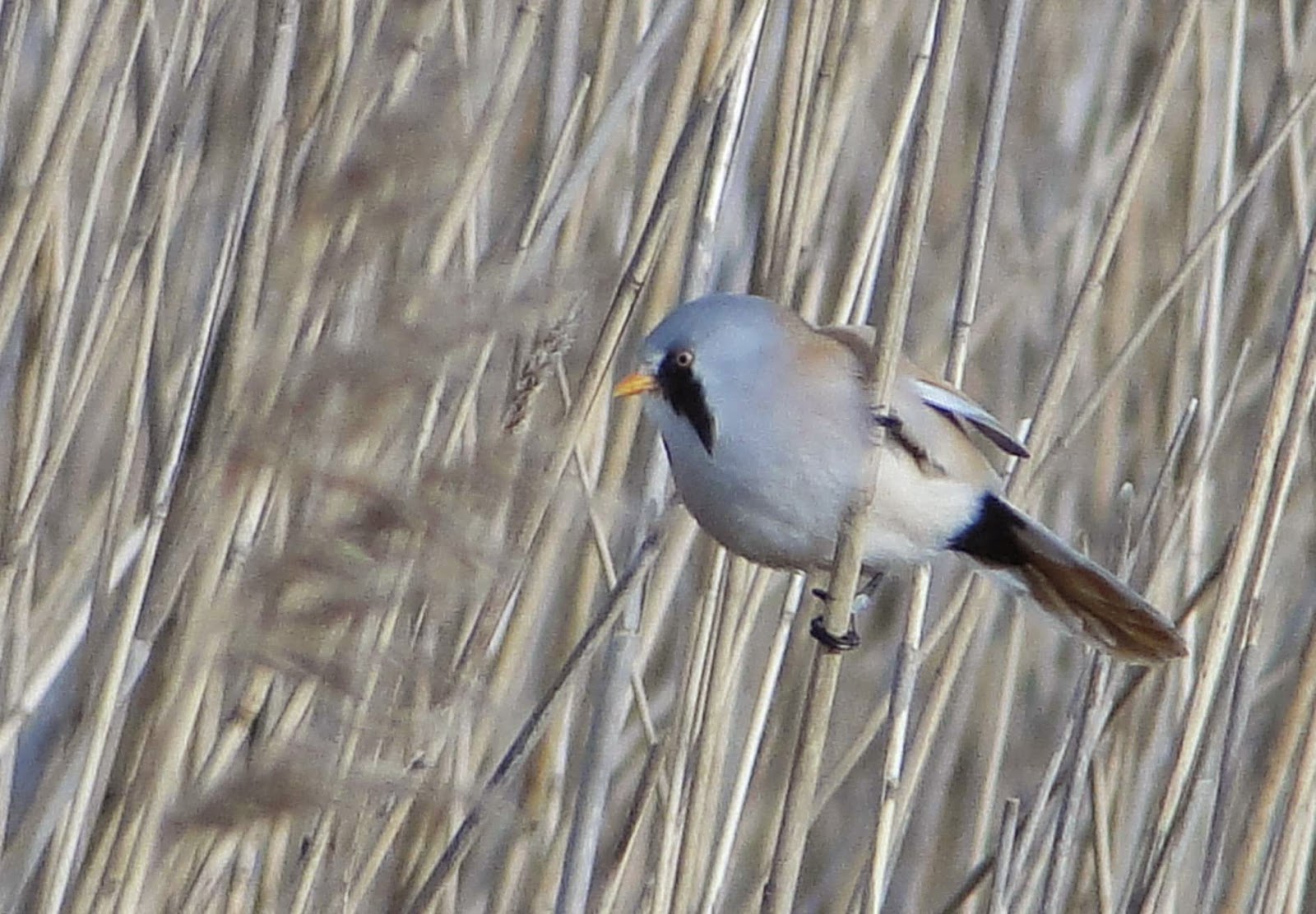 As you can see however I did get the bird! Obligingly it emerged from the reeds right in front of me. Although not pin sharp I couldn't hope for much better. After a couple of minutes (a long time with this beauty) it was lost from sight.

Successful wildlife watching is all about getting in the field and being dead jammy! 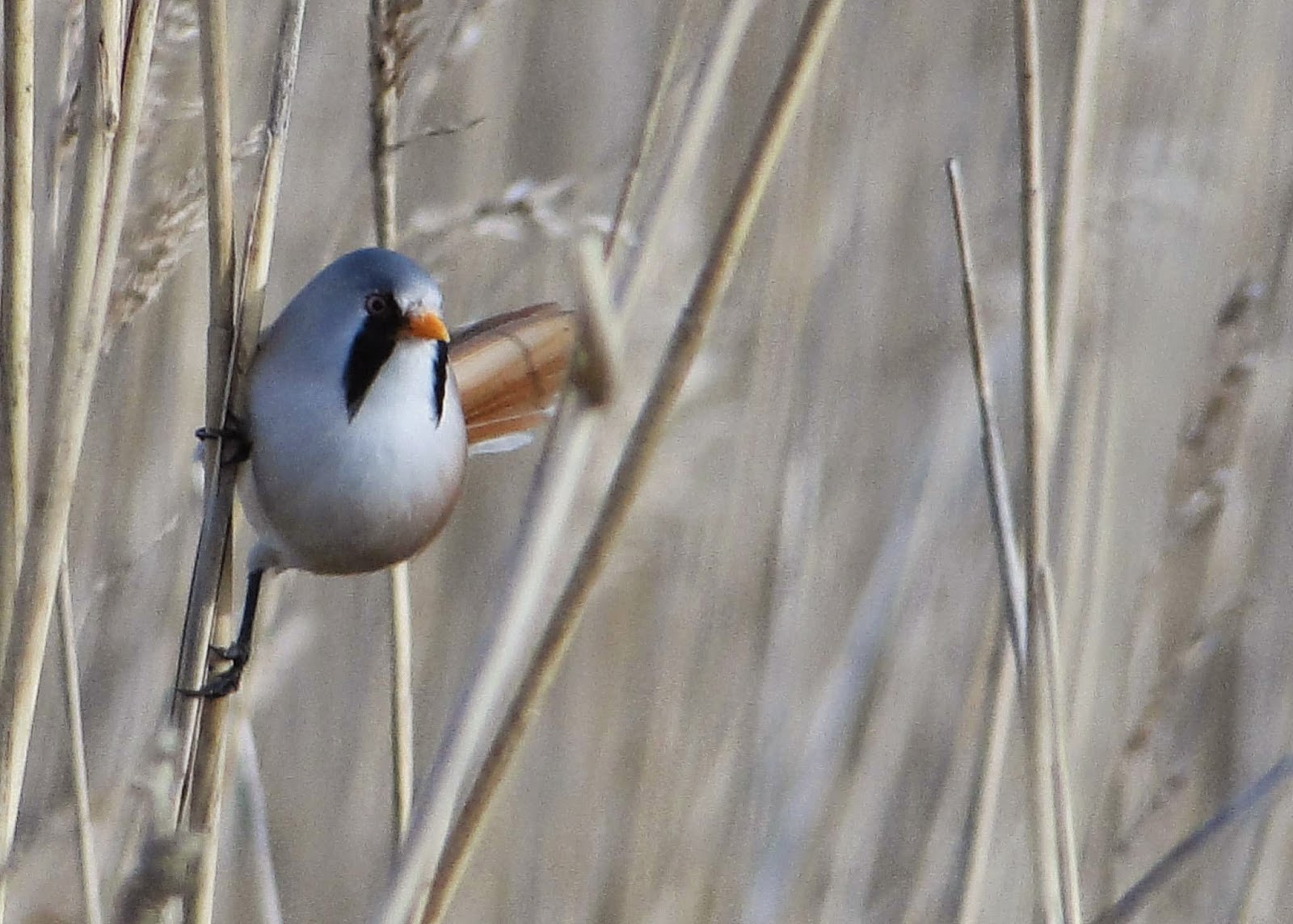