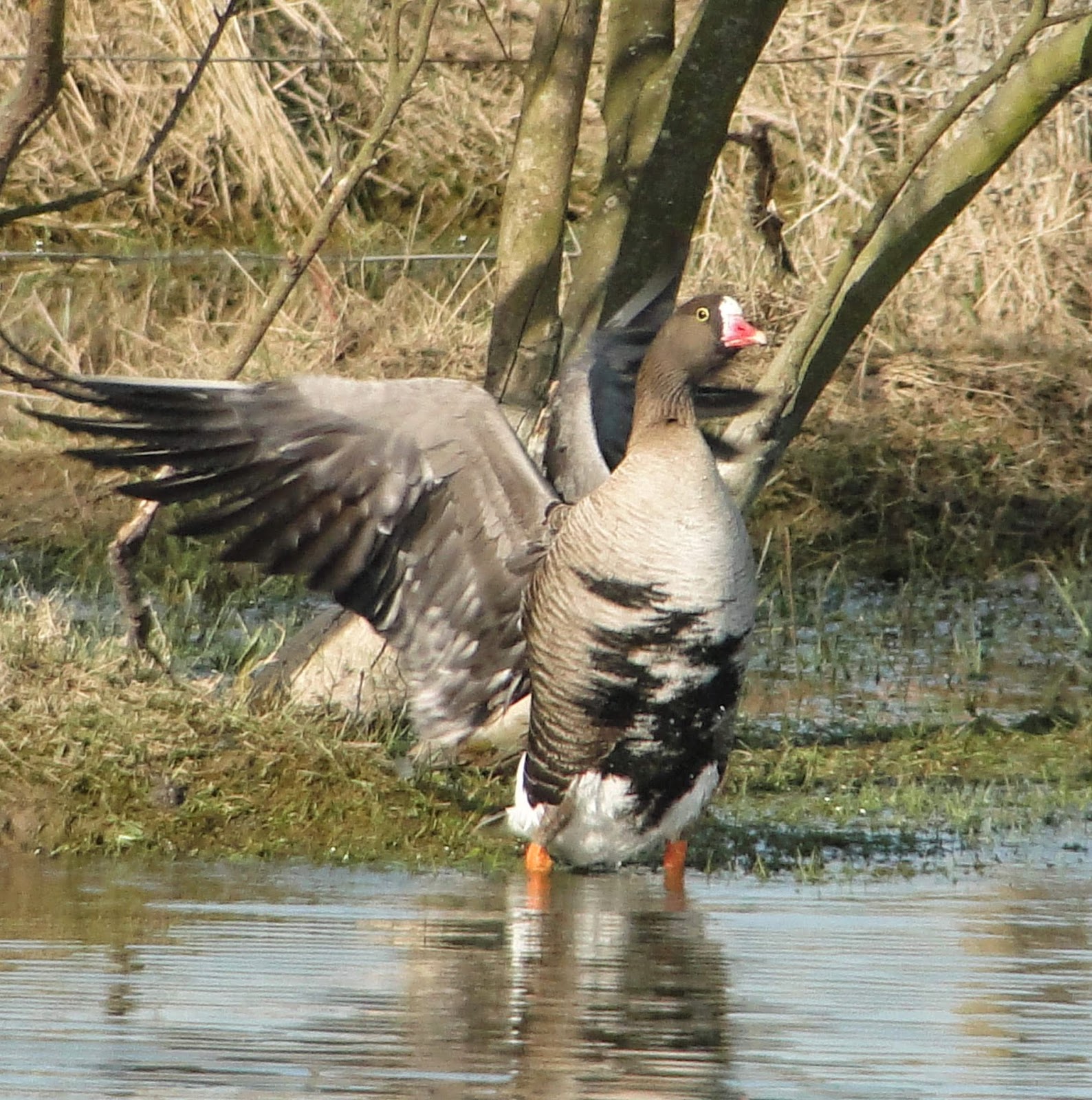 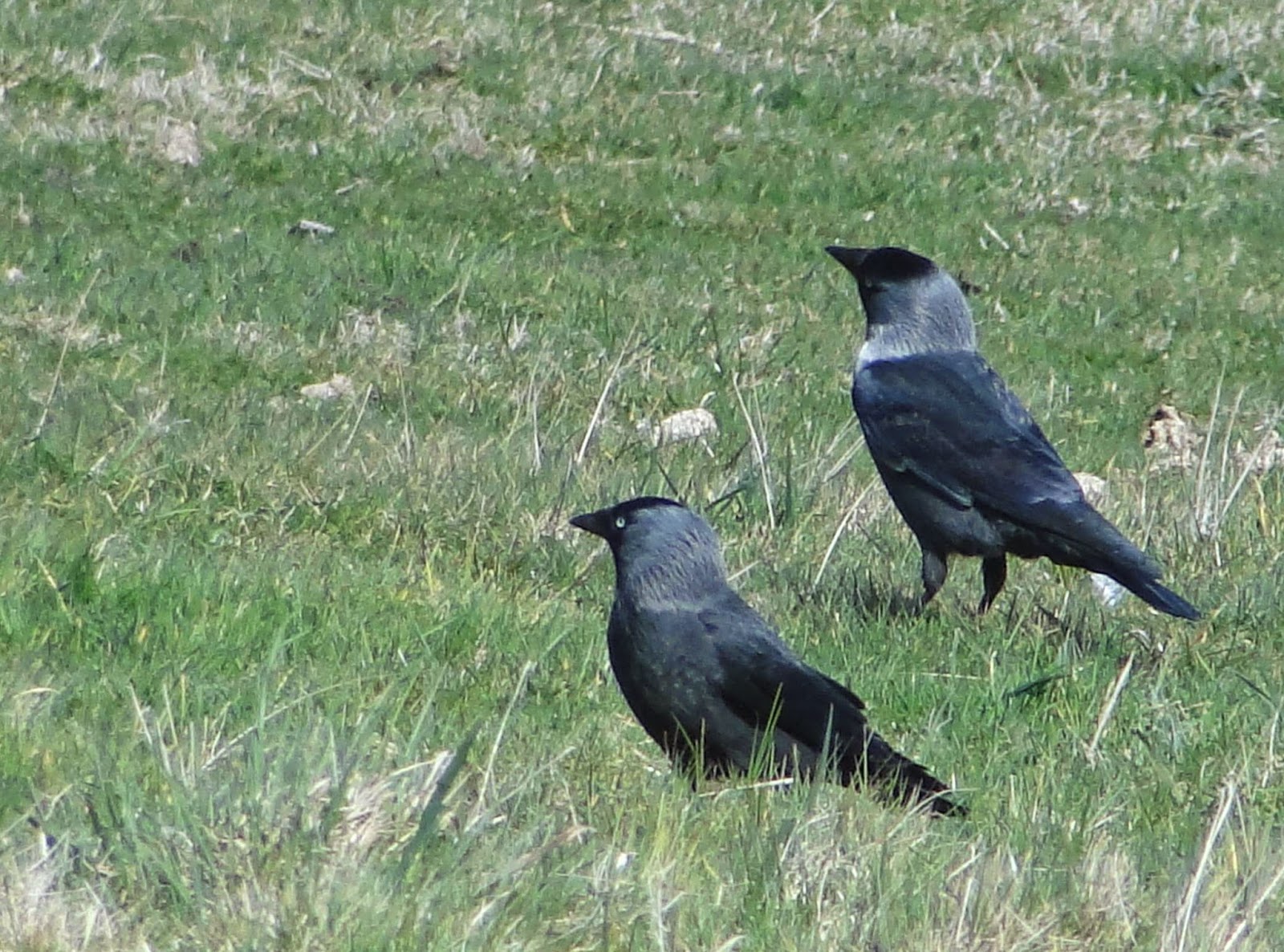 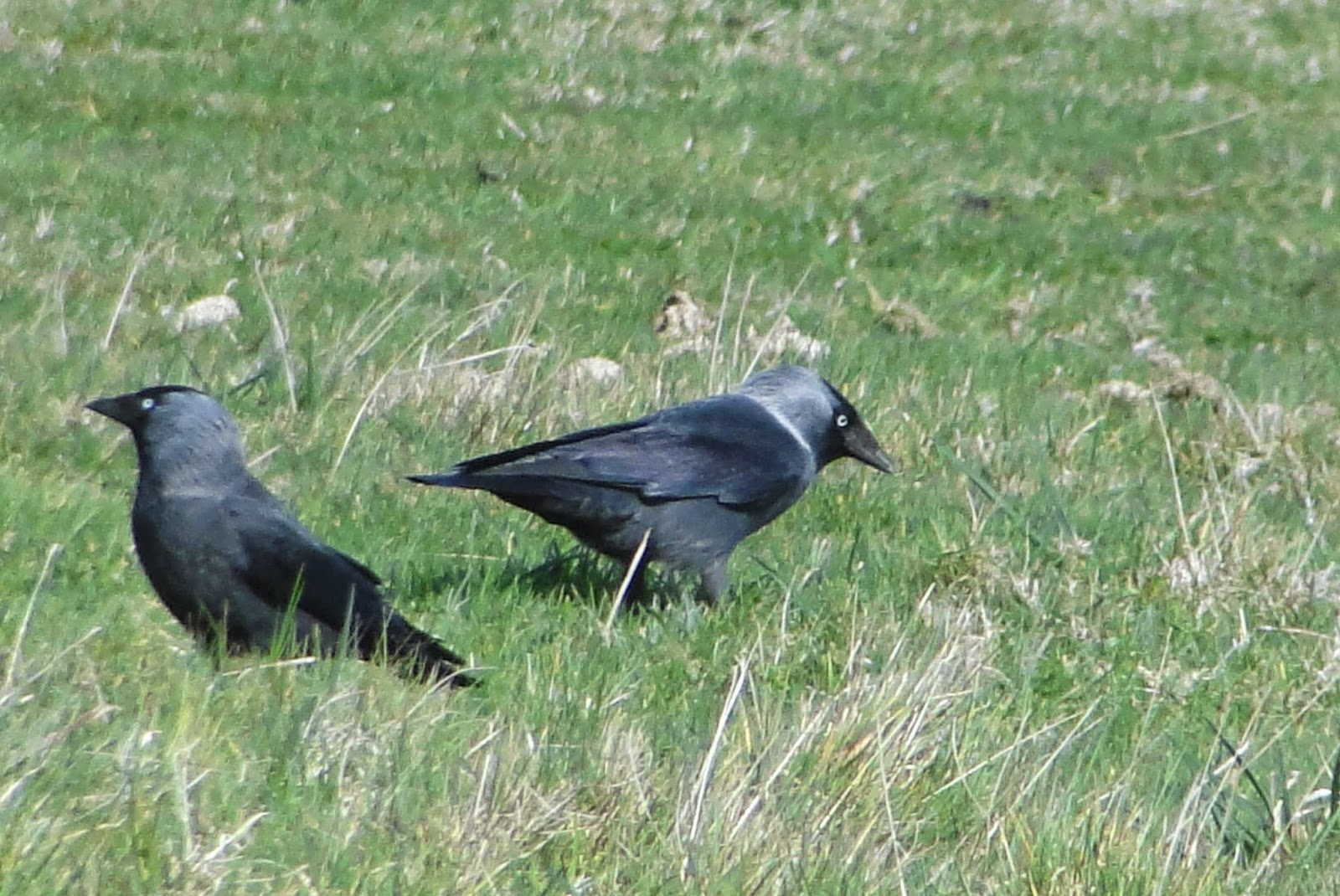 Interesting neck collar on this Jackdaw. 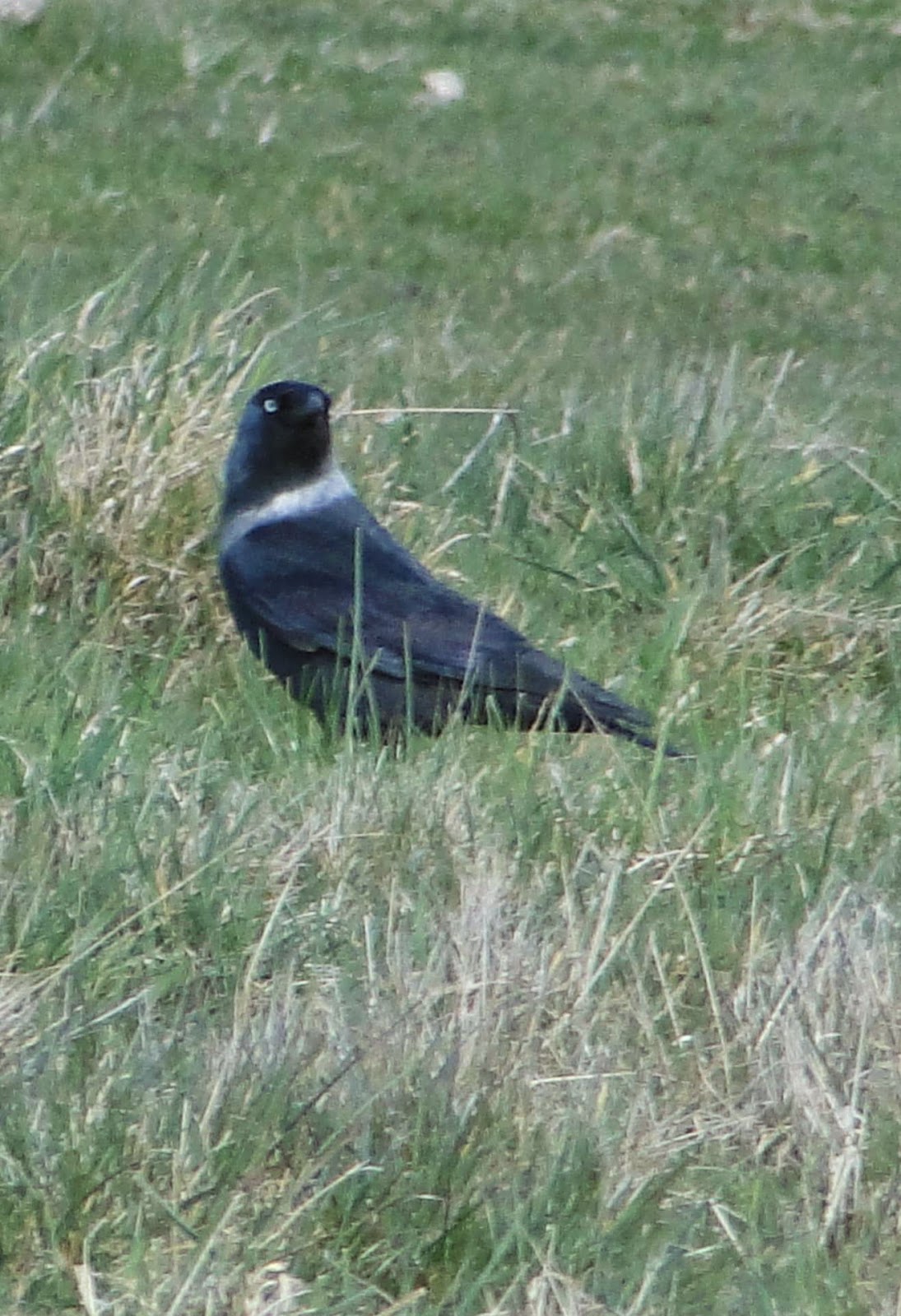 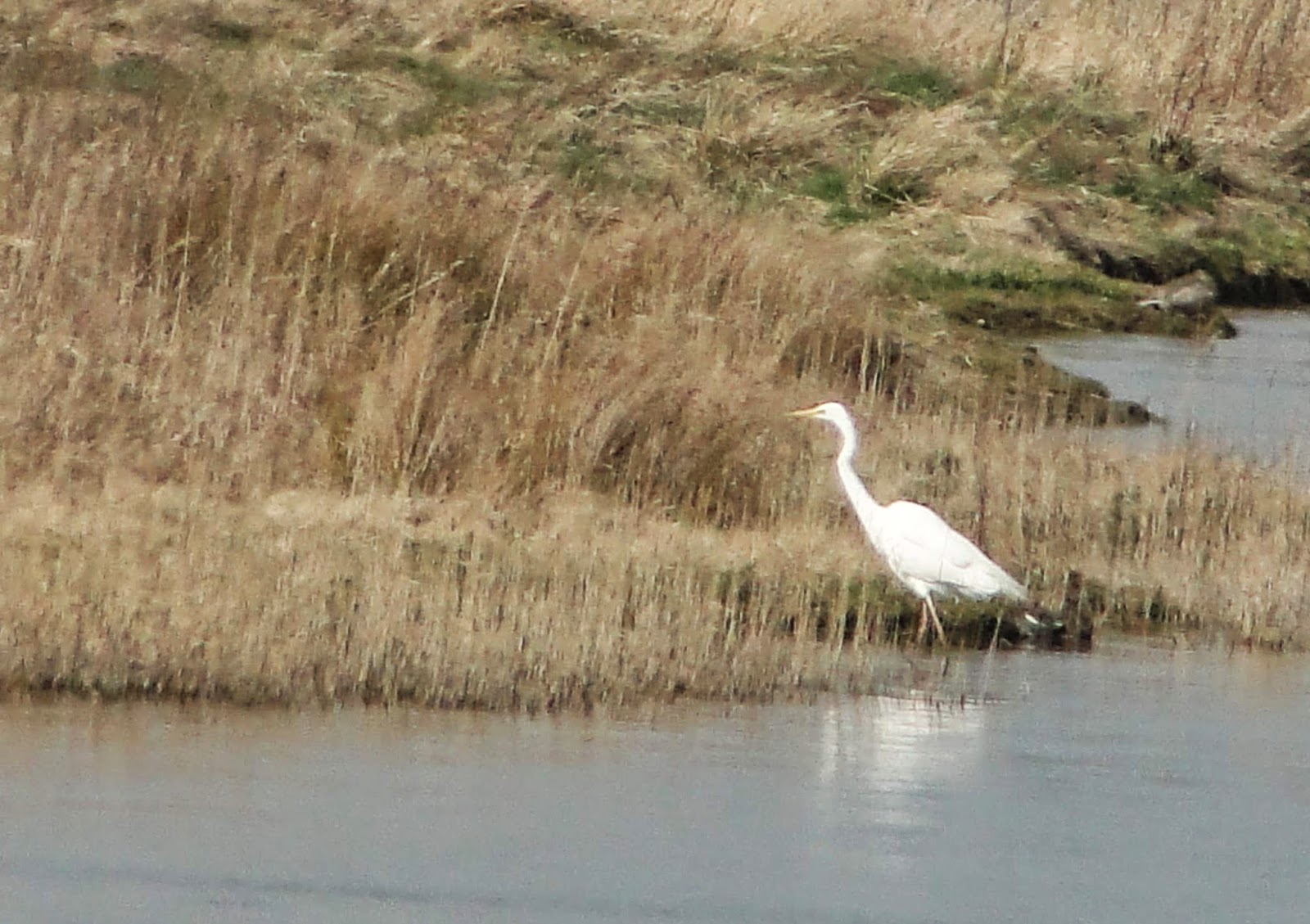 GWE
This was the star of today. At first it was hidden by some vegetation and too far to identify (left scope in car). Decided to take a photo and enlarge on camera (I had seen a little egret earlier in the day and was convinced this wasn't one.). The camera revealed  a completely yellow bill, so trusting my ID, I put out the news and 'dashed' (power walked at best) to my car and returned with the scope. By now it had walked out from the vegetation  and the scope was redundant. It was now clear that it was bigger than the nearby herons. 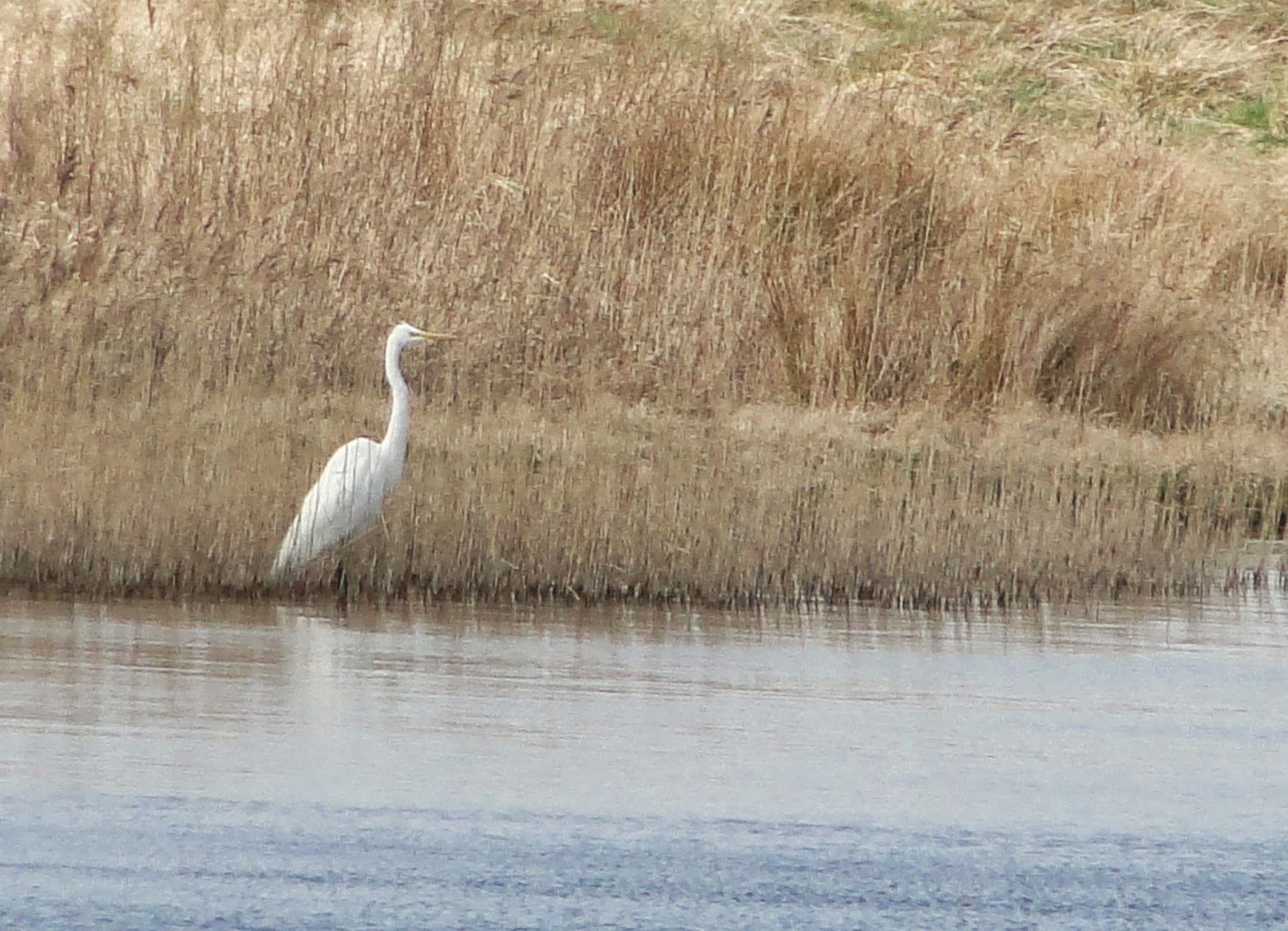 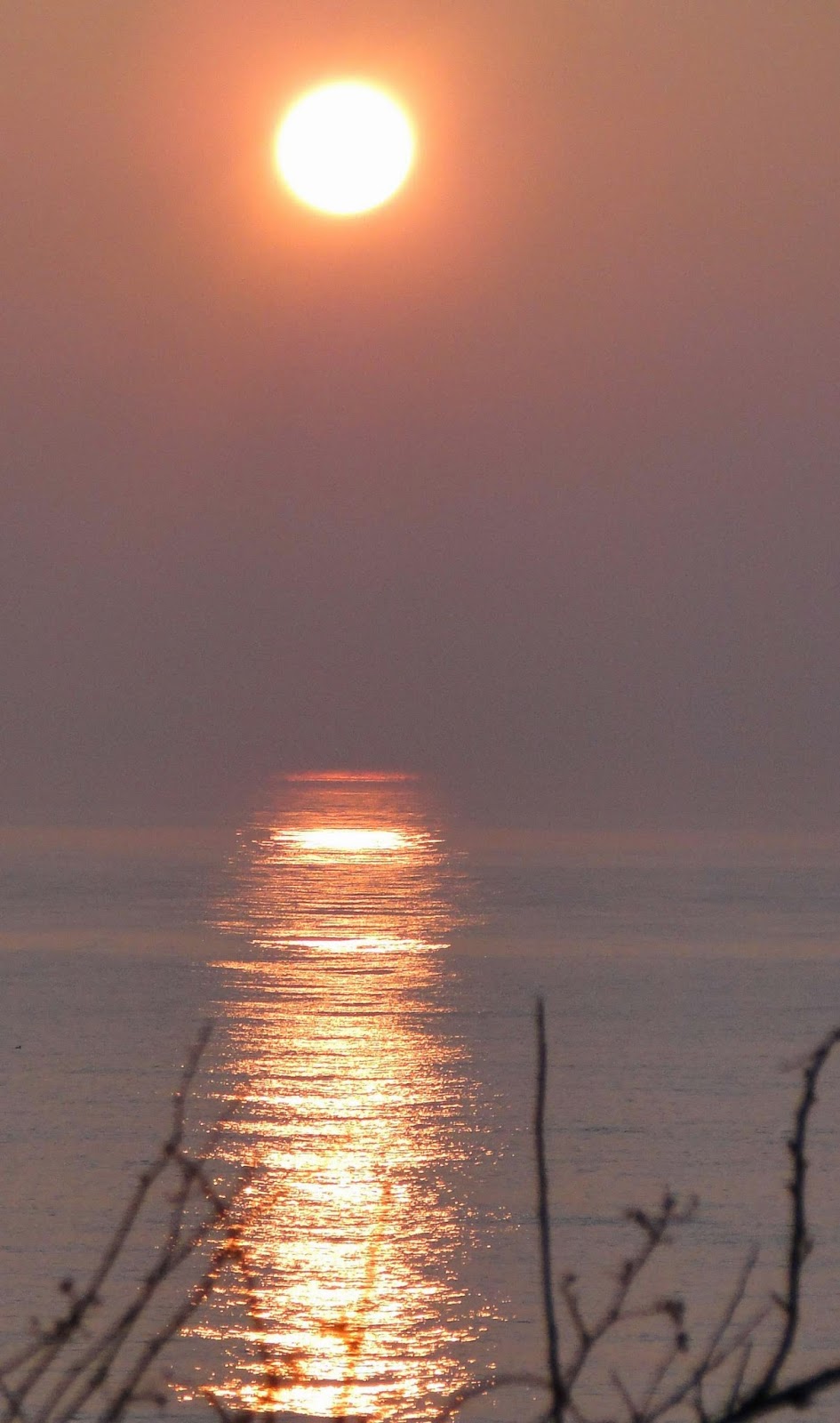 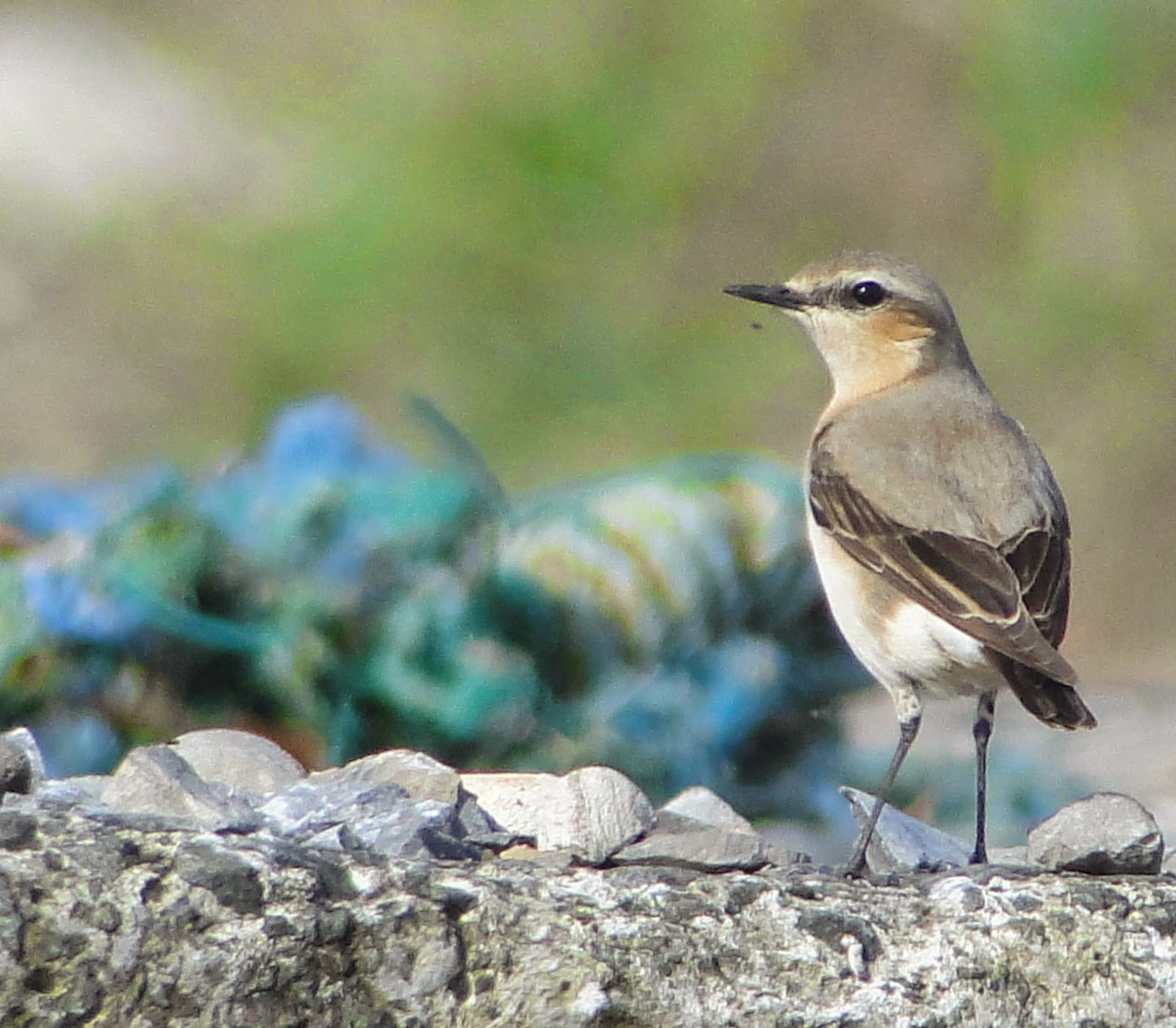 Migrants certainly on the move today and recently.