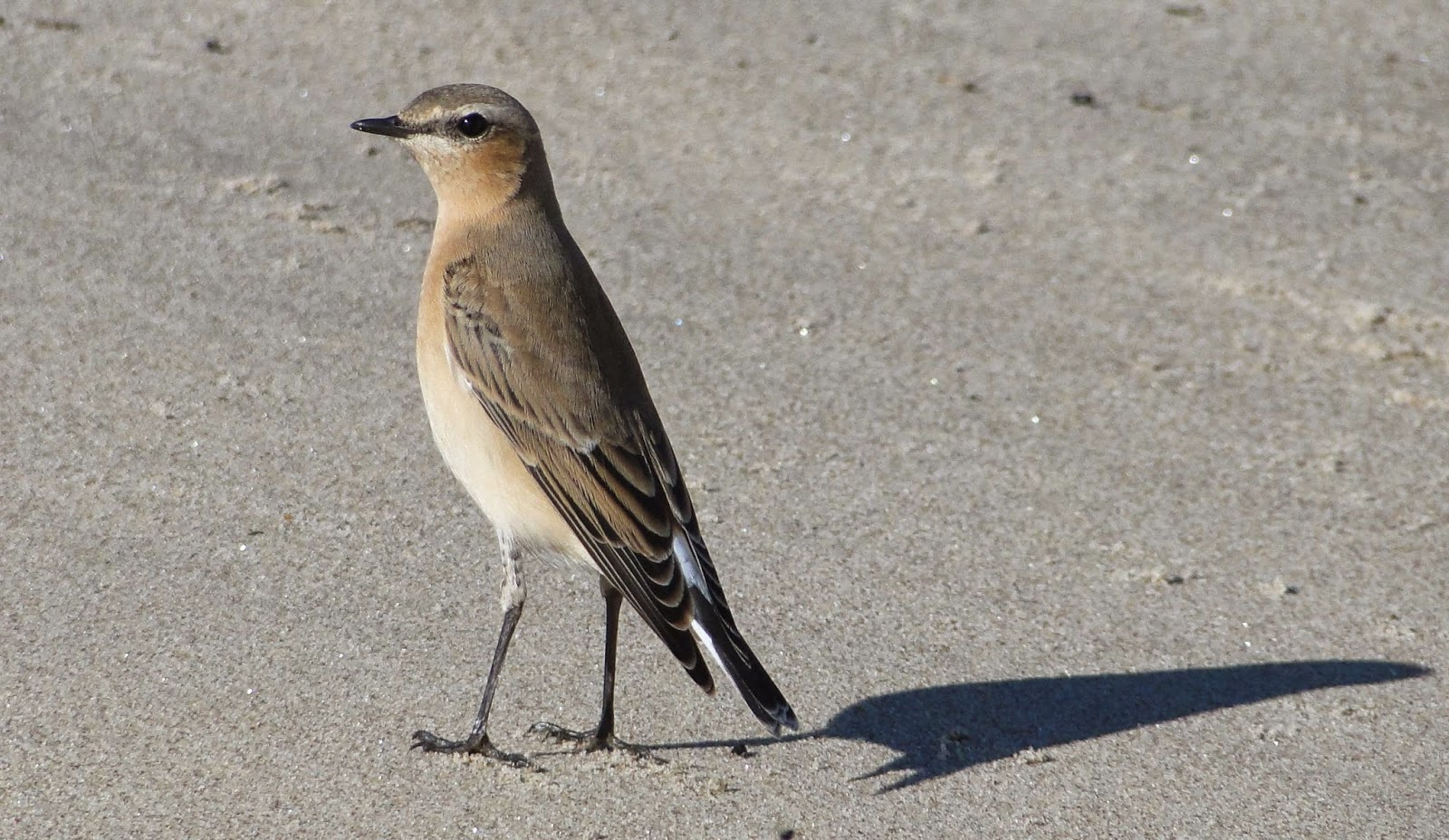 Some birds just have to be photographed. After the 'Man Flu' and rotten weather of yesterday, I was so pleased to get out today. I walked miles. he weather kept getting better and eventually I headed to Newbiggin. I came across three Wheatears, this one was so confiding, even my basic camera got some good results. 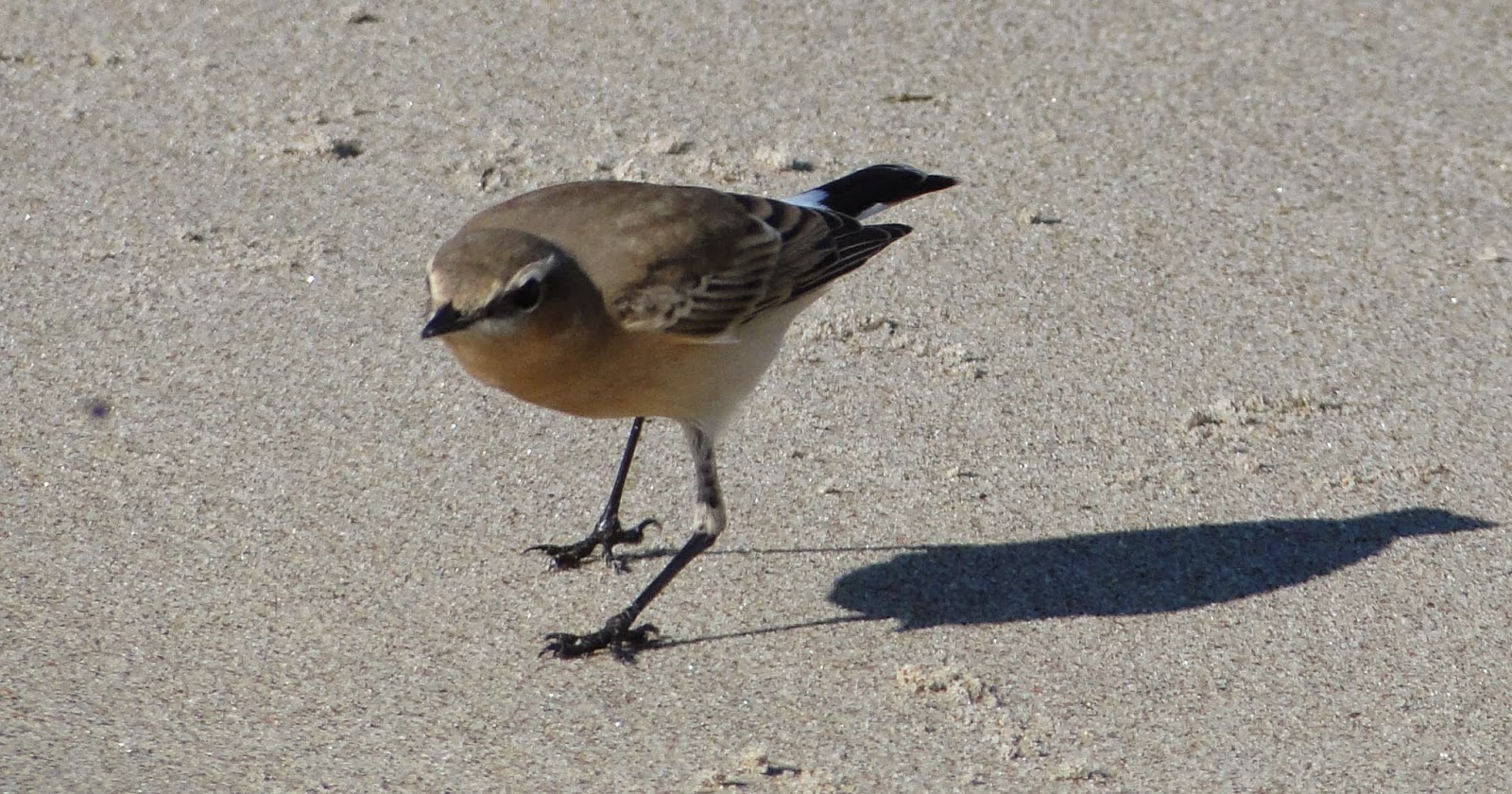 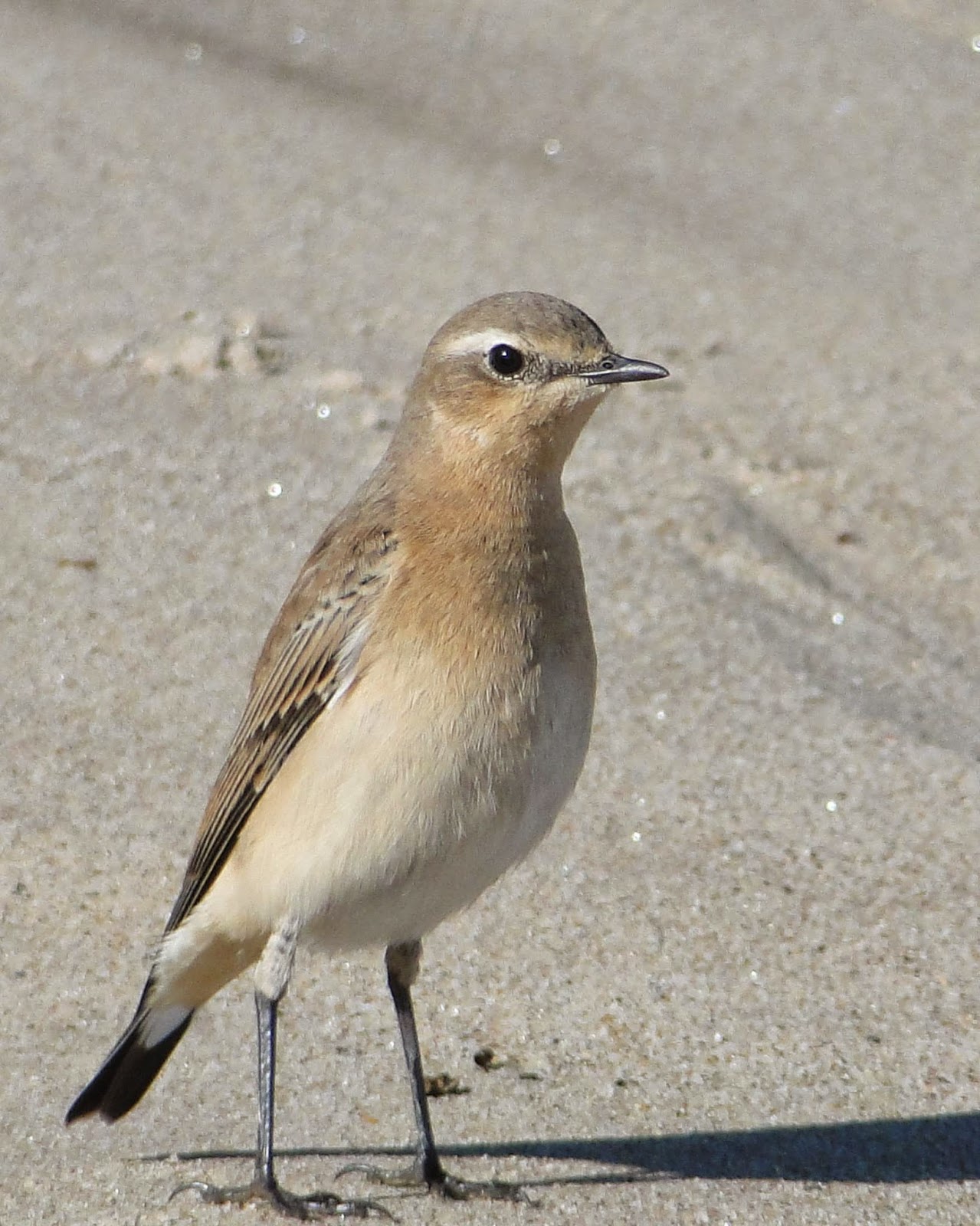 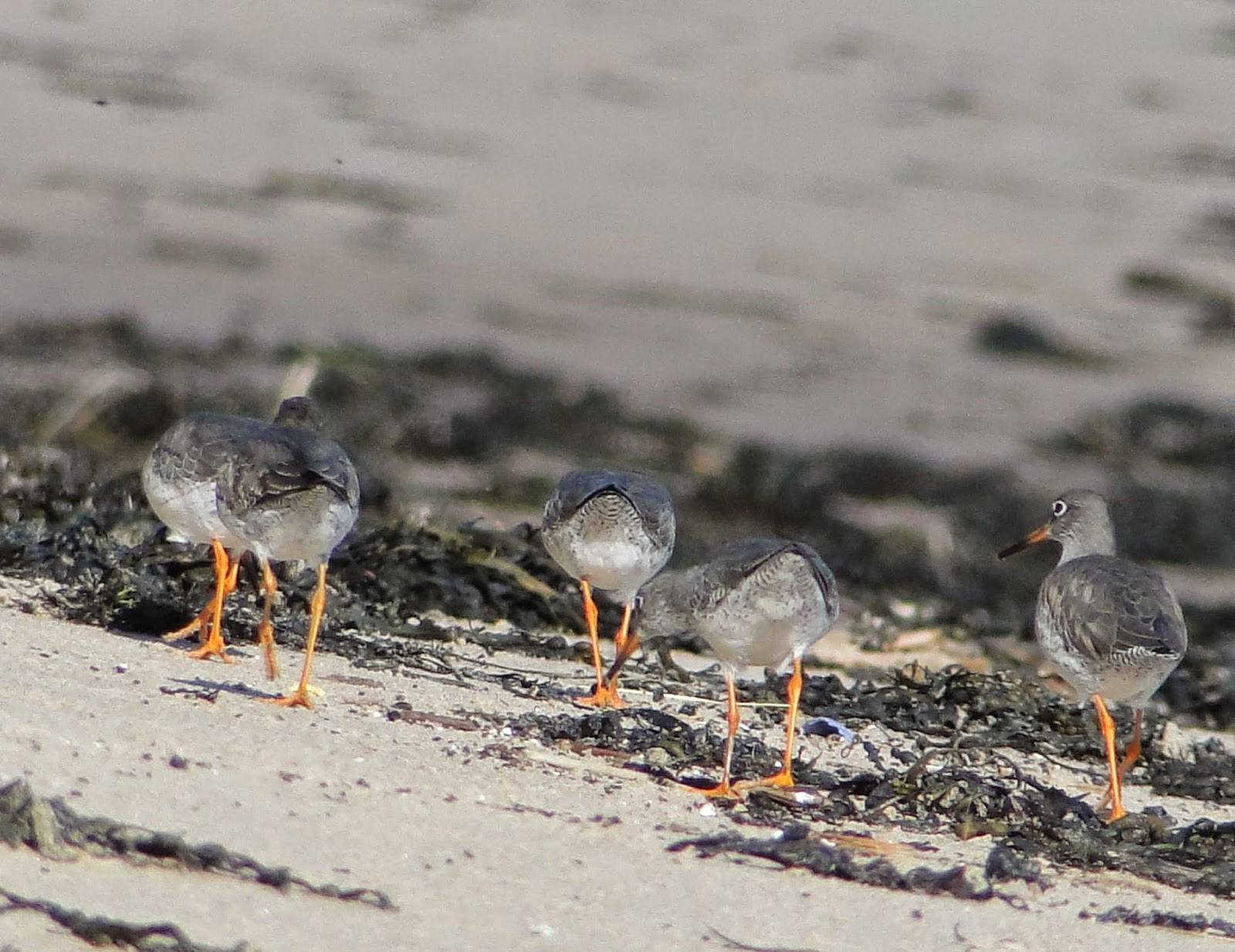 By this stage I was getting very frustrated by ignorant people on the beach and my mood was blackening. I headed for Druridge. 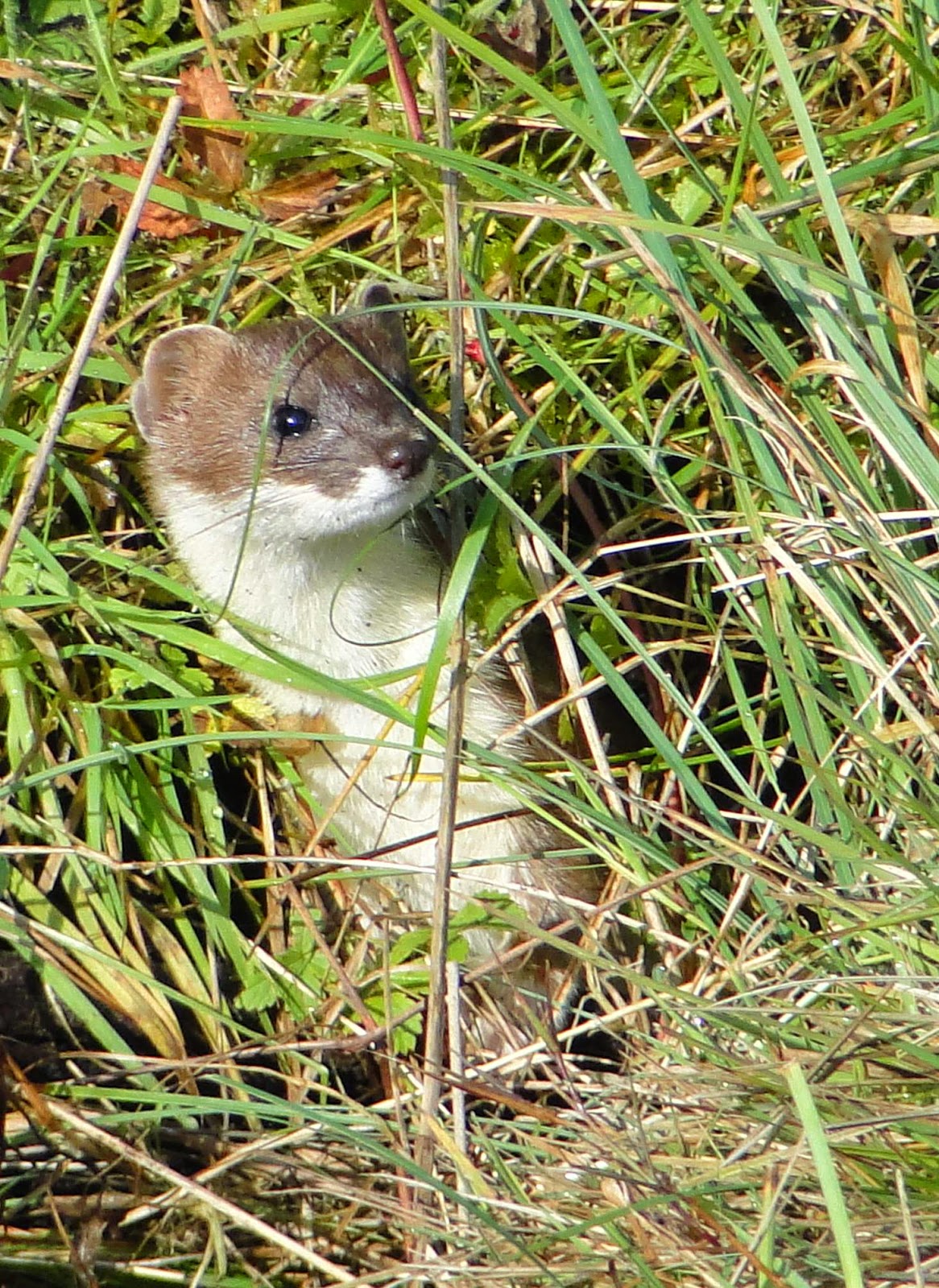 Slightly out of order these shots were taken early morning. 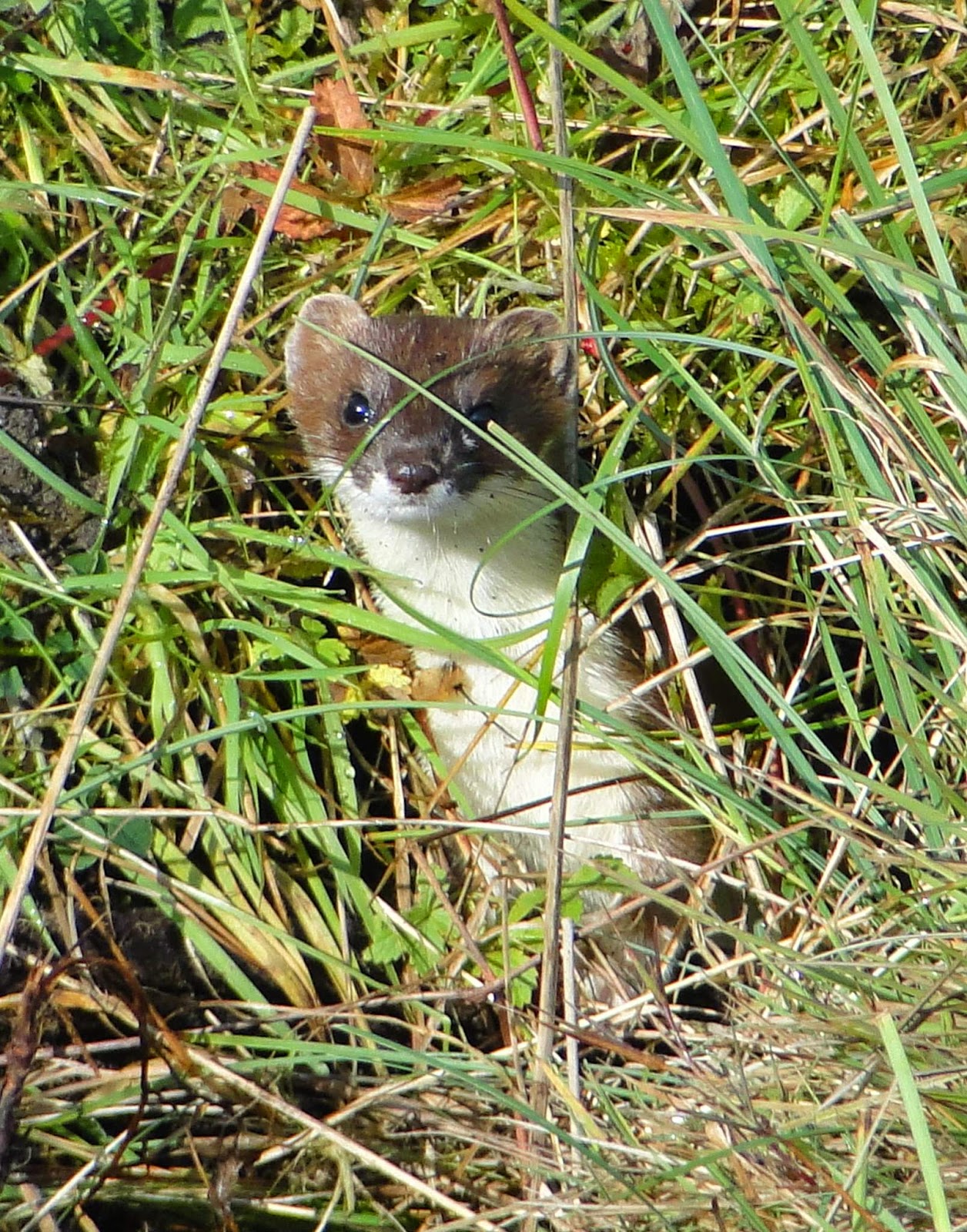 This colour-ringed, Ringed Plover was at East Chev. It had a yellow flag with clear lettering on and I'm trying to find more details. 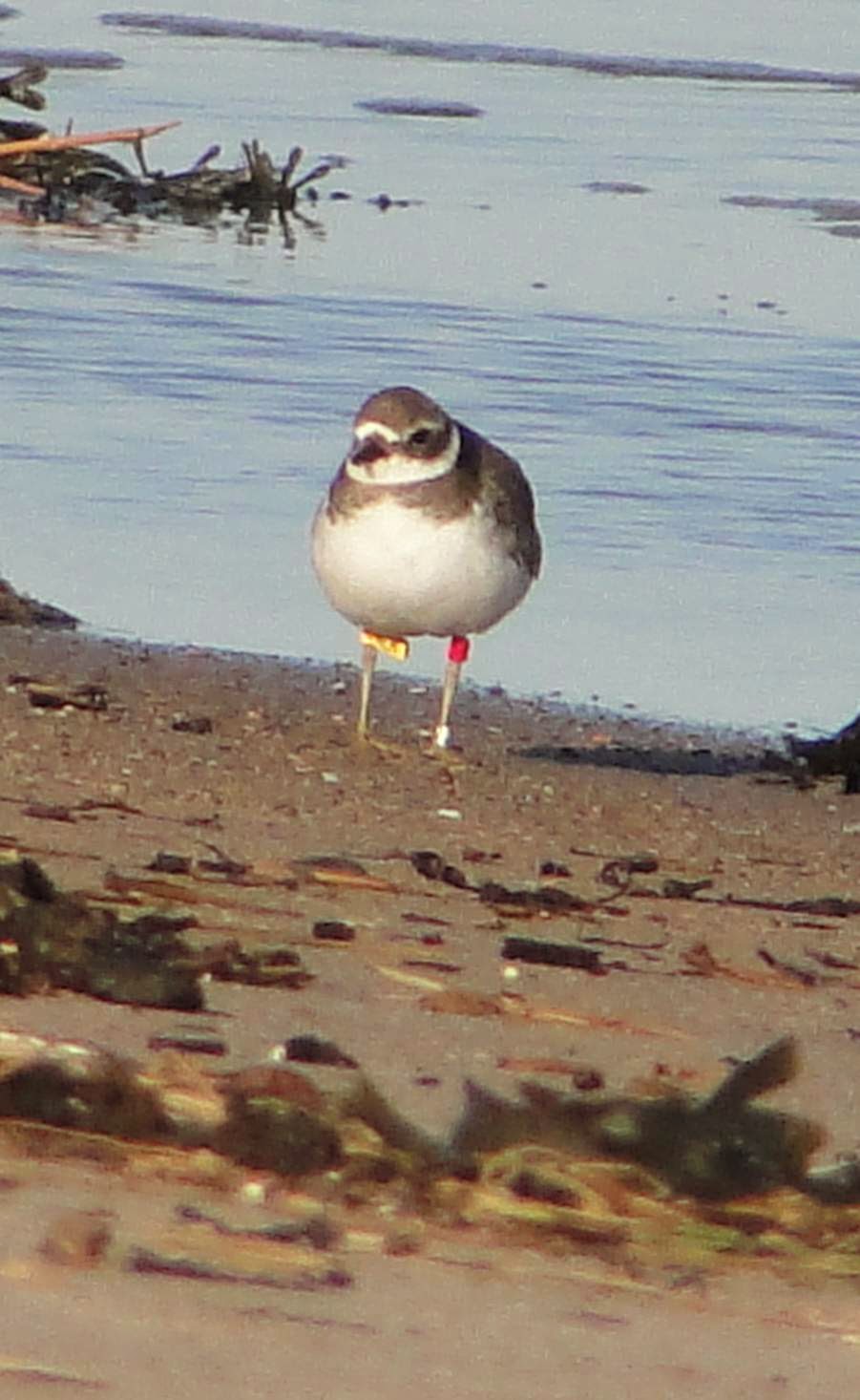 Star bird has to be this Shorelark.
At Druridge I met Hector who had just found this Shorelark. I tried to tweet and text a few friends as I worked my way over the dunes. Sadly predictive text took over and many garbled messages went out. Eventually I settled on the beach and waited for the bird to approach. The result some half-decent photos but as the tide rose it became more unsettled. It was eventually seen at Chevington, and the very high tide left it little space to evade the people on the beach. 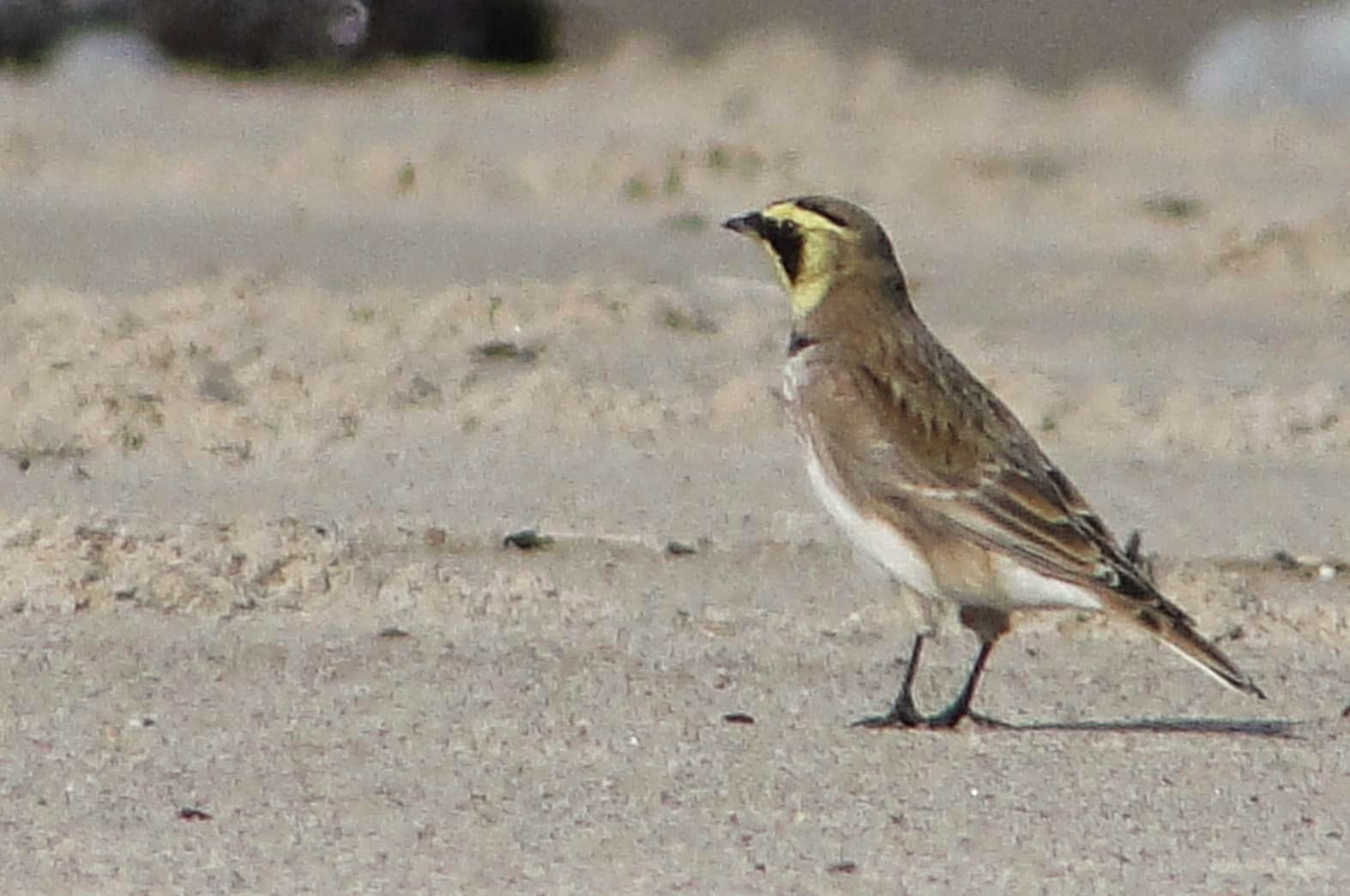 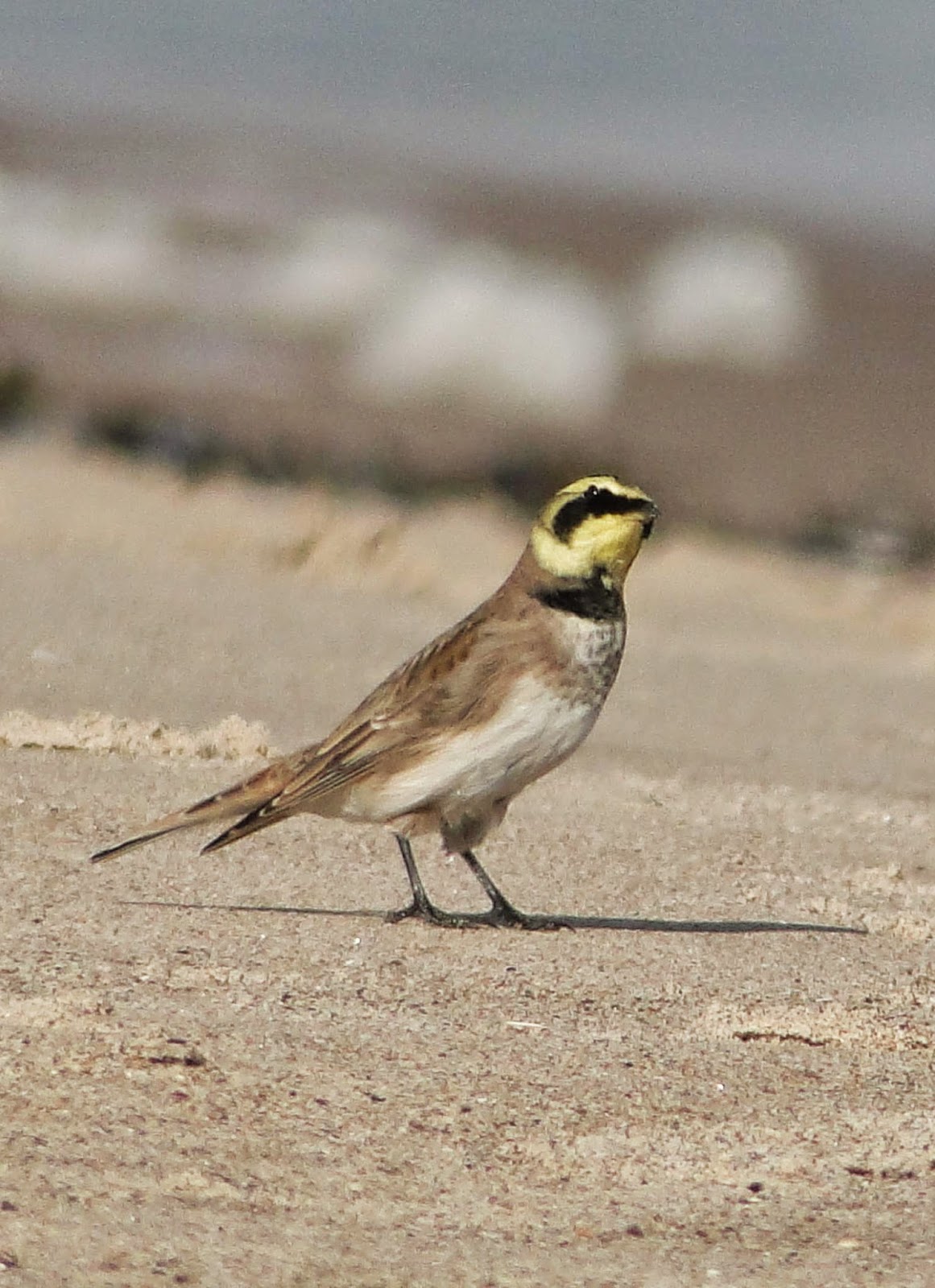 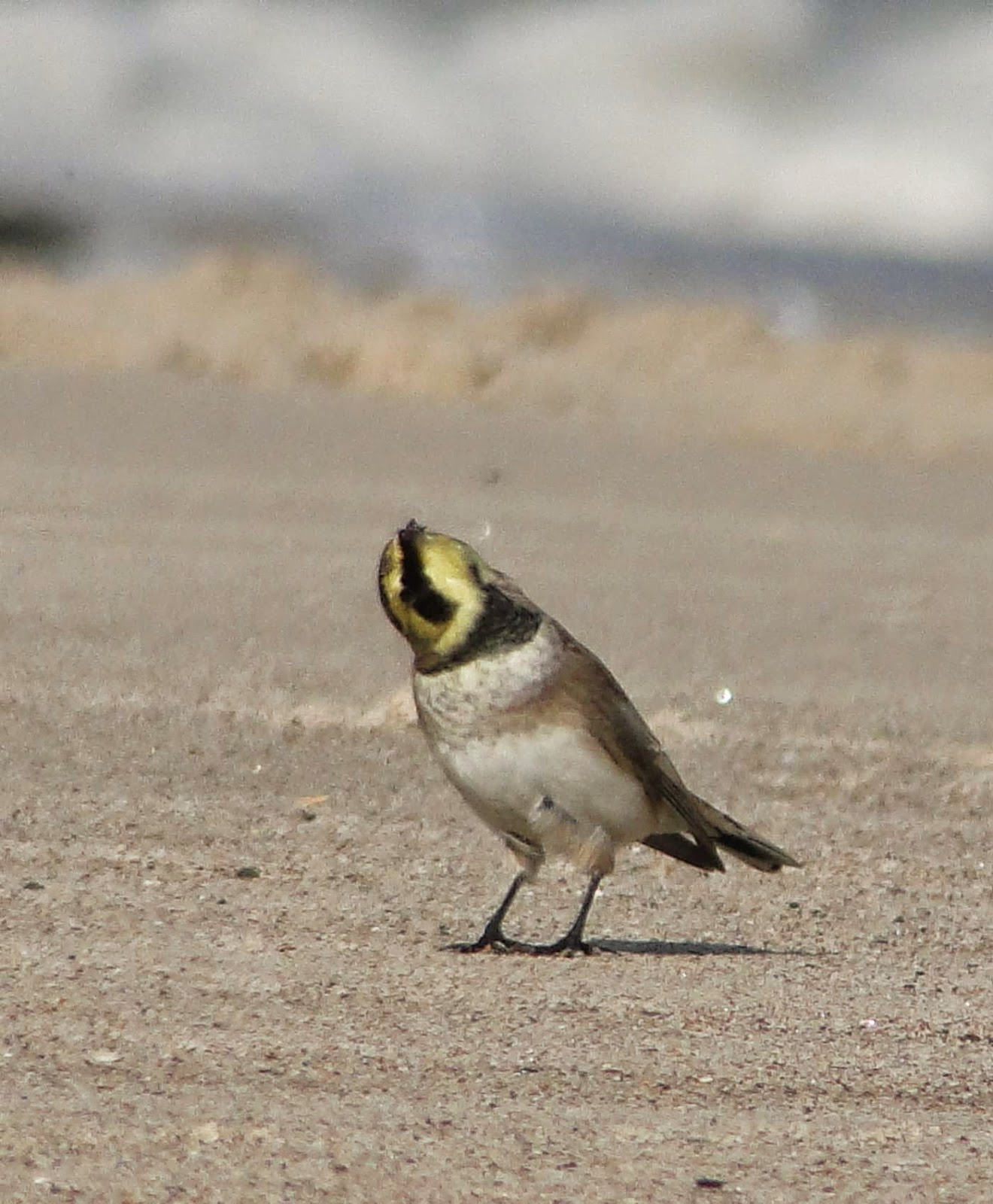 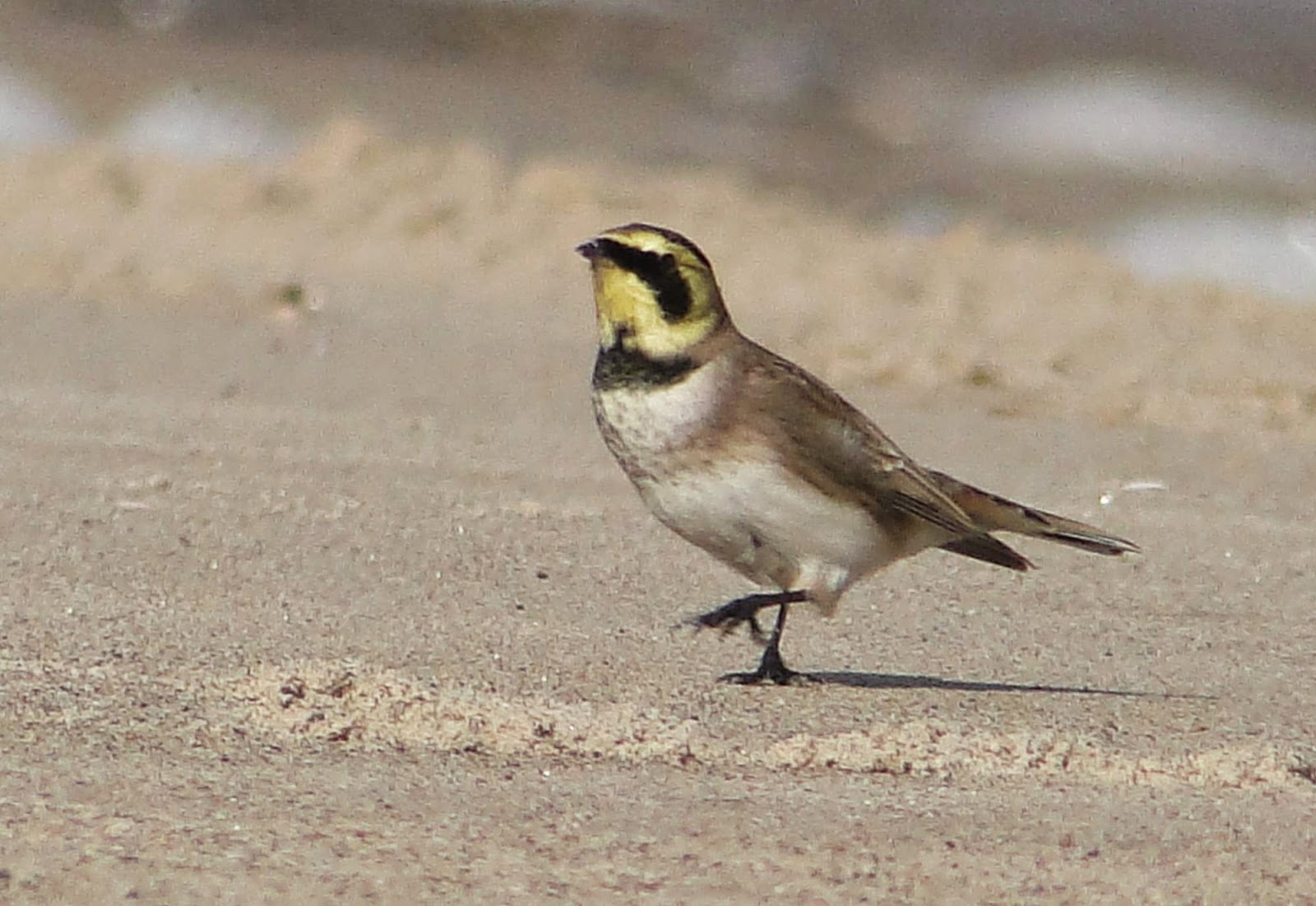 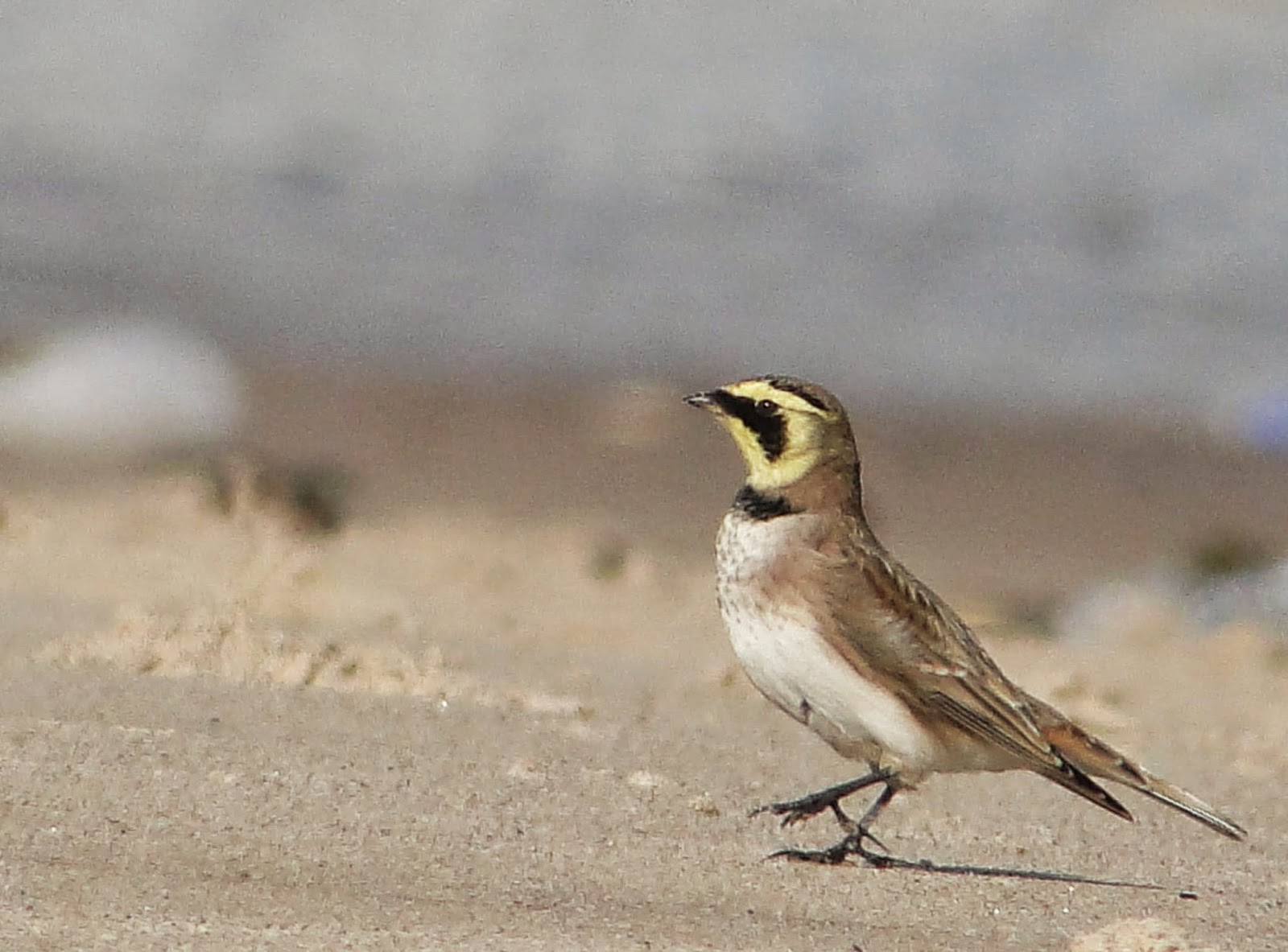 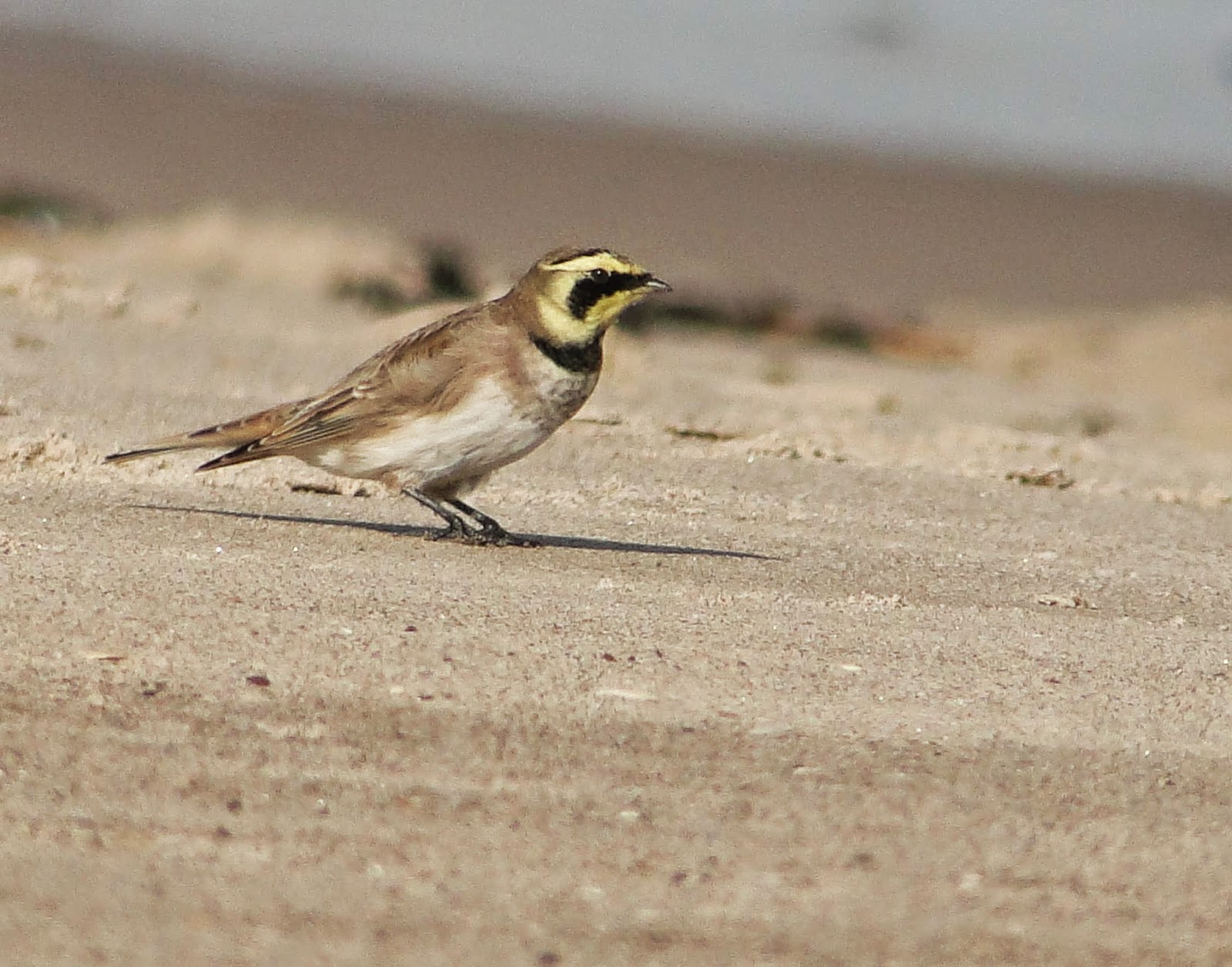