End of the Month 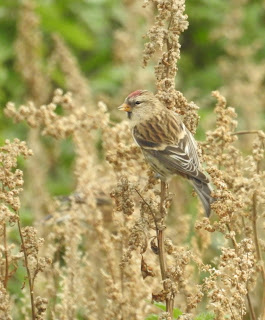 Well September is all but over. Plenty of bird movement still but the Mega is eluding me.
This week it was a Redpoll joining the Goldfinch flock (last week Siskin).
Skylarks on the move along with Meadow Pipits still (Where are they all coming from?) and Grey Wagtails. 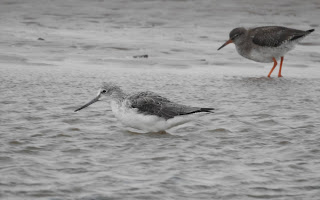 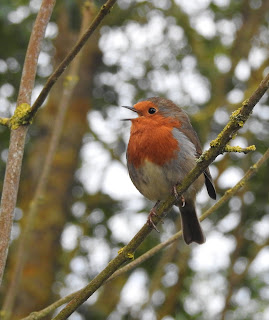 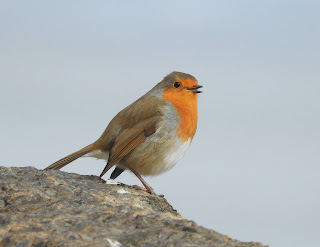 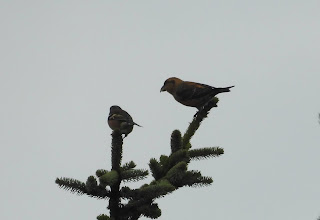 This wing barred bird with the Crossbill had me going for a second or two until I  realised it was a Chaffinch.
Well what will October bring? Don't think I'll catch up with anything next week so I hope the excitement stays on hold until the second half of the month.
(By the way the lack of Twitter and RBA has made me realise how much I used to look at my phone ...)
Posted by baybirding at 03:36