May, A lucky start! 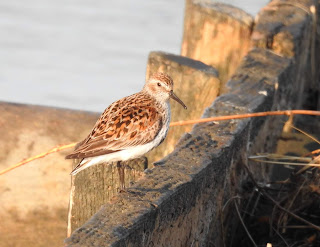 Just as April was drawing to a close, thoughts were that this spring was probably going to be the worst ever. However Hoopoe, Osprey (fishing), Purple Heron and Bee eater ... they're not shabby! I was very lucky to eventually see the Hoopoe. 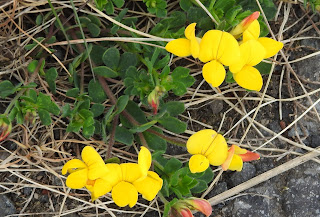 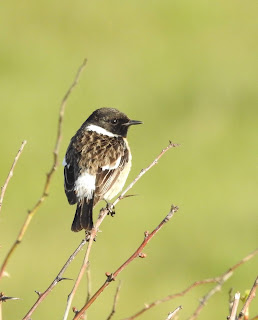 Today 2nd May, my target was Whinchat. Not many reported but it looked good for one this morning. Feeling well but with a dodgy tummy I was keen to keep my distance from others and armed with plenty of tissues I was well prepared. (Hope you're not eating right now.) 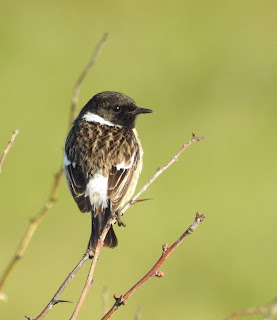 Well my 4 hour walk was pretty uneventful. Ruddy Shelduck still lingering, Whooper Swan in the field and some bright Wheatears. A flock of geese flew over calling. I stupidly dismissed them as Pink-feet only to be told later they were in fact Barnacle Geese. This is something I am guilty of ...  careless birding. 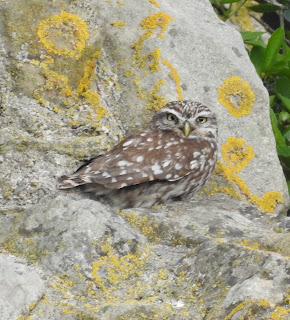 Leaving Druridge I got a call to let me know about 2 Whinchats. Oh thanks, that has made my day. So as I examined the Hawthorn hedge for Hoverflies something made me look upwards. Get in, Get in. 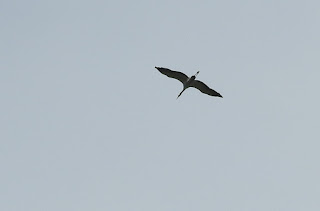 One of GW's target birds this weekend was Common Crane, I rang him but he was a mile away and missed it by a whisker. Hope he has more luck tomorrow with his other target species. 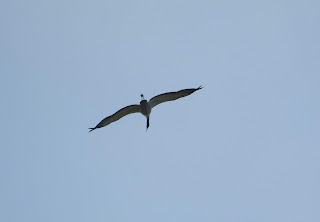