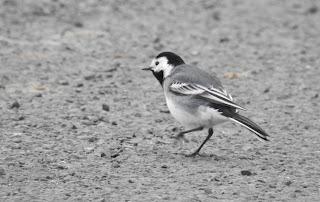 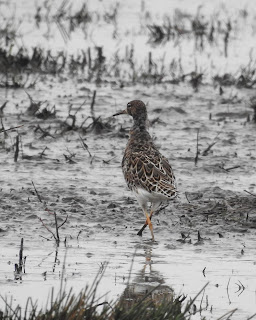 This morning I shortened my walk and was back in the house by 09:00. I saw three cyclists and one dog owner who had driven to the beach to 'empty' her dogs. When I got home the traffic noise suggested many people were heading for some shopping so I'm glad I got out early. 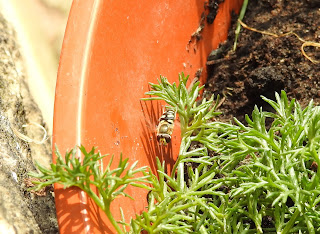 Hoverfly in the garden. (Syrphidae sp?)

Blackcap singing and Swallow at the farm in the village but no sign of yesterdays House Martin. This week I saw my first Sandwich tern and a 'Commic' tern. 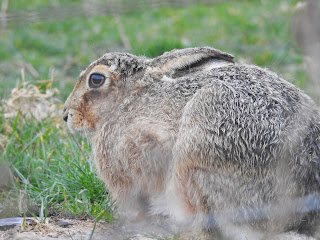 Photo through the fence explains the fuzzy areas. 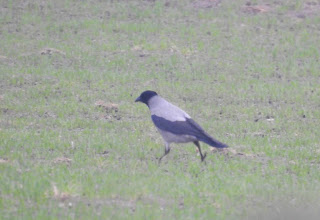 This is probably the same bird found by JG and later by AP. It is gradually heading North. This morning there was a notable increase in Wheatear numbers (probably the light shower grounding them). In addition I saw three flocks of Meadow Pipits (30+ each) heading north. 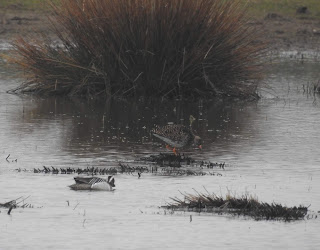 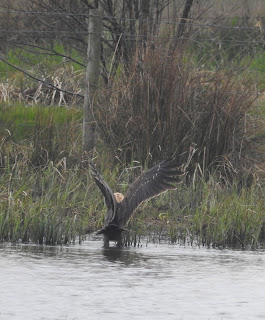 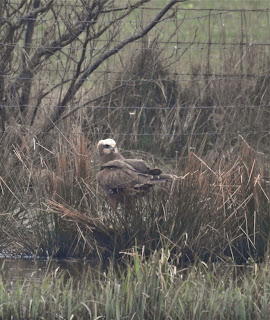 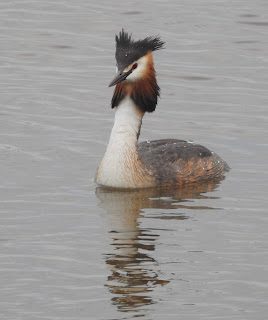 The down side to early morning walks is the light can be poor. This Great Crested Grebe was stunning but the photos don't do it justice. 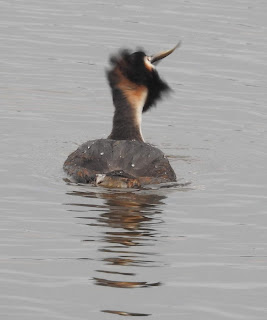 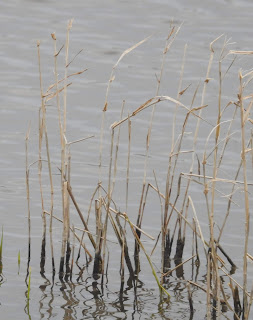 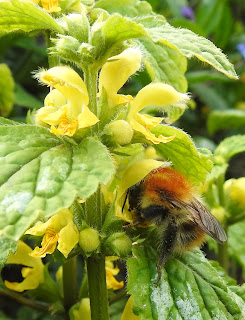 The flowers are a garden escape ...