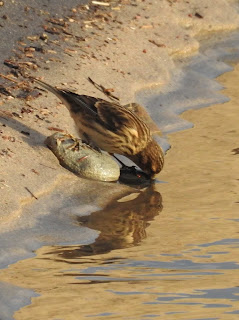 Up to 50 Twite have been feeding and drinking at the Burnmouh, East Chev. 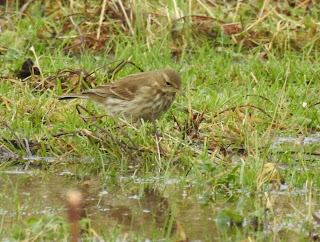 Water Pipit still lingering near the coal road but getting harder to locate. A brief sighing was 'reported' earlier today (27th Dec). 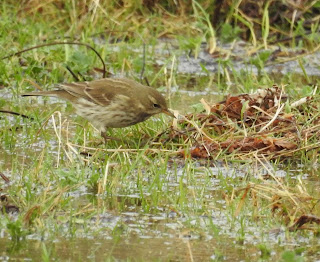 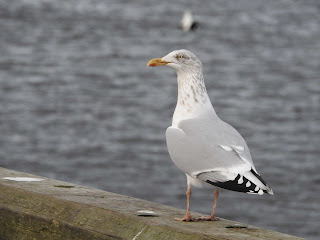 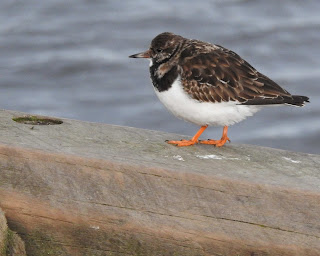 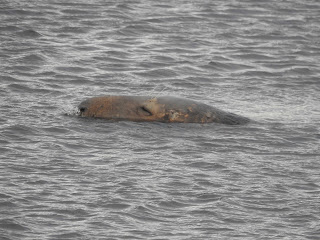 Monster in the Harbour! 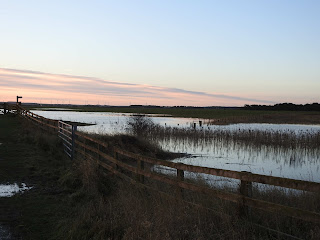 A lot of water about (but mustn't complain ... we're not in Cumbria or Lancashire). 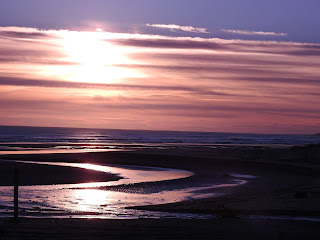 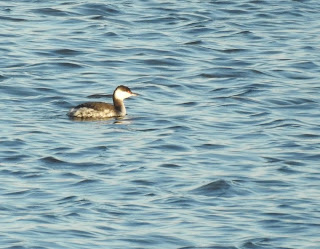 A distant Slavonian Grebe on the North Pool and the Marsh Harrier on the South Pool. 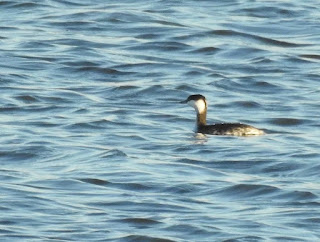 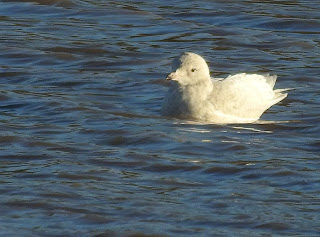 Having notice a couple of Iceland Gulls (DBCP) last week I spotted another in fields near the Hauxley turn off. Today there wasn't a gull in the field but DBCP had this rather smart one. 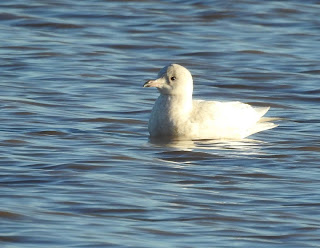 Trick to et exposure right. It was a bright sunny day and despite trying I never quite got it perfect, hey ho! 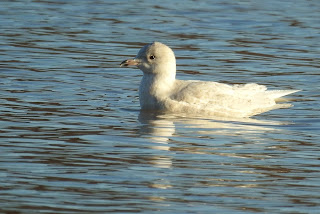 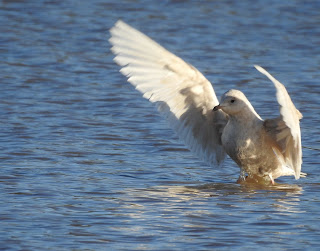 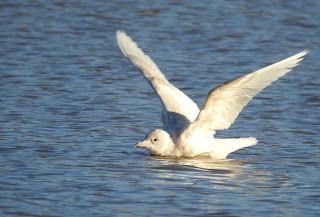 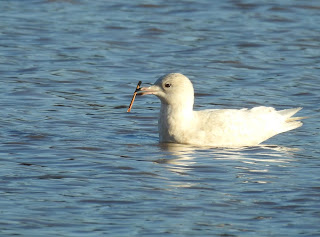 At one stage picked up reeds and started snapping them. I wonder if it was looking for wintering larvae? 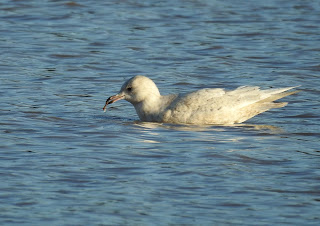 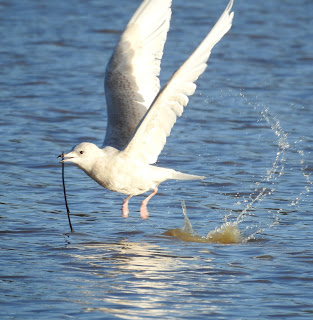 Just a few more days and the listers will be back to zero for the year. I think I'll avoid Chev on Saturday? 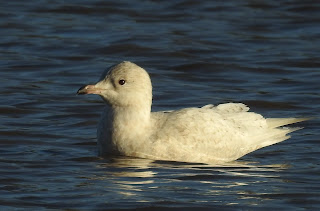