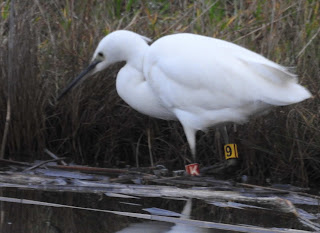 Early start at Warkworth and this Little Egret caught the eye. I have emailed Richard Hearn but the automated reply and his blog last updated in January mean It may take some time for info. 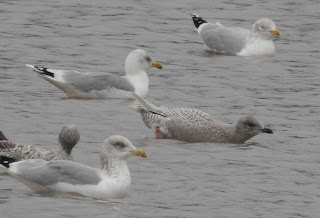 Having checked Amble regularly recently my trip to Warkworth allowed me to explore the North Pier roost but I drew a blank with White-wingers. 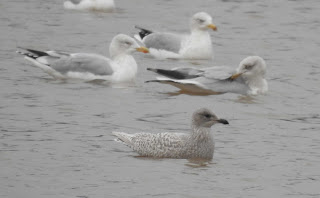 When I arrived at the Country Park (DBCP) Ladyburn lake I was amazed to find; 300 Herring, 100 Common and 100 Black-headed Gulls. 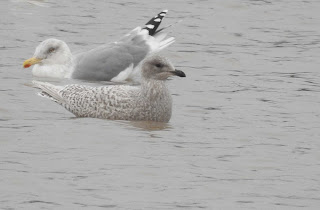 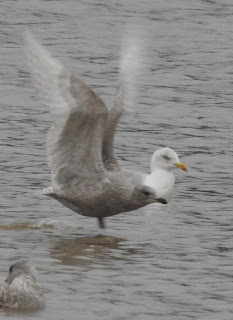 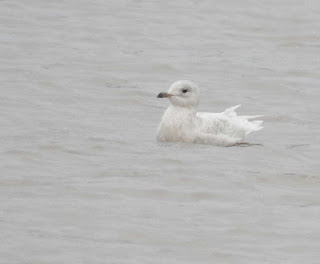 Then this one appeared  this is also a Juv. Iceland Gull but at a more advance state of plumage. The dark iris turns paler in the second year. (Always learning!) 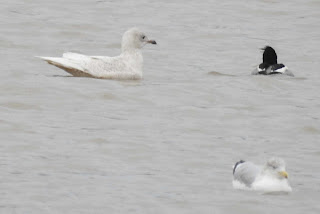 As I wandered around Chev later I was informed of a Lapland Bunting sighting in the dunes but sadly I failed to relocate it. I was compensated by a flock of 30 Twite.