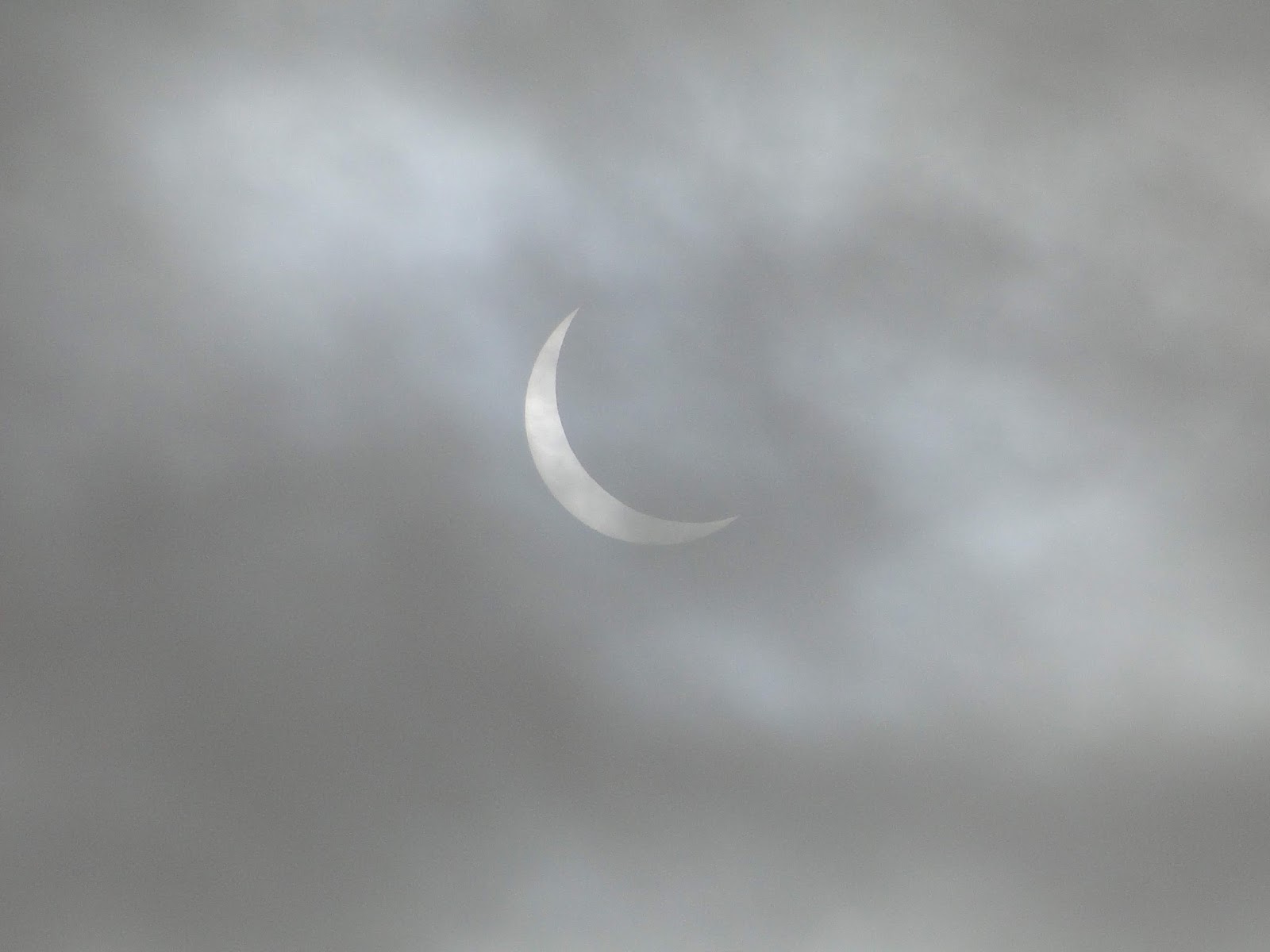 Now this was one day I would have liked to be back at work. All the kids on the field waiting to see if it was gong to be visible. Clear skies would have been terrible unless everyone had filter/glasses but with the cloud cover varying there were times observation was easy and when it got a little brighter it was OK to view through a blank CD (anyone else try it?).

There were times when the light was too strong and  especially when it passed under 70% cover. The sequence of photos is chronological. Showing the moon passing from right to left (or anticlockwise around the Earth).

Also the fact that the moon was not visible for the rest of the morning despite being there! All to do with the sunlight being so bright, the tiny speck (it's all relative) of the moon was reflecting so little light in comparison.

Aah ... the outdoor classroom, nothing better! 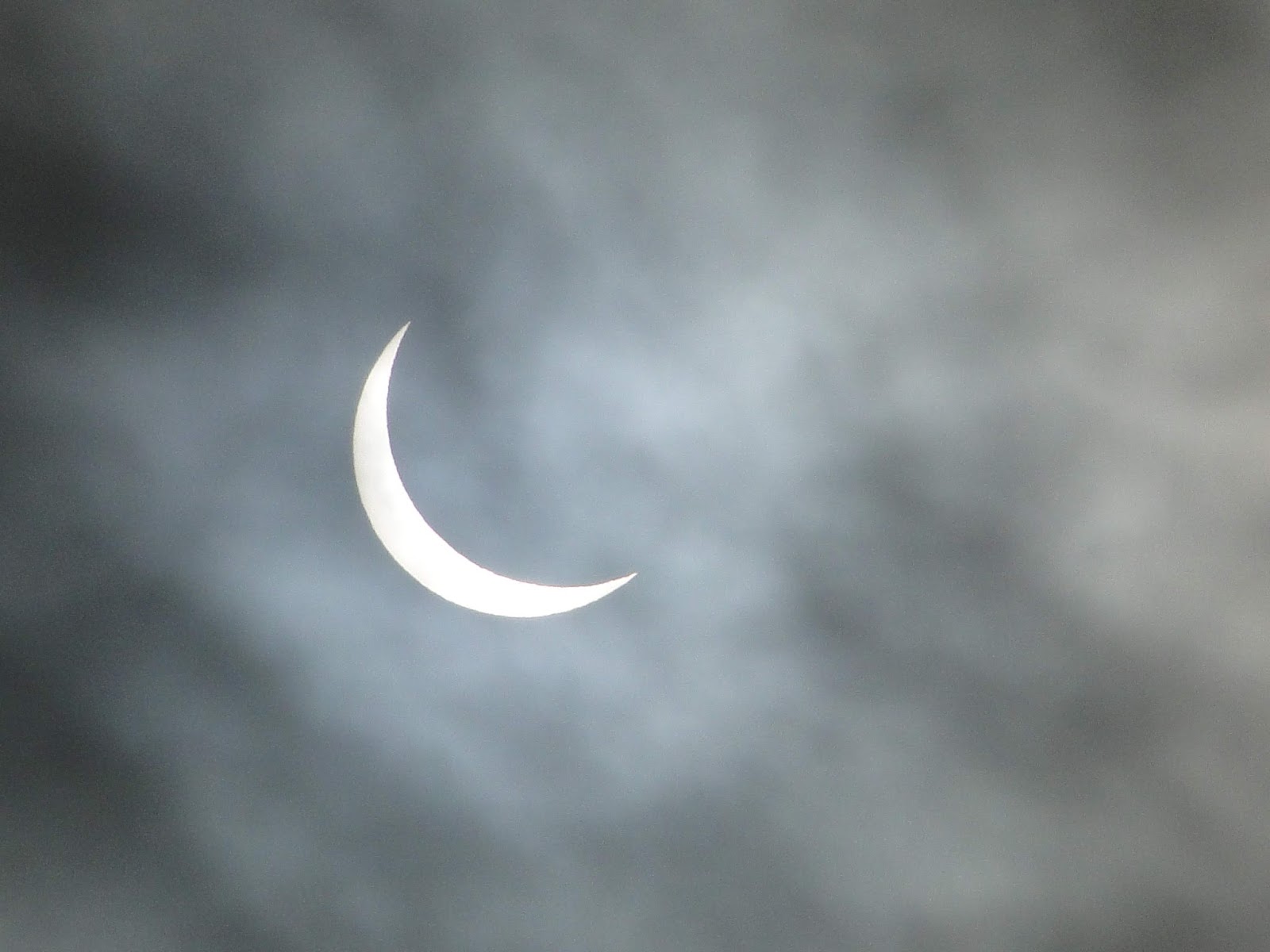 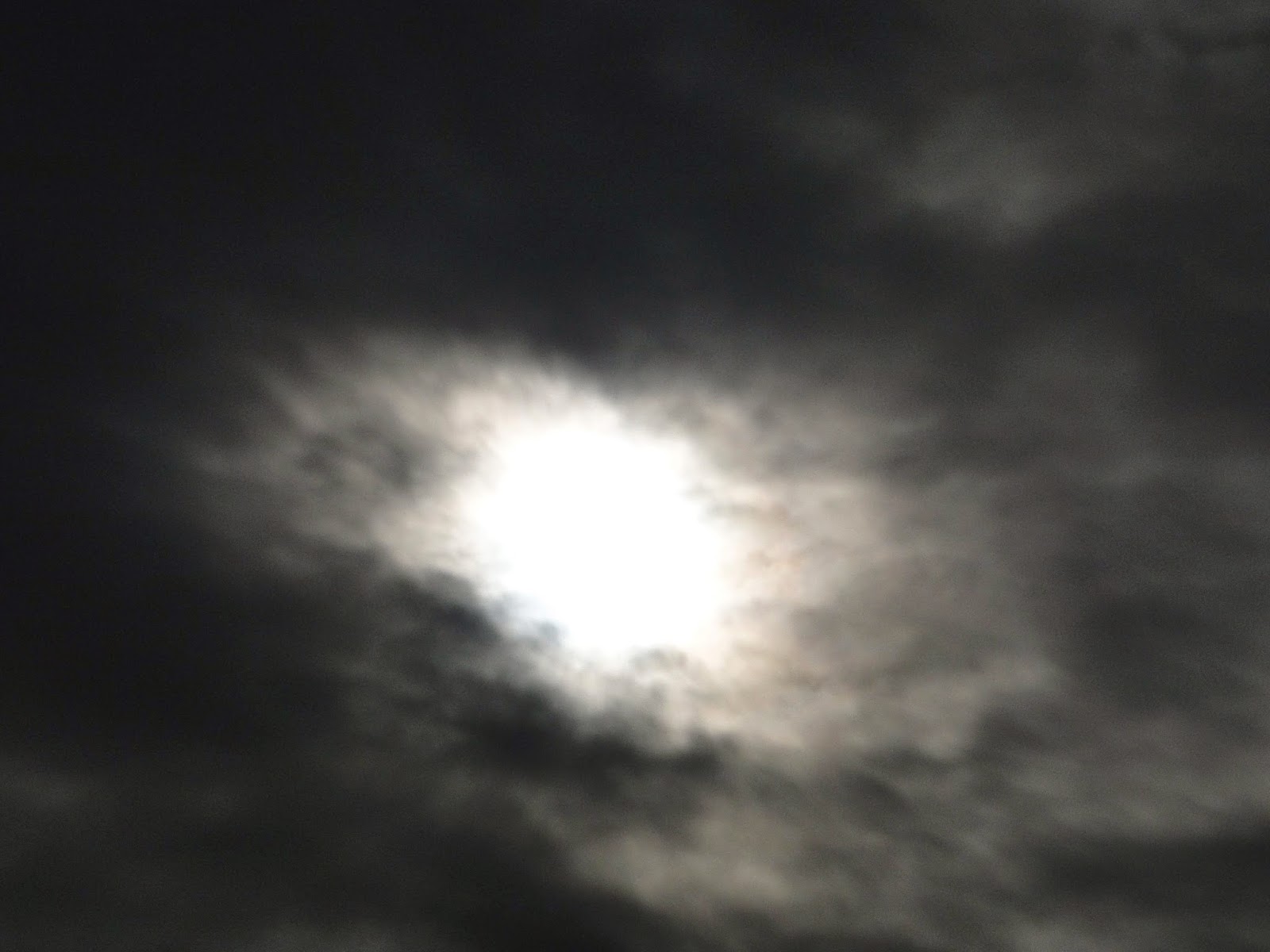 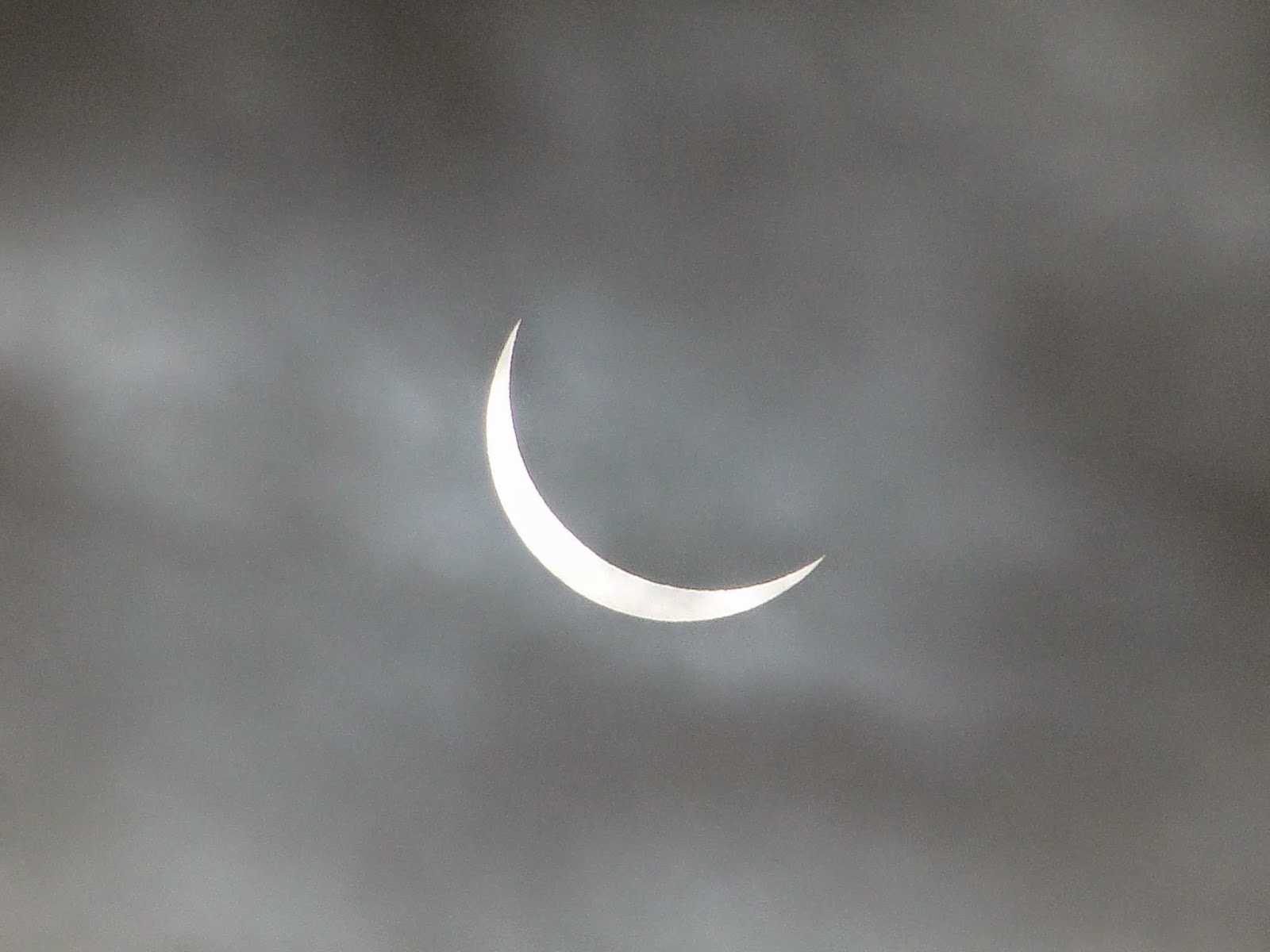 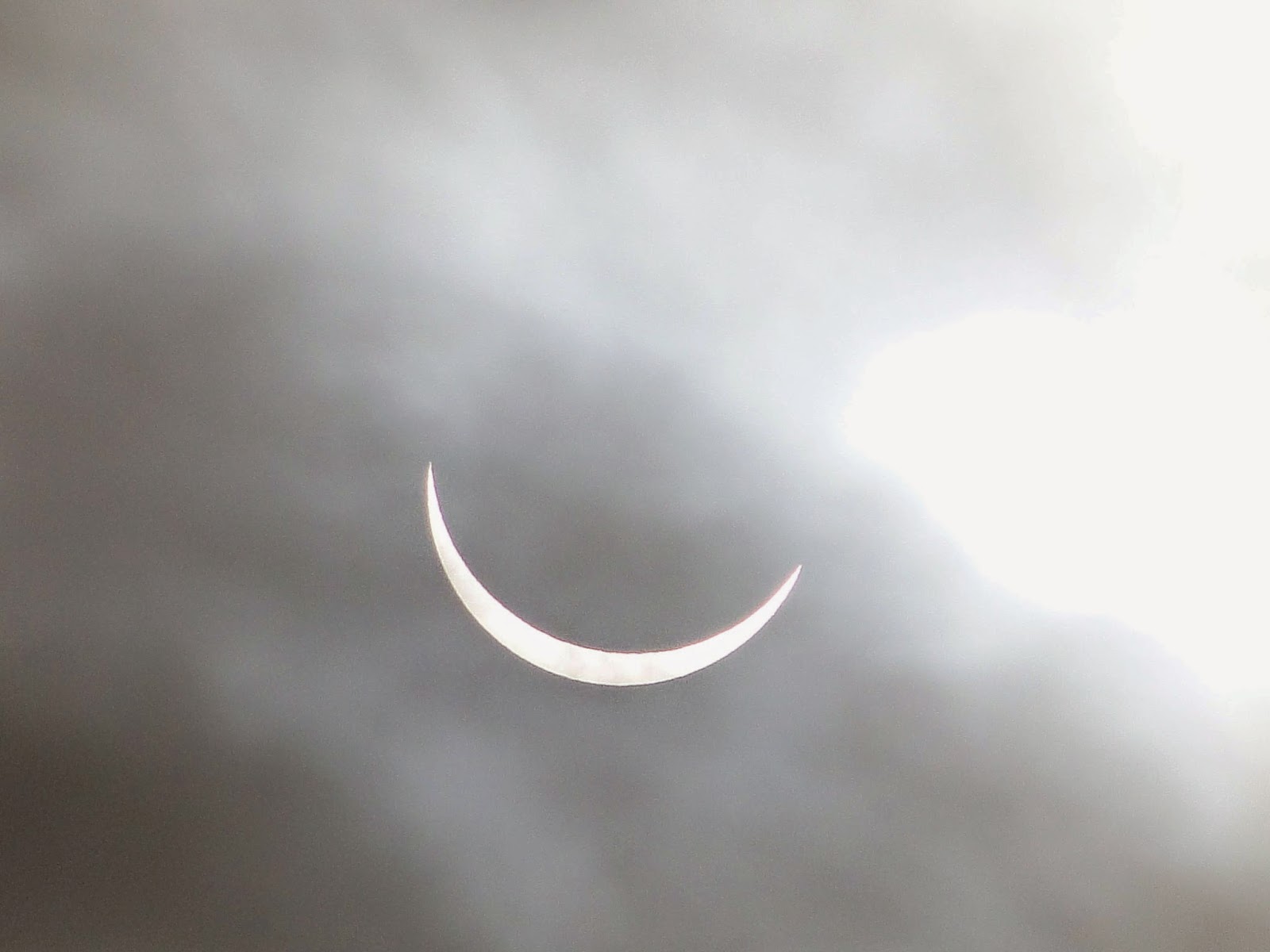 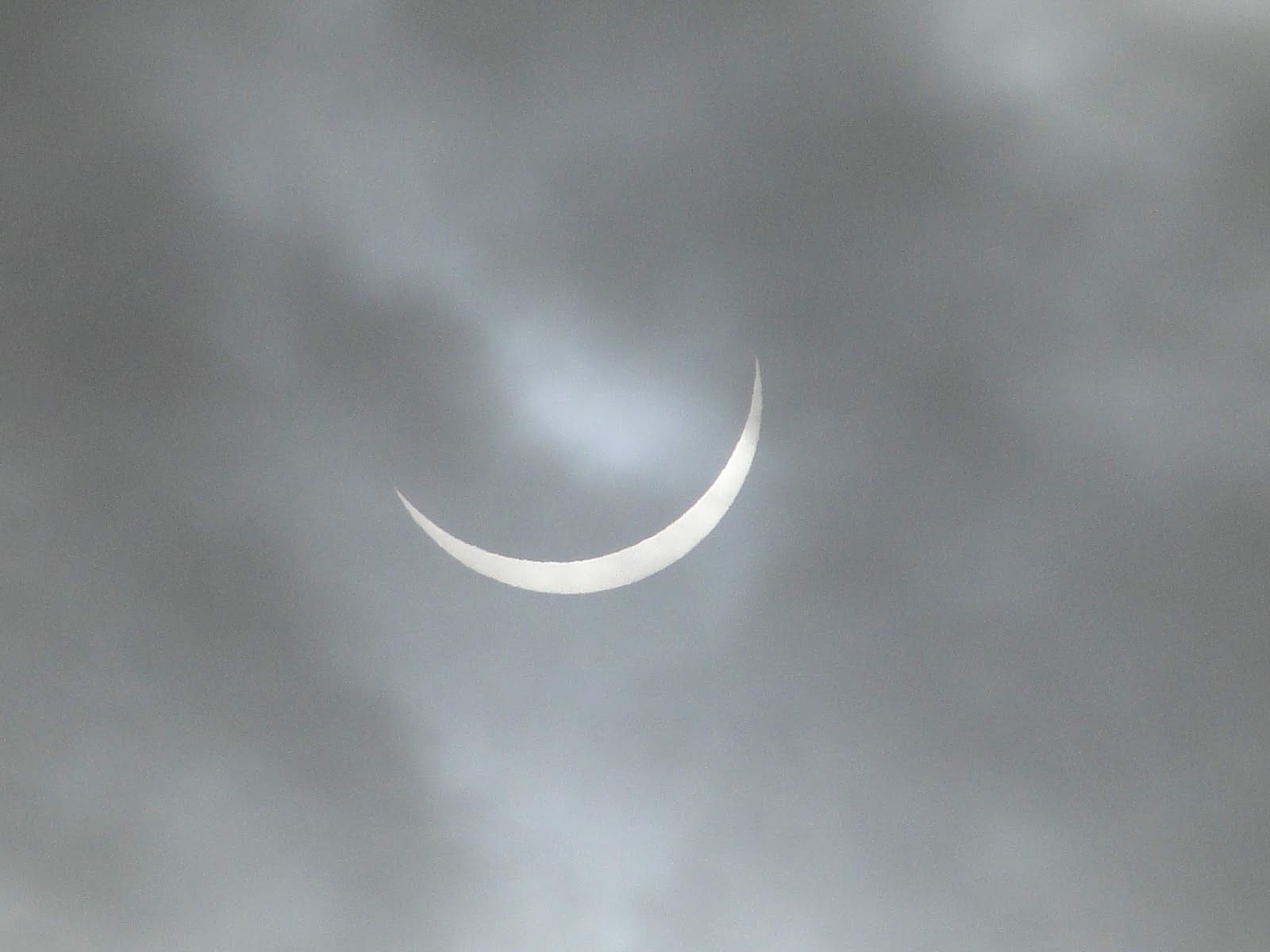 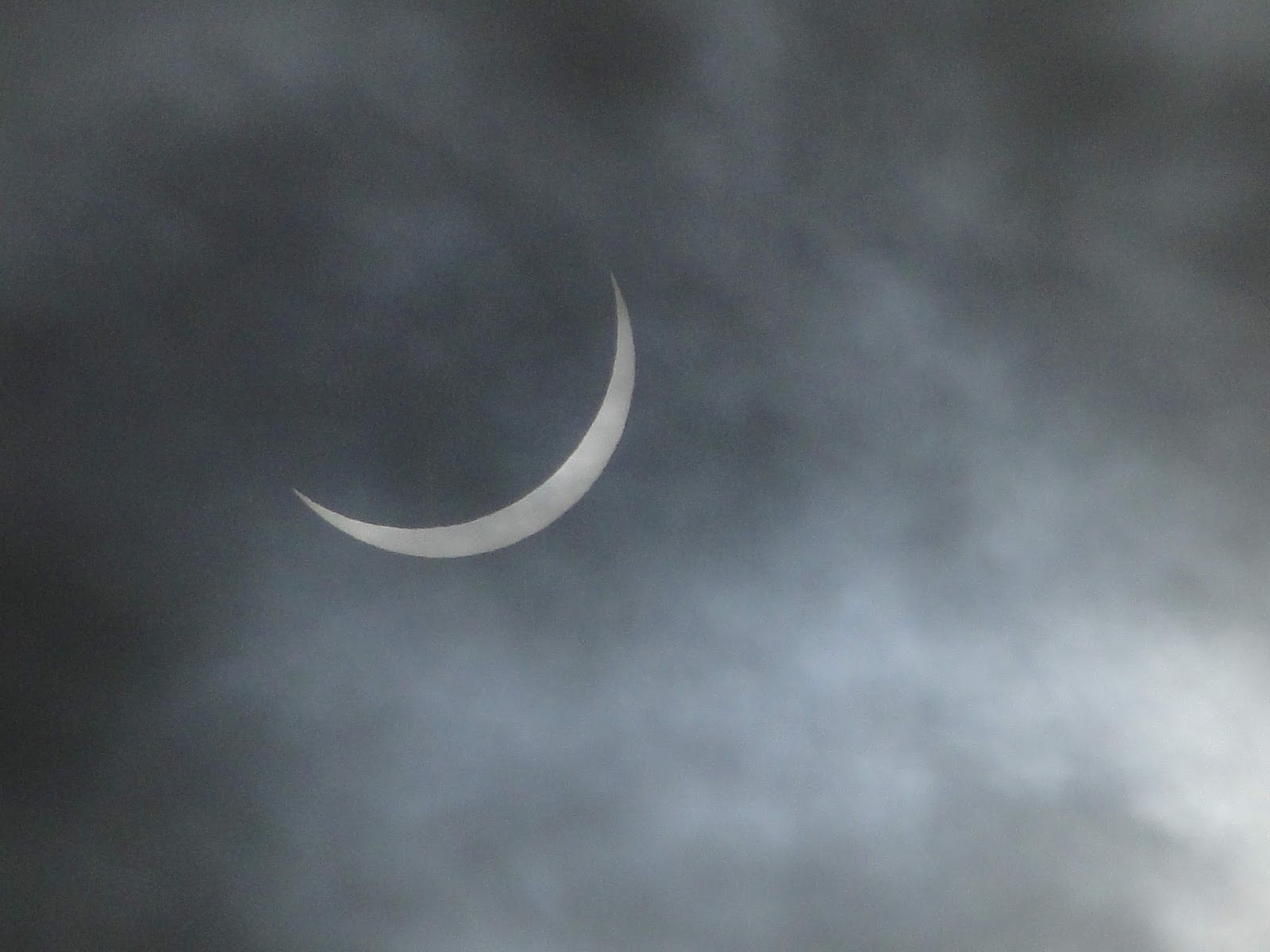 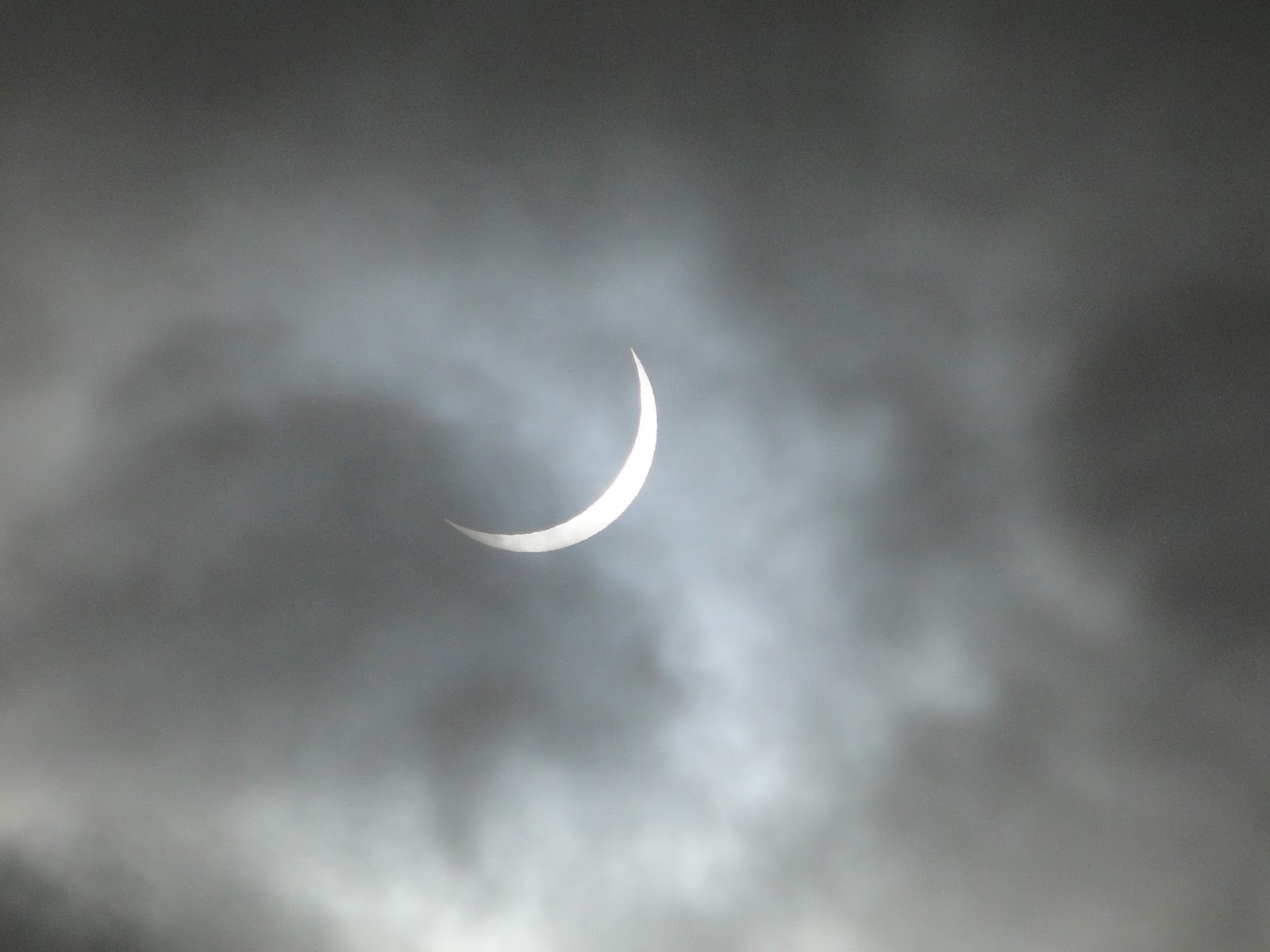 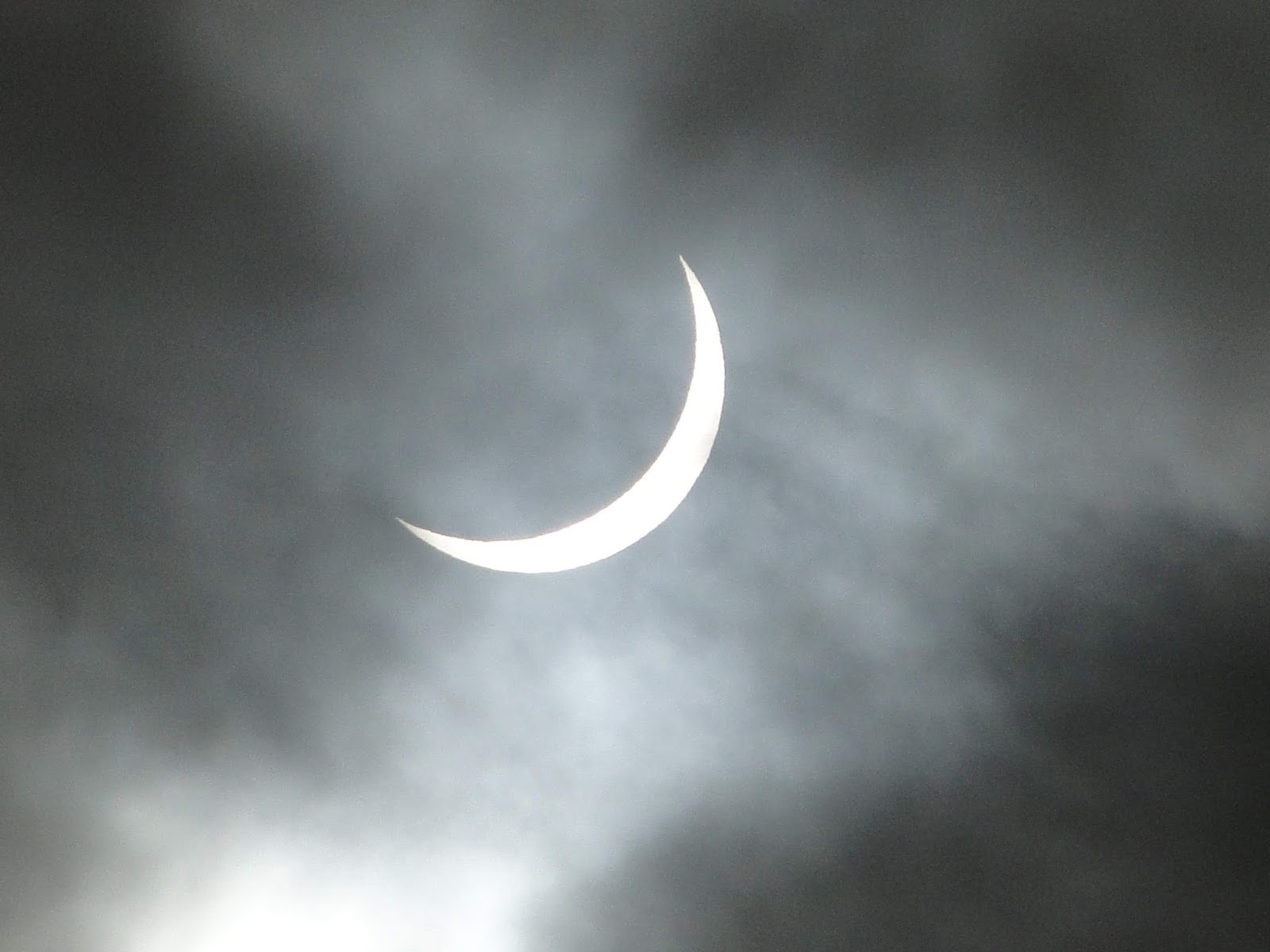 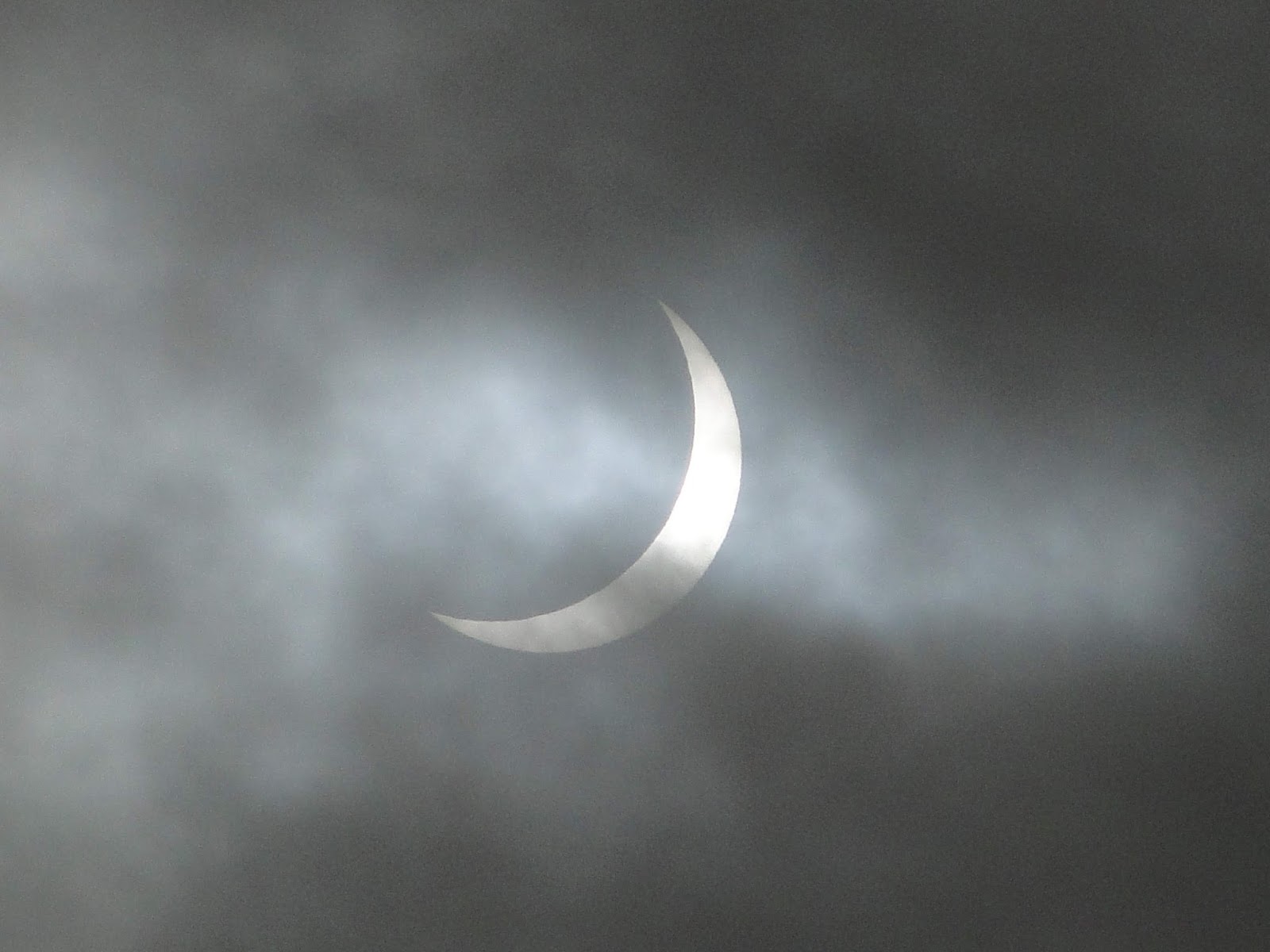 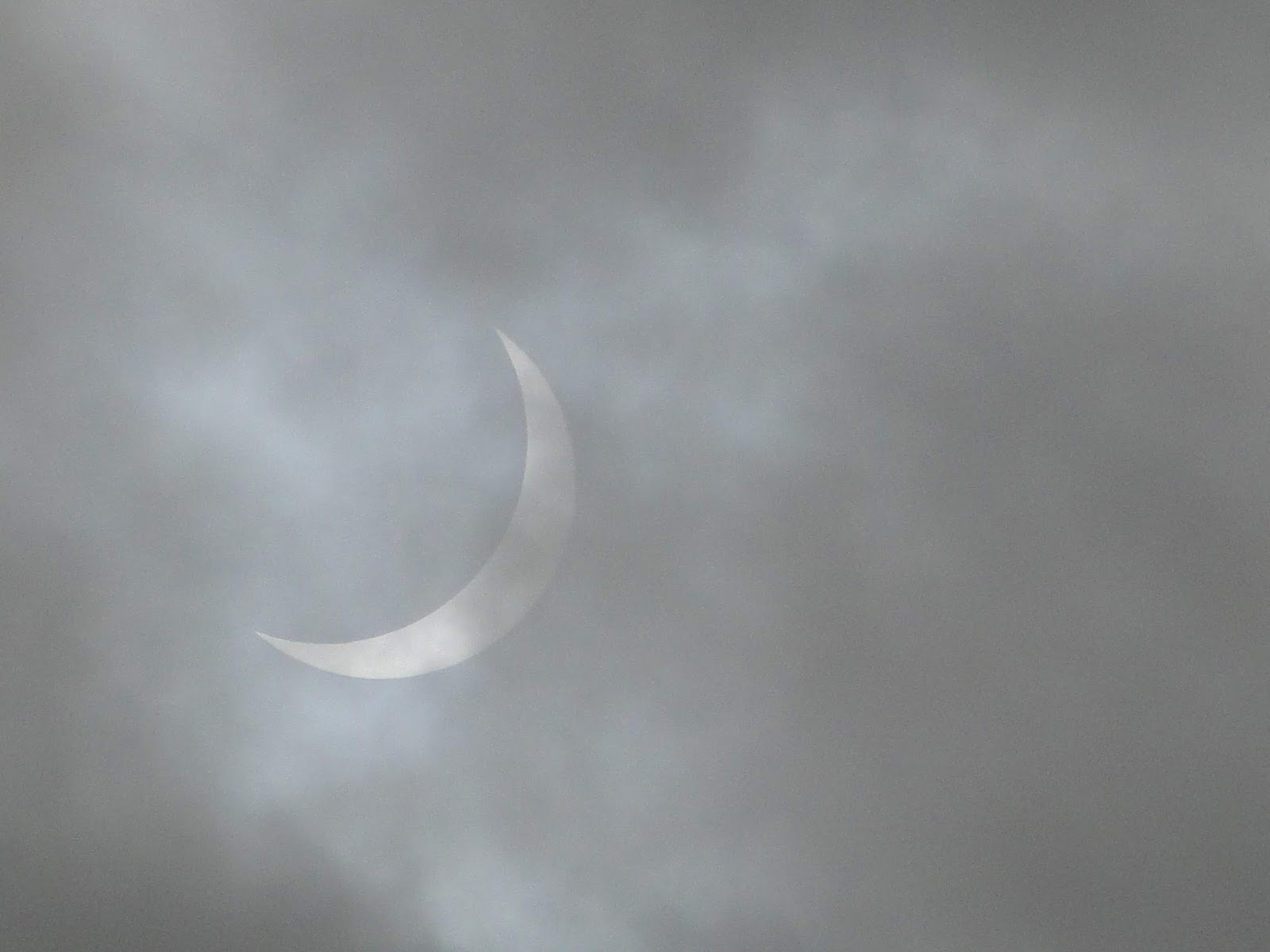 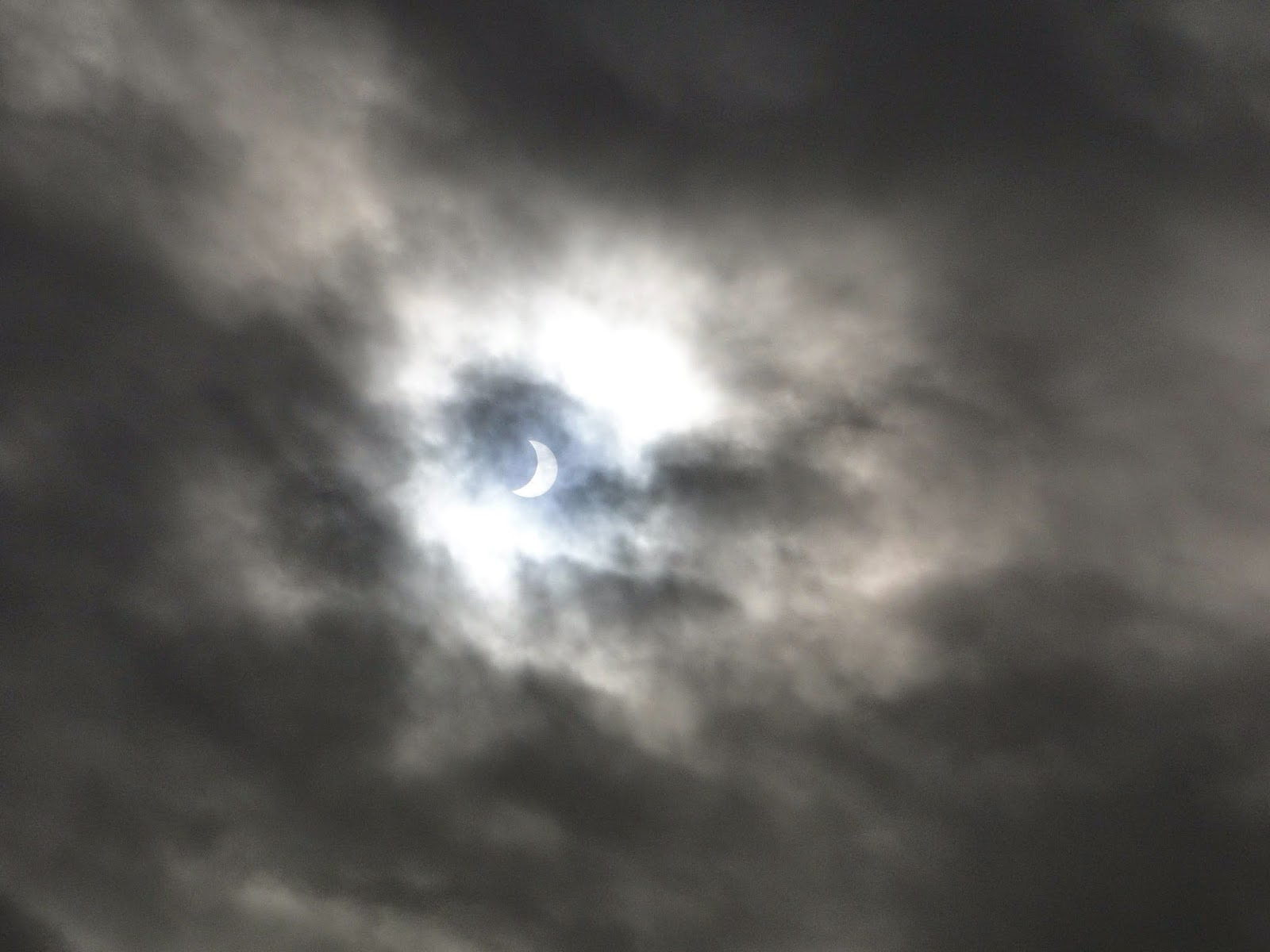 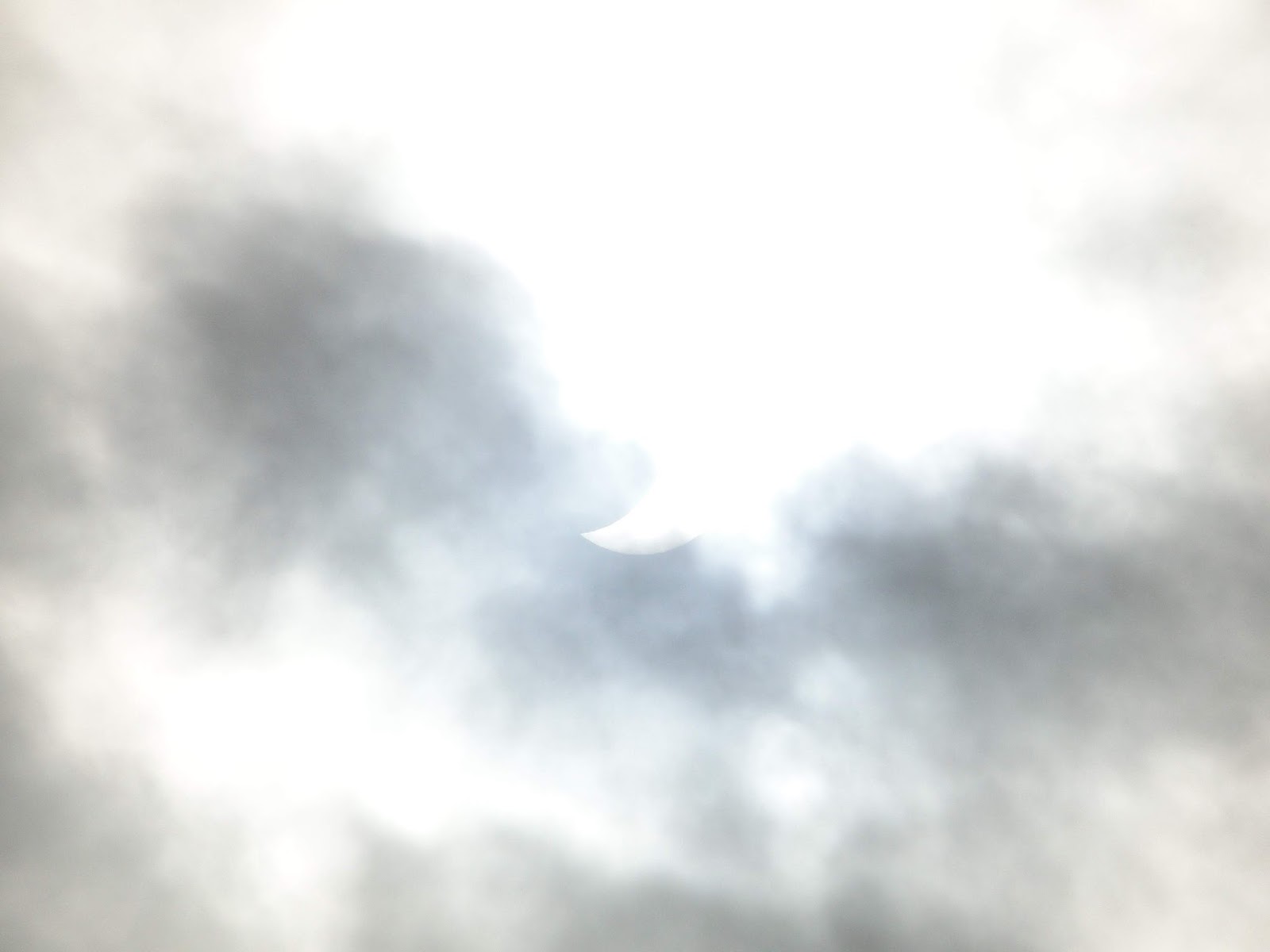