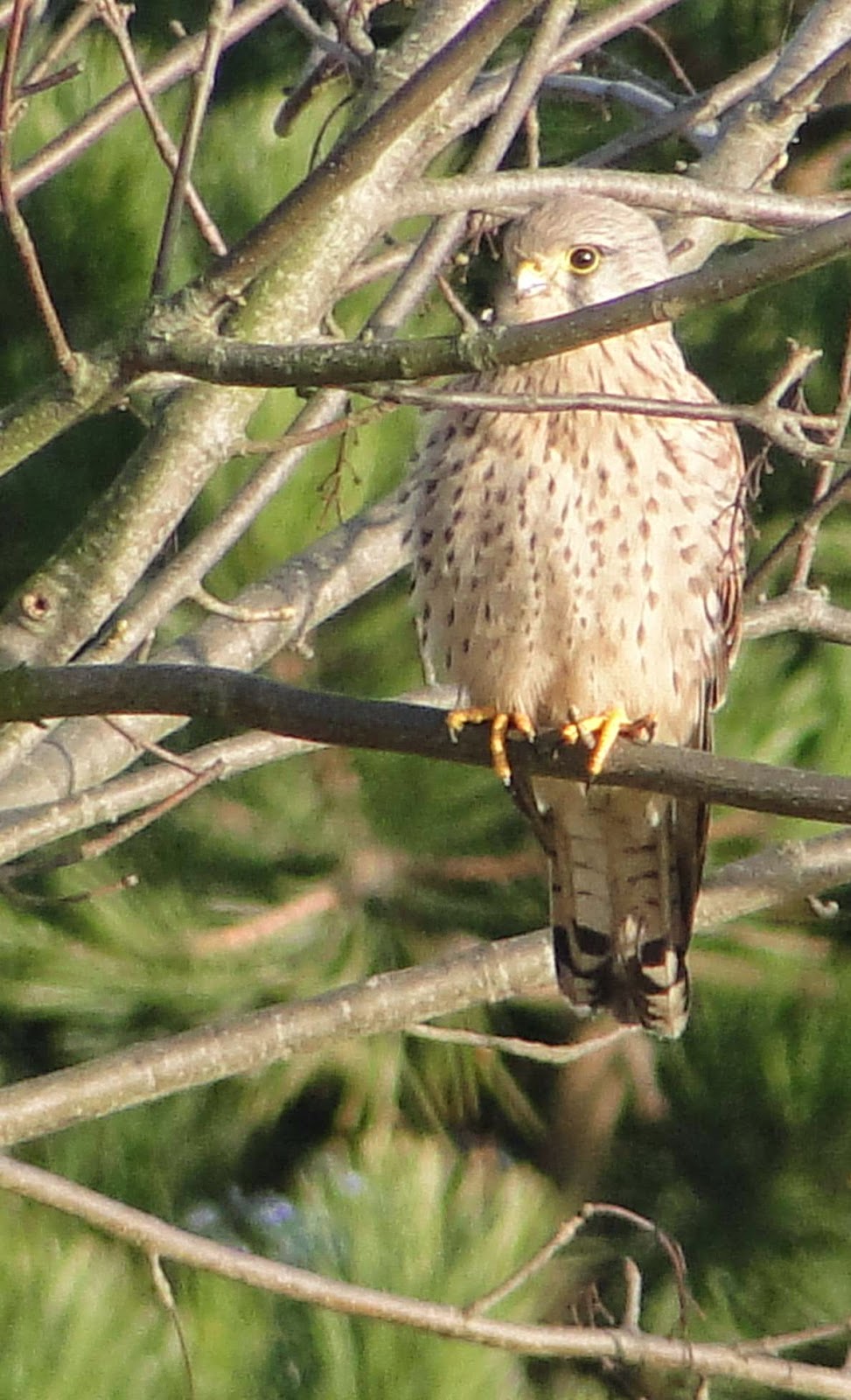 These two tried to avoid the camera, the Little Owl being more successful than the Kestrel. 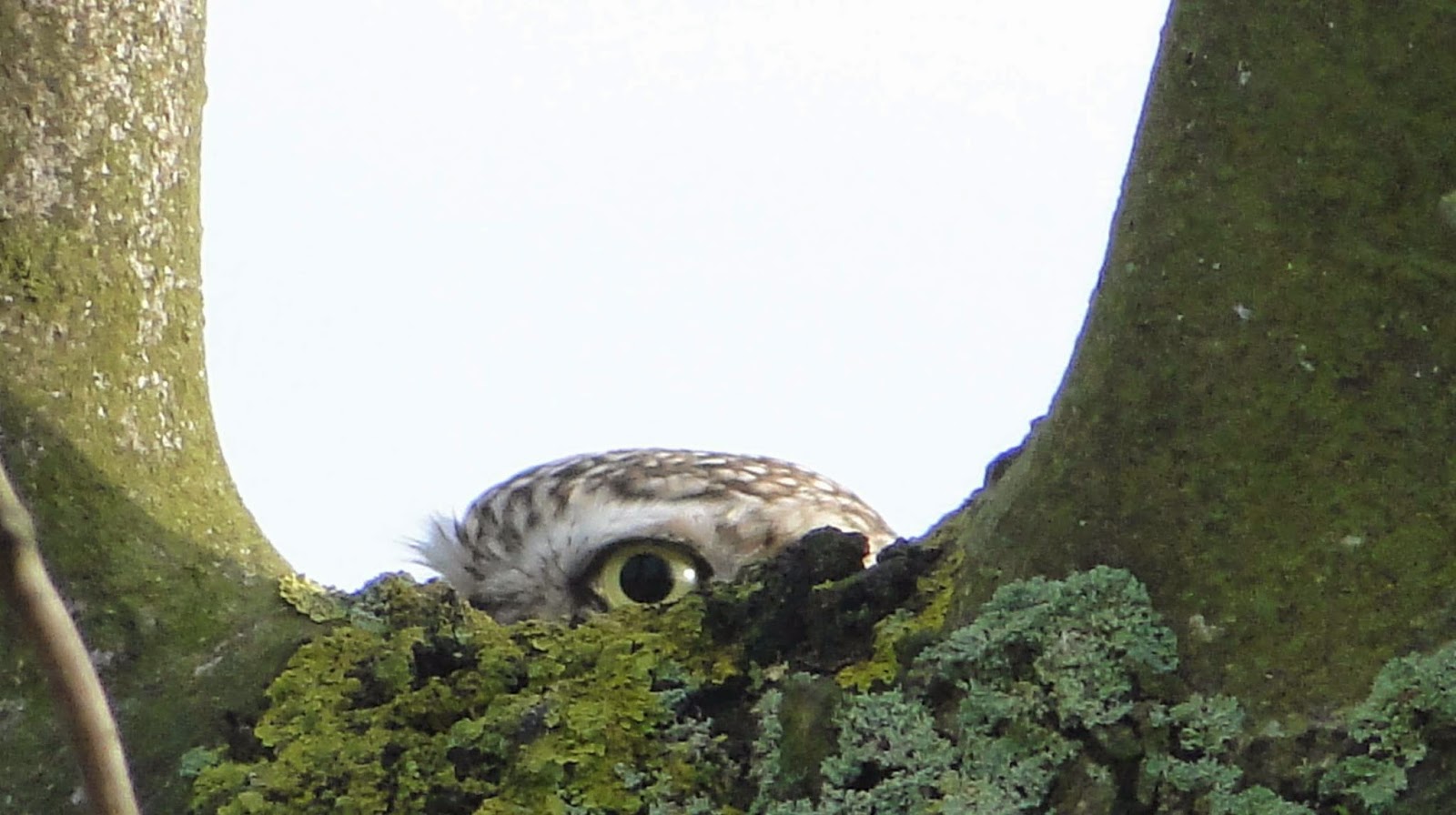 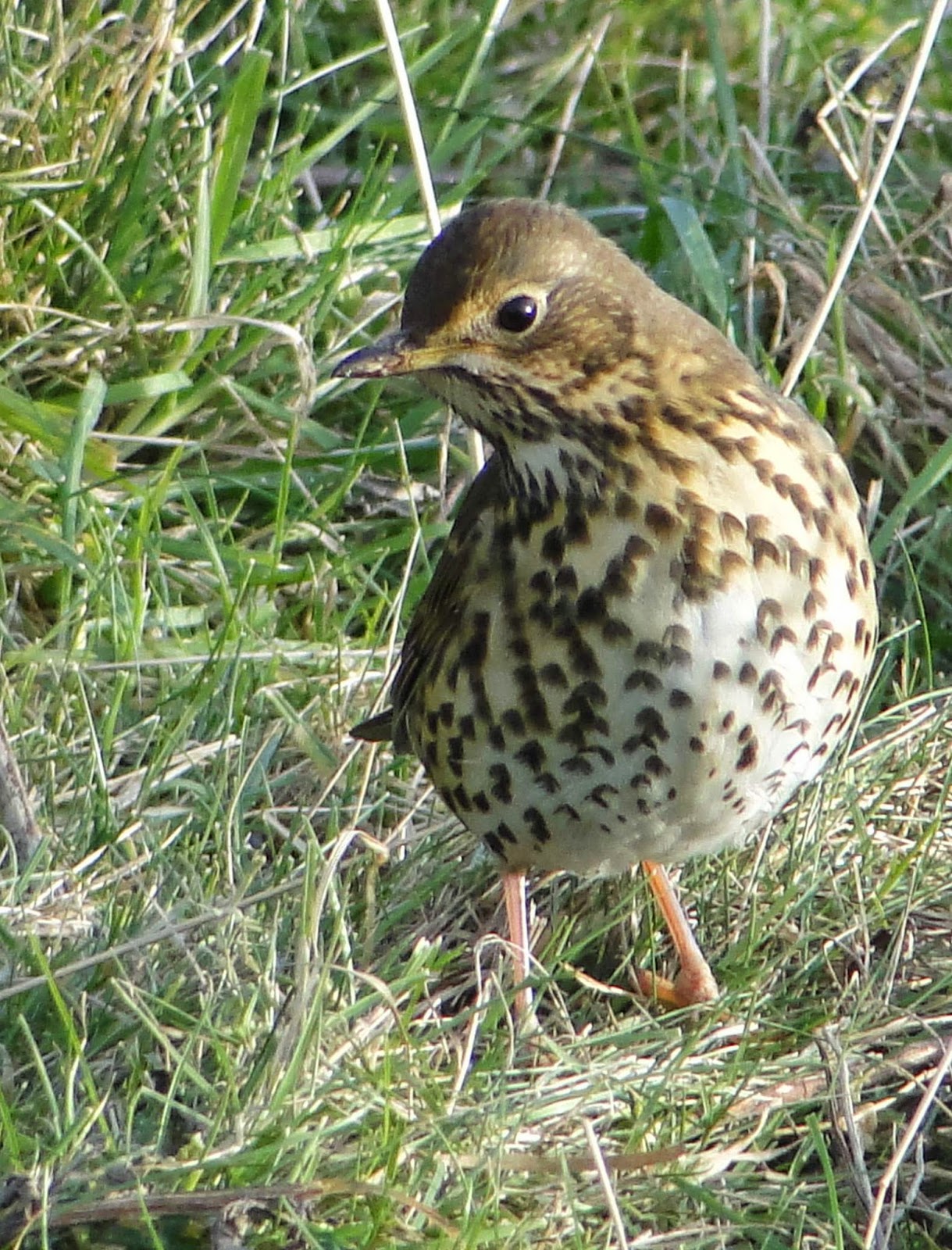 Once a bird has found some food, passing 'snappers' are no longer a threat. Hence a few nice close-ups. 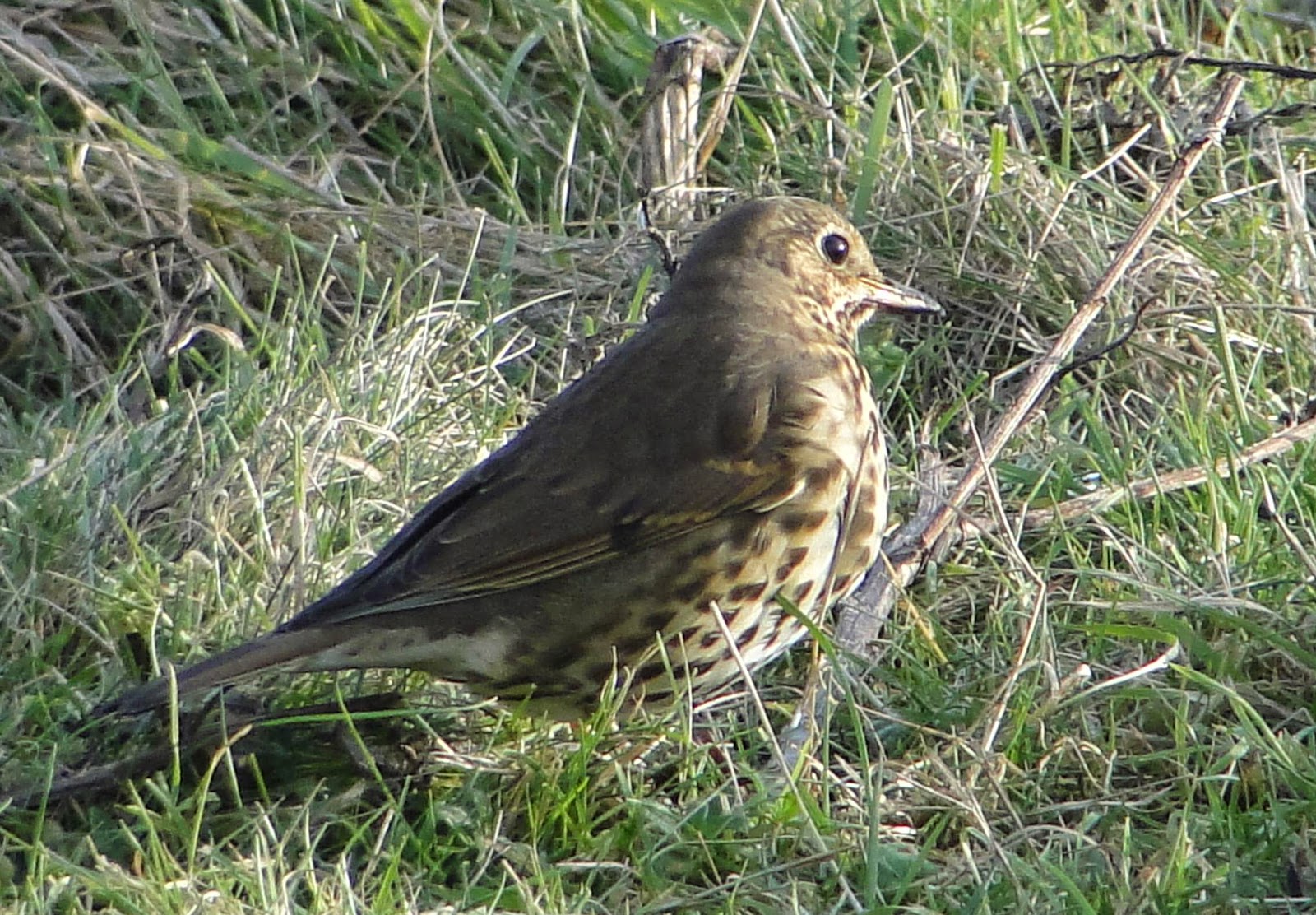 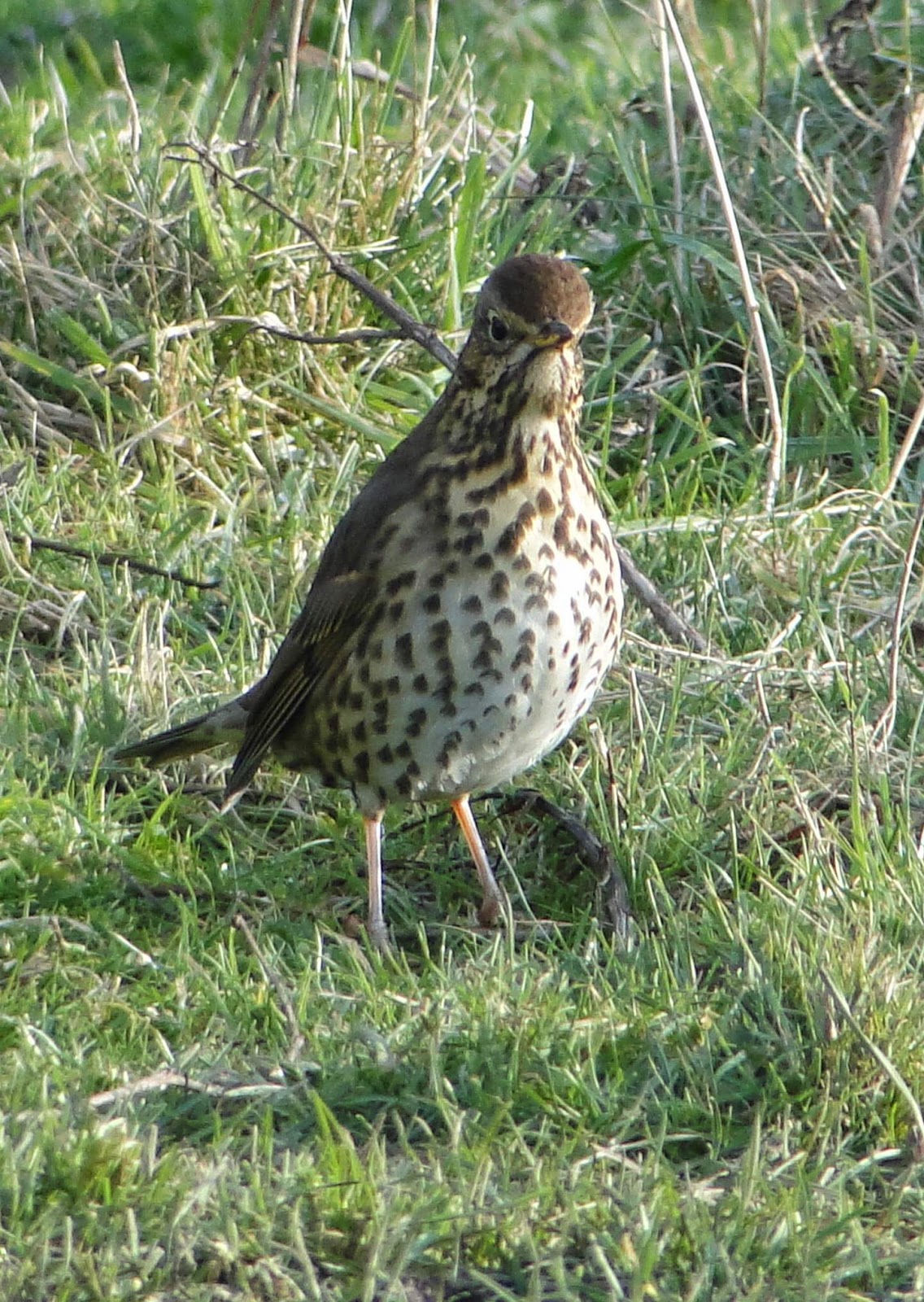 Today, bright sunshine, relatively mild and light winds early morning meant the raptors were out. Wish I'd gone further inland, but 4 Buzzards together were very nice. 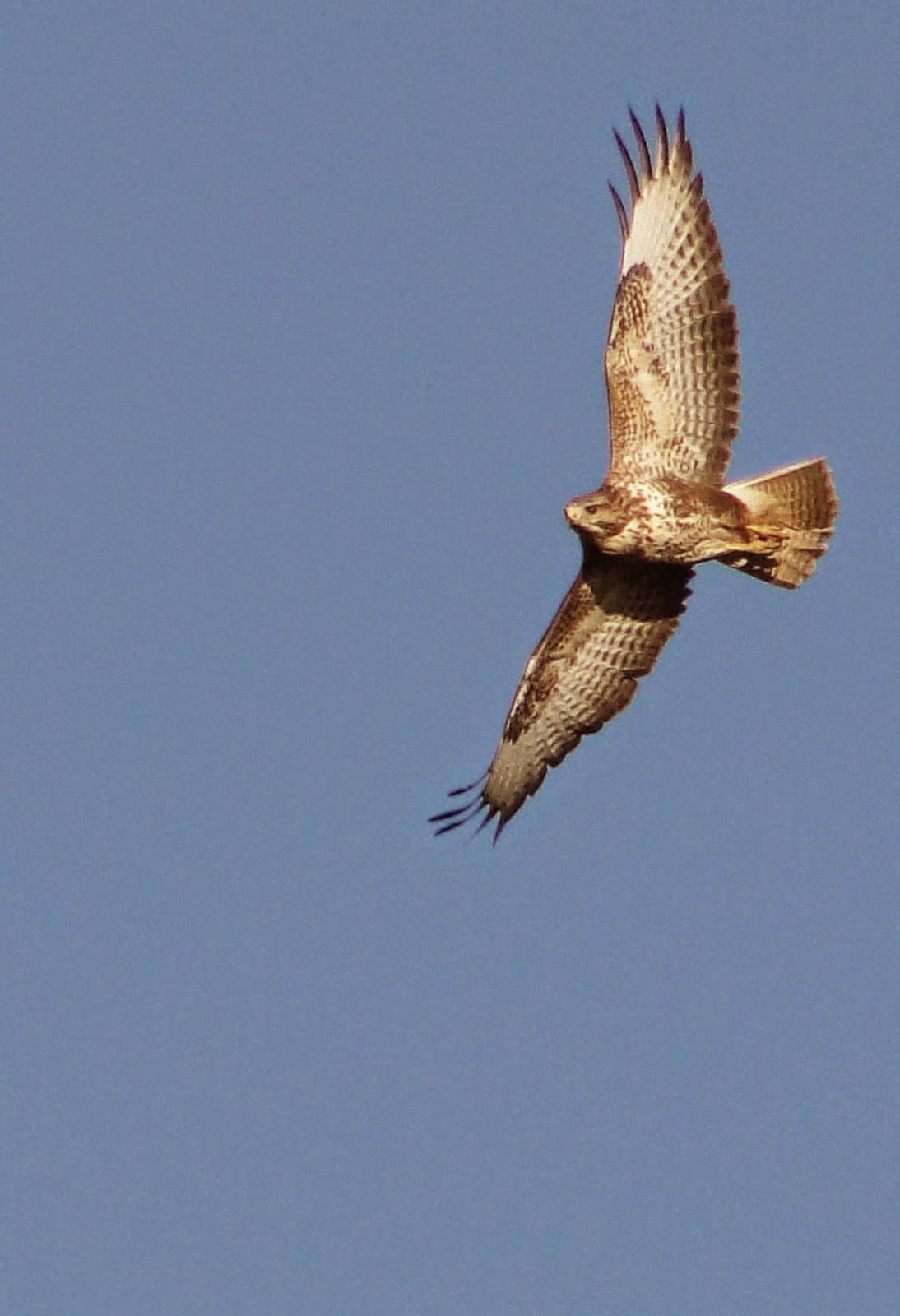 Yesterday I searched for the Ross' goose (found by DD and BD the previous afternoon) and was lucky to find it from the viewpoints at Chevington. Despite my best efforts it was impossible to get good views. It found the only field with no access. As you can see this is the best view most people are getting. The closest viewing point is from the East/West path to Chevington. Hopefully later in the week it may end up closer to the road. 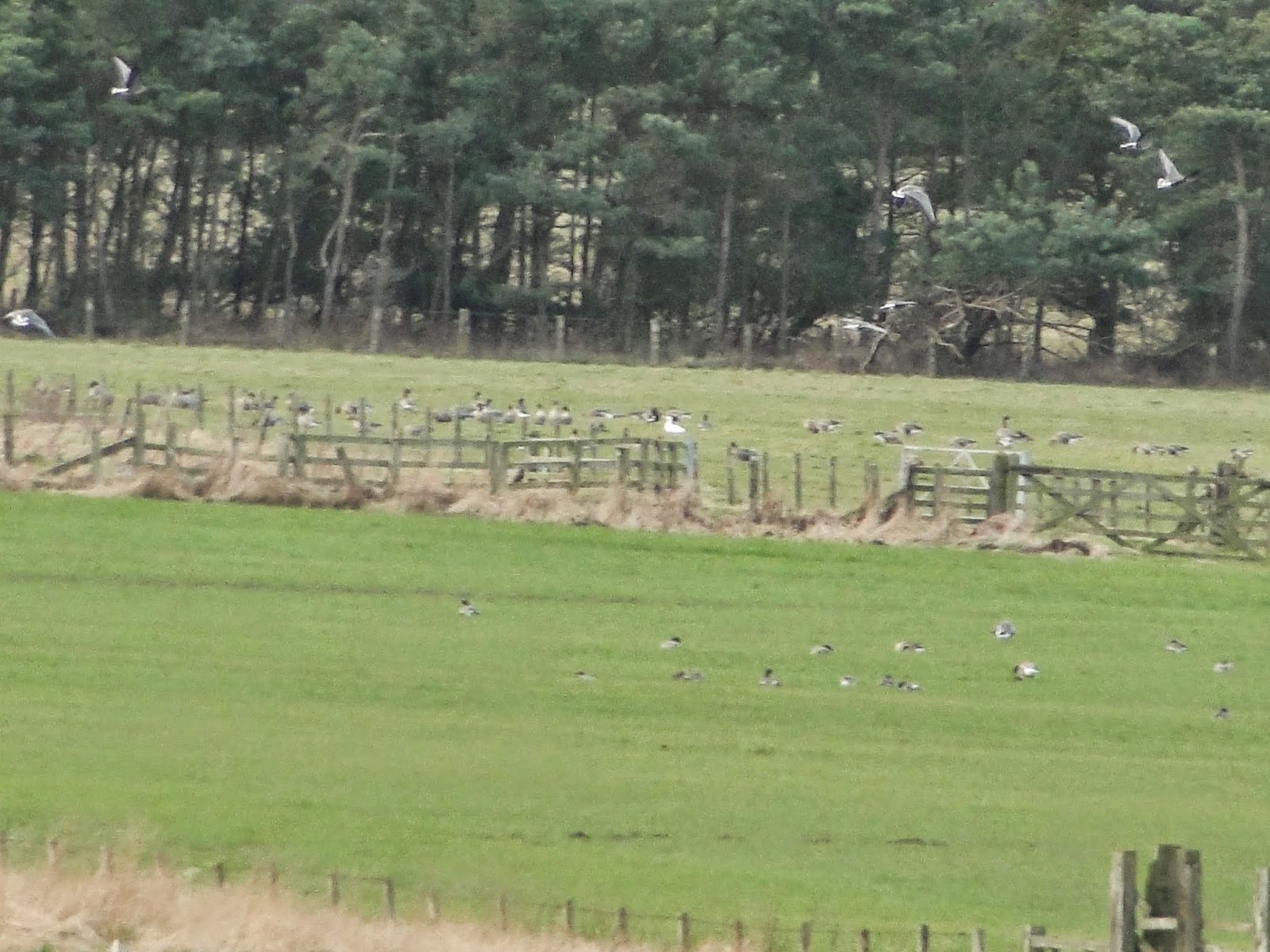