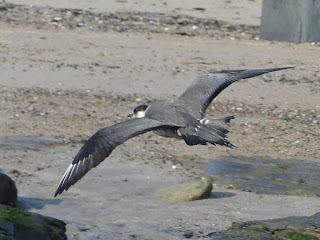 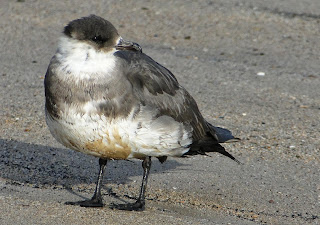 No sign of yesterday's Snow bunting but some great birding today. This Arctic Skua gave great views. Although a little oiled and apparently sick, it eventually made it to Chev and was seen early afternoon flying strongly out to sea.

In the opposite direction Song Thrushes still arriving with a couple of Great-spotted Woodpeckers. Two White-fronted Geese flew South. Their call rather 'tuneful' in comparison with the Greylags at Hauxley. A Swallow at Chev was a tad late.

The caterpillar one of many on the warm paths is I believe a Ruby Tiger Moth. Let me know if I've got this wrong. 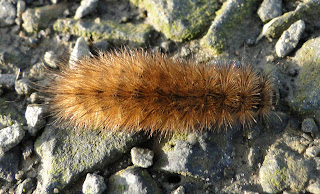