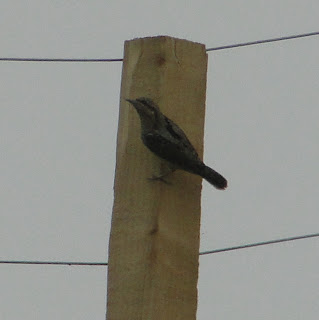 What a day! Yesterday afternoon I found a pale warbler,  guessed it was a good one but wasn't confident with my ID. Bob and Dave D agreed to come and check it out. After avery long time waiting it did not reappear. Gutted! 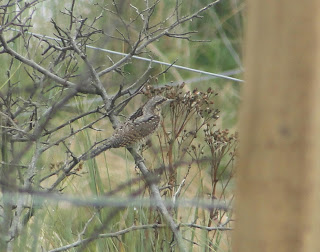 An early (pre-coffee) start after favourable conditions last night. Hadston, Chevington and Druridge drew a blank. Bob and Dave spurred me on with their Pied Flycatchers at Newbiggin, so all coffeed up, back to Hadston.  The 'bird reappeared B and D were contacted, B and D contacted again decided after second view I might have been mistaken (Sorry Dave). N.B. To all birders go with your gut (no jokes about mine please) people will bad mouth you right or wrong.

Be patient it's a long tale!

Well now the birding hots up. Migrants Appear. Cracking male Redstart and a Wryneck.  Then I photographed the 'Bird'. AC arrived to see Wryneck. It didn't show! After an age I walked the fence line and we all had fantastic views of what is usually a secretive/skulking bird. The photos don't do it justice but you get the idea.

B&D phone call and I announced  I had photo and was now convinced the 'bird' was booted/sykes and I was going to email photos. Home to my wind-up computer and within 30 minutes I had excited calls about BOOTED WARBLER photos. Don't you just love technology.

Bob returned and eventually he refound the bird. In flight it was striking, in the shade of a bush it looked different. I hope people understand my reluctance to jump to a conclusion. I have never seen Booted or Syke's Warblers.

Thanks to Stef McElwee and Stewart Sexton for their help with the photo ID. 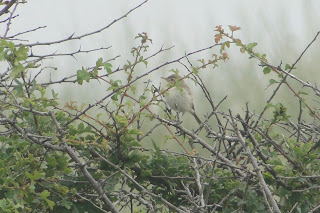 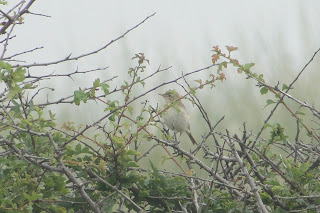 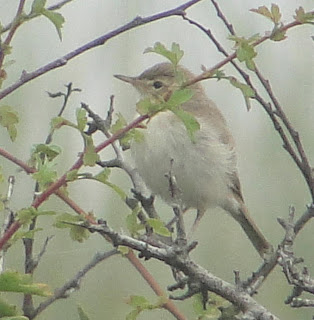