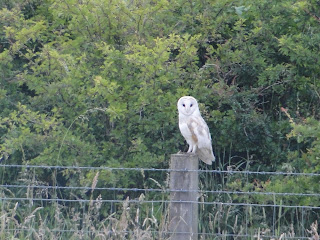 Early morning visit to Chevington mid-week and a showy Barn Owl was the reward, as were 4 Otters. 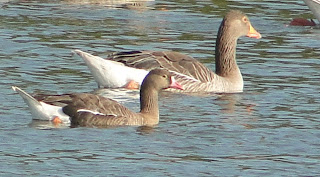 This addition to the goose list could be controversial.  Well, just part of the NWT goose farm population.

300+ Common Scoter off the Burn Mouth this morning. Difficult viewing but one Velvet Scoter did a quick wing flap (Thanks!). There were three last night (per IR) when the light was better. The Hobby IR saw was not around this morning, which is to be expected as the Hirundine numbers don't build up until the afternoon. Still good numbers of Blk T Godwits flying South.