So Much to See 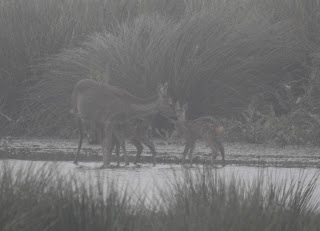 Well the weather over the last few days would have been perfect for late September. The hotspots like Spurn have been turning up some interesting birds but middle of the bay locations like Druridge rarely score highly. That said, there is always plenty to see. 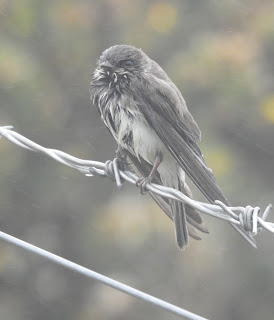 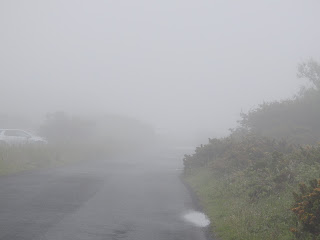 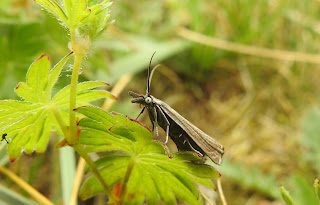 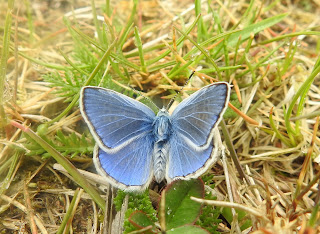 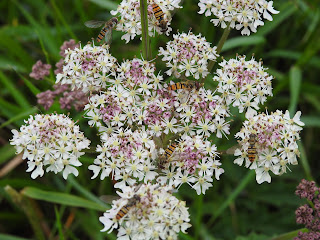 On Saturday (13/06/2020) there was an influx of Hoverflies. Very nice for the damp, tired migrant birds. These are 'Marmalade Flies', they are Hoverflies (Episyrphus balteatus) 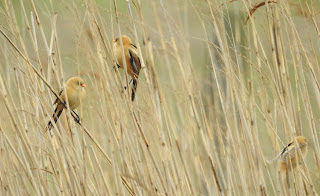 Always great to have your head turned by some unexpected 'pinging'. 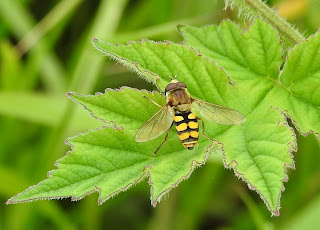 This is another migratory Hoverfly (Eupeodes corollae). Think I got ID correct. I have a few more photos yet to ID but will get the books out later this morning. 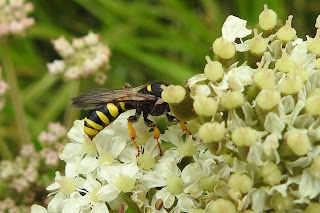 I think this wasp is one of the Ectemnius species (perhaps Ectemnius continuus).
Once I work out how to get on Flickr I might be able to compare it with some of the excellent galleries I've been told about. 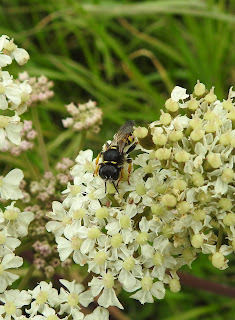 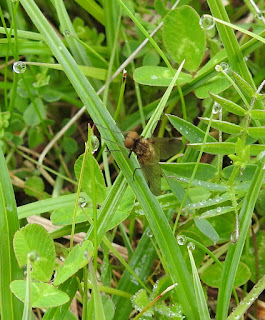 I think this is a Snipe Fly. (Chrysophilus cristatus male) 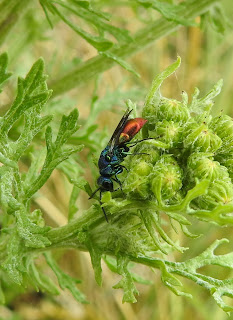 Ruby-tailed Wasp
Much easier to identify. This is a 'Cuckoo Wasp', It lays its eggs in other Wasp or Bee nests. The eggs then feed on the larvae once they hatch. 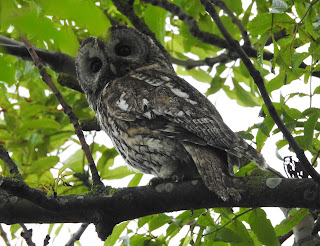 An early start this morning and I was lucky to see this Tawny Owl just a short distance from my home. The fog then rolled in and the morning stroll was abandoned. Hopefully after I have finished a few jobs It'll be brighter when I go out this afternoon. 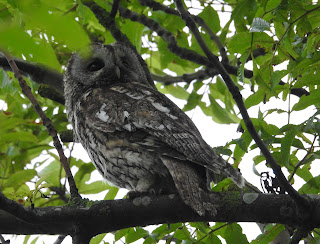