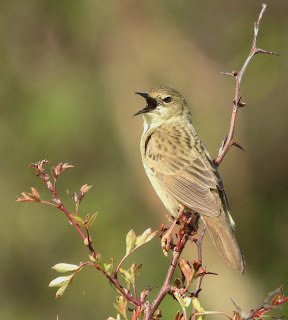 A few days ago I noticed a post from RA on twitter about an unusual Grasshopper W. I believe it was in Wales and had a black bill. Accompanying the post was an article from 'Dutch Birding' 2019 suggesting it might point to an Eastern form (Locustella naevia straminea). 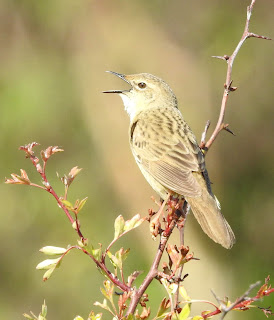 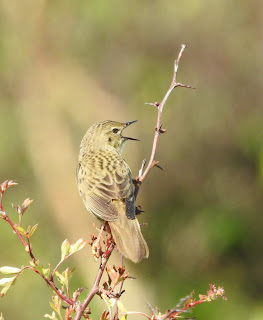 Little did I expect to be staring at one, at close range, at East Chevington the very next day. 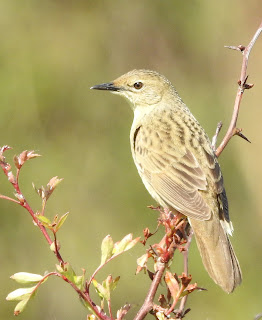 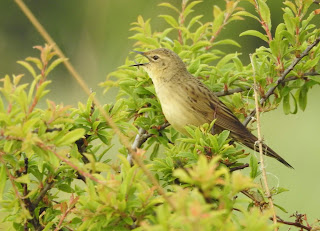 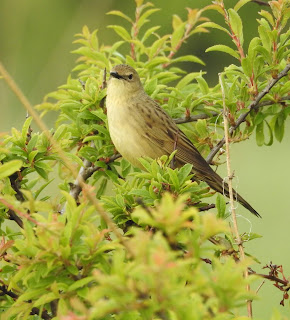 Today I returned to get more photos and to record its song. 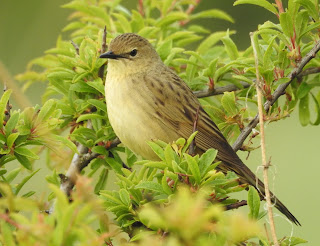 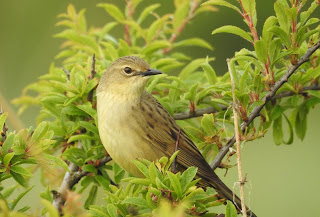 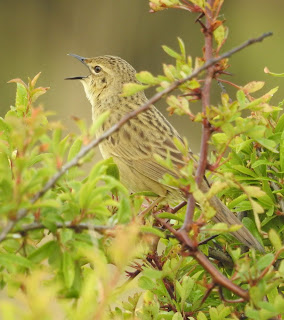 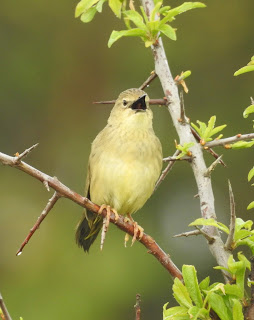 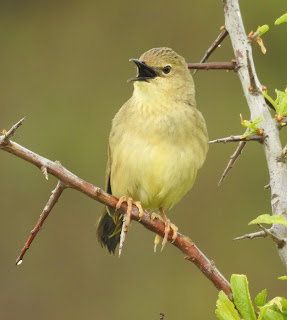 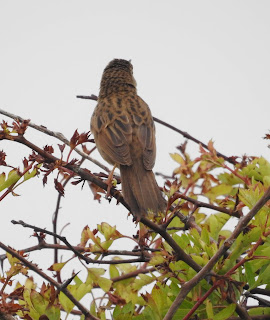 Just for comparison these were photographed within the same hour although the light level dropped a little. ATi sent a British Birds article 2007. It was very thorough as always and highlighted the chance of a record being accepted was very low without 'in hand' measurements. (Hopefully none of the ringers do this, I'd rather not know than the bird being deliberately trapped.) I guess DNA samples (from excreta) may be a way forward. 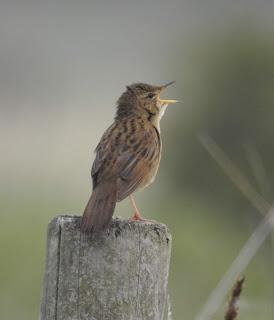 This bird (black-billed one) sings in the open, very close to the hide at Chevington so I hope lots of people enjoy this curiosity. A bird has held territory for at least three years and has been well photographed in the past. I wonder if any one can find and post photos on twitter to see if the black bill was overlooked or whether it is a feature which develops with age.

Remember 'Every Day is a School Day'!