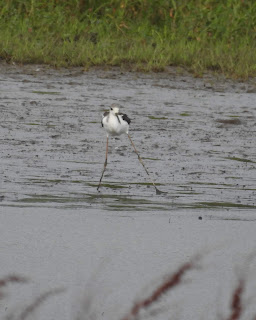 This morning I received an excited call from Alan Thompson explaining that he had (with his brother John) just seen a Black-winged Stilt flying South from Hadston. My car was parked there and I was at the South end of Chevington. I hurried back to the car scanning all the time and checking the  Country Park and the concrete channel that leads to Hadston. A Little Egret and two Grey Heron were the only birds. I also managed to get caught in a bramble patch and fall over, Ouch!

I met Alan at Chev and there was no sign of it so I headed to Druridge. It was there with Spotty Red Ruff and Dunlin. It wasn't long before Gary in best Vuelta style joined me from Chev. What a great bird. Thanks to Alan for the tip off! 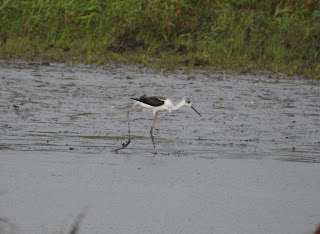 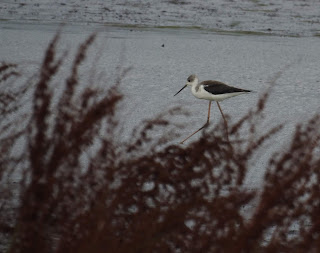 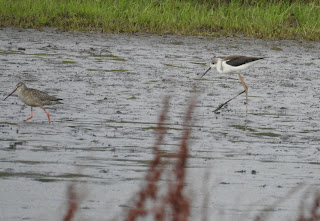 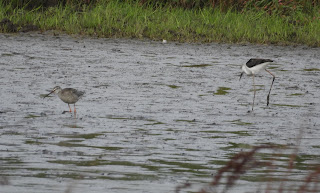 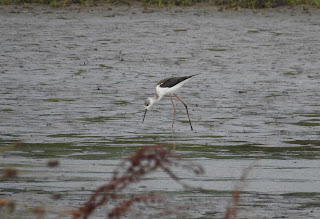 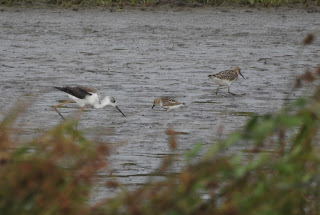 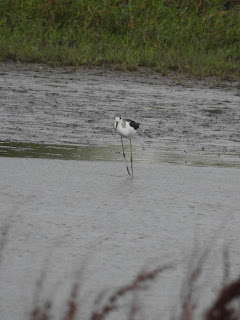 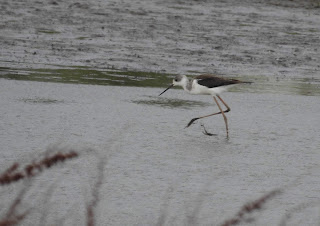 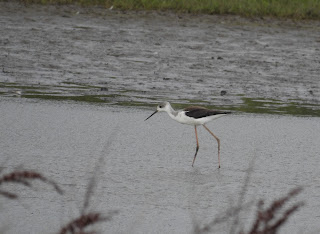 Earlier in the morning there had been a strong passage of Meadow Pipits (c500 in two hours). Three Grey Wagtails and one Yellow Wagtail were with them.