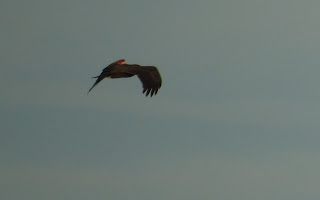 Birds on the move in the last few days included this young Marsh Harrier. The ugly red wing tags probably indicate a bird of Scottish origin. 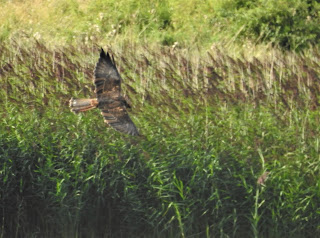 The young male is going through a period of moult.  It is interesting to compare the new and old feathers. This male kept us guessing for a few weeks when it first arrived. I do remember Adrian Pitches commenting on its size and he thought it was a male and he was spot on. A first year bird completely lacking any grey feathers. It went on to successfully fledge one  young from each of two nests. One of the young birds is almost certainly a female as it is a large bird. 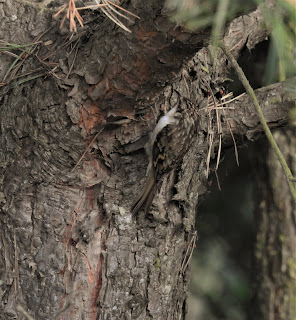 Willow Tit and Treecreeper are becoming more conspicuous as they flock/associate with the more common birds in the Country Park. 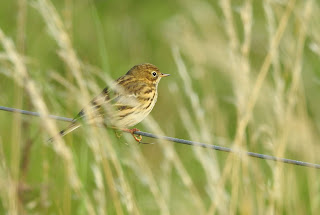 Four days of Meadow Pipit migration (hundreds passed through the patch). Thirty Stonechats was an unusually high count and another two Spotted Flycatchers were found in the Country Park. 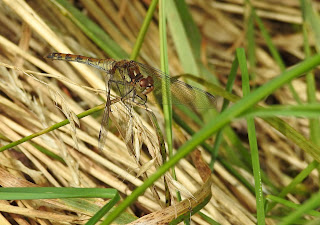 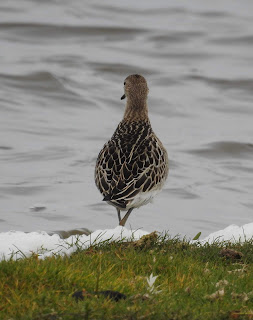 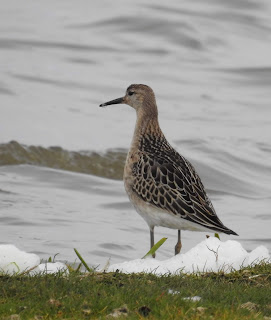