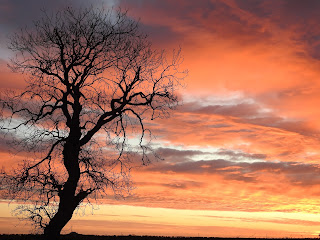 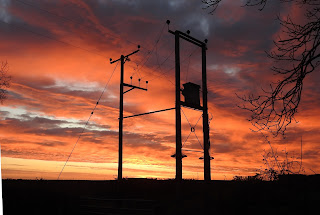 An early start at Low Newton on Monday looking for a Little Bunting. The early morning skies were quite striking. 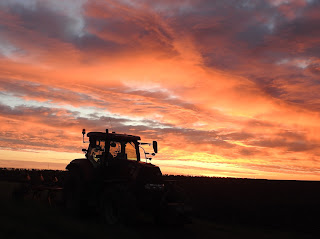 First bird on show as the light hit the tops of the trees was a Reed Bunting (although this one appears to have a crest (probably just the twig behind)). 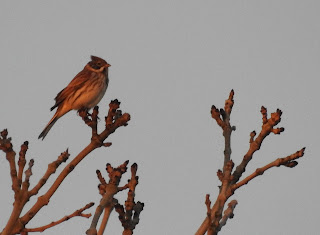 After 2-3 hours of trying to ignore the Yellow-browed Warblers, Blackcaps, Godcrests, and incoming Thrushes, couple nearby were on a bird, it was a Bunting and I got a brief view. The bird that flew off according to PS looked too large. I was happy to accept the couples ID but after considering my view and the fact it was never seen again I have to admit I didn't see a Little Bunting. The only birds returning to the Sycamore were Reed Buntings.

The whole morning was not a complete wash out because of the birds mentioned earlier. In addition; Bramblings, Short-eared Owl, Merlin and Great Spotted Woodpecker were seen. 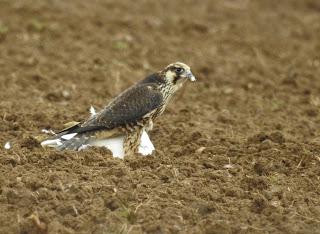 When I got home I noticed a huge flock of Gulls over a ploughed field just yards from my house.  checked the skies for a predator. Then noticed this Juvenile Peregrine on the ground with what looks like a Common Gull. 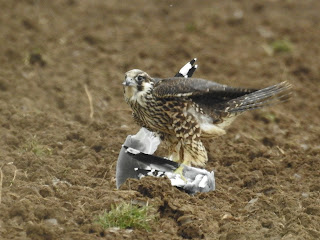 At first I thought it might be a Saker with all the pale feathering on the head  but eventually decided it was a Peregrine. 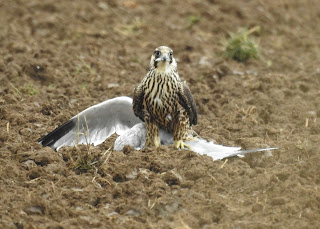 Looks like it is trying a new pair of wings. 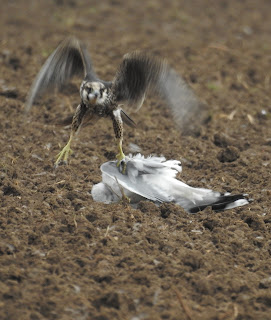 Eventually it carried its kill to the other end of the field away from the road. 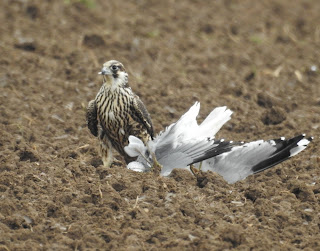 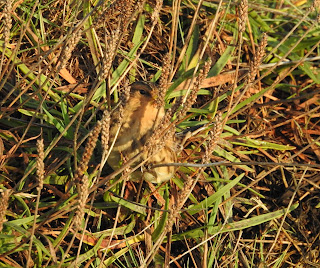 This Twite was sheltering from the wind at Newbiggin. It didn't budge as it was surrounded by food.

Email ThisBlogThis!Share to TwitterShare to FacebookShare to Pinterest
Labels: Druridge, Newbiggin by the Sea, Peregrine, Twite