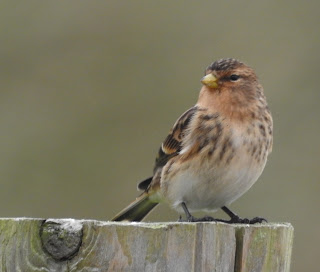 Twite on the beach at Chevington (40+ one day). 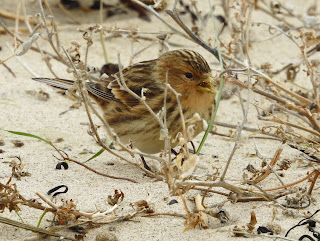 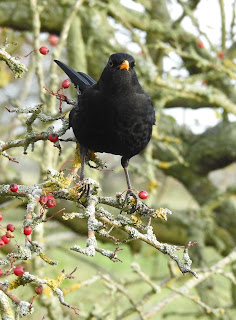 Lots of Thrushes arriving and most heading straight inland. Blackbirds hang around a little longer , stripping the Hawthorns of their berries. 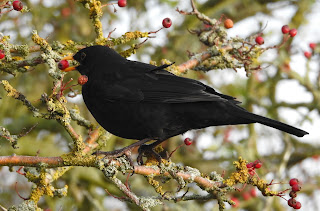 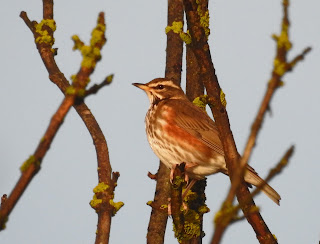 Redwing, Fieldfare and Ring Ouzel all seen in the Druridge Bay area. 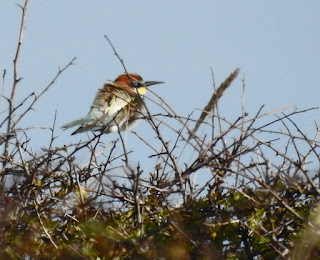 A trip to Hoy Island brought mixed emotions on Monday. A scattering of common migrants and news of a Bee-eater 30 miles South in the Bay. I didn't expect it to linger (especially I missed the 2 birds at Chevington the previous day when I was less than half a mile away) 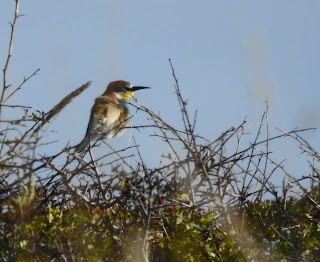 Well I left Holy Island at 11am and headed South. Thanks to news updates from JA and JB  I thought I had a chance. To my surprise it was still there. 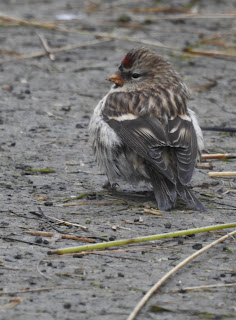 Redpoll feeding on the path at Druridge.

News on Thursday night that a Bee-eater was at Druridge late evening was interesting and I guessed it would still be there on Friday morning with a large crowd following it. 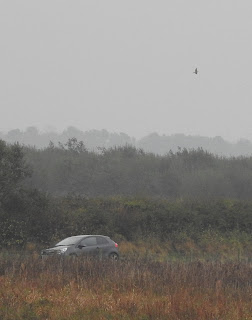 I spent the morning birding East Chevington. A splendid Yellow-browed Warbler was my reward. Then as I headed back to my car I noticed the Bee-eater feeding above my car. As I moved past the bushes I lost sight of it but at east I had my record shot. I count most of the bay as my patch but East Chevington is my favourite part of the patch so birds seen here are extra special. 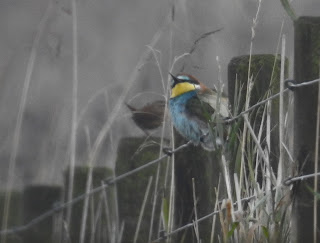 As I neared the car I spotted the Bee-eater on the fence line. I put the news on Twitter and RBA and expected to be joined by a small crowd. 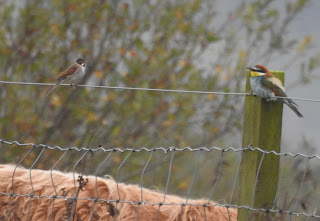 The only crowd to arrive were inquisitive birds and Cows. Most of the birders and photographers waited for the Bee-eater to return to Druridge which it did a couple of hours later. 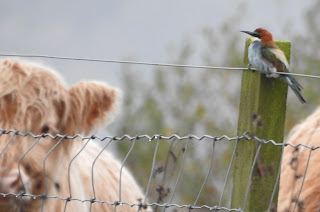 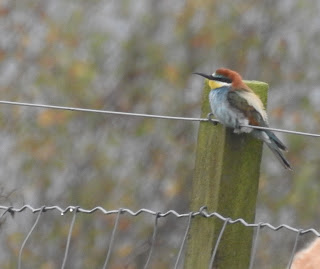 I was able to watch this bird for exactly one hour, on my patch, feeding, preening, resting and giving its flight call. 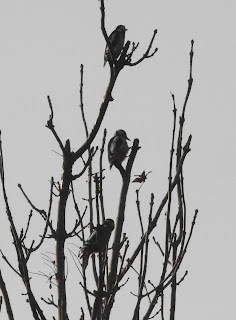 Later on Friday there were Bramblings, Blackcap and Great-spotted Woodpeckers at DBCP.