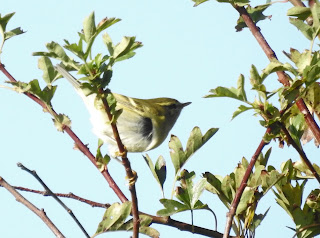 This is a Vapourer (moth)
Look closer and you’ll see it is male mating with a flightless female. The female stays near its cocoon and the male is attracted by pheromones. The eggs are laid nearby and the moth overwinters as eggs. Next time I’m on the Islad I’ll check for eggs. 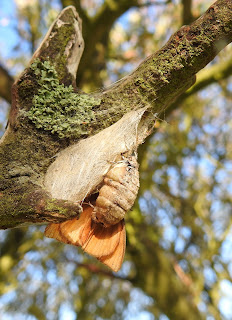 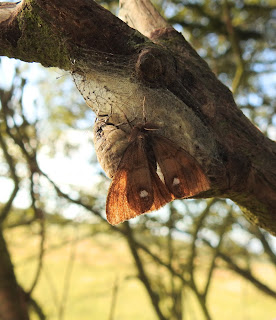 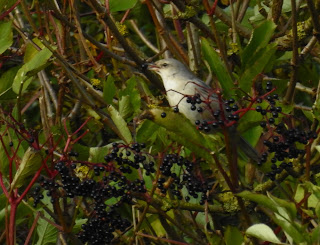 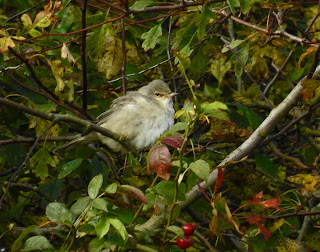 Well Northumberland birders must be the strangest community I know. A Barred Warbler was seen at earlier in the week, around the time I was driving past having been on all morning. The news didn’t make it on to RBA until late afternoon (16:04).

A phone call late Friday afternoon to let me know about a Barred Warbler at Newbiggin. A check on RBA and no details of location were given. Another phone call on Saturday and I was given the location and managed some fantastic views spoilt only by the news that the Barred Warbler was first seen on Friday morning. A Rosefinch was seen later also, but didn’t linger.

A fashion has obviously been started. Find a bird, tell your mates and let the birding world know about it some time later, preferably when it has gone. Well as a follower of fashion I intend doing the same.  I will try and capture snaps of the next few birds I find then I’ll post them the following day with vague directions e.g. Druridge. Ha! Happy Days. 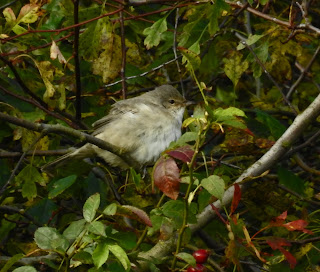 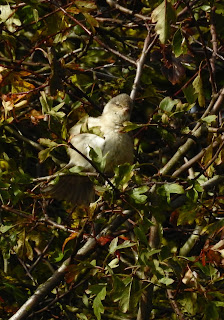 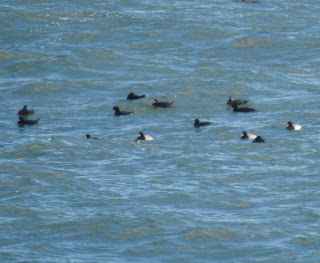 3 Scaup on sea with Common Scoter