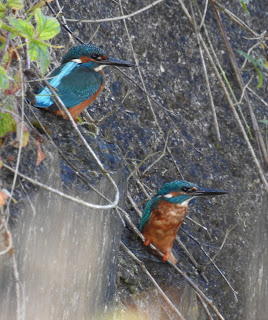 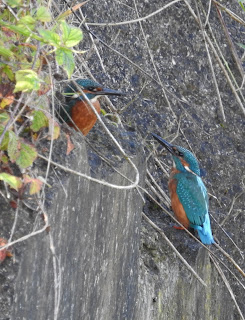 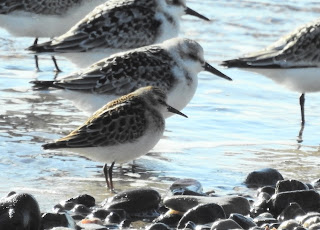 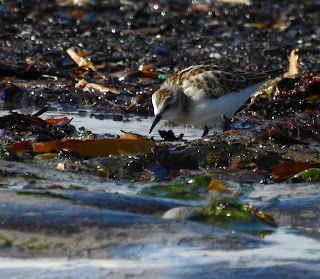 Good numbers of American waders are being found all around the country and like most people I'm on heightened alert. This morning I almost got my reward. A flock of 14 Golden Plover circled over the Causeway Pool at Cresswell. Immediately one darker bird stood out. I was studying it carefully as the birds circled at least 4 times gradually getting lower, as if to land. It had grey/dull underwings and grey armpits. It was darker above and it was slightly (but noticeably) smaller. The light was very good and the comparison very easy as they wheeled in formation. It was almost certainly an American Golden Plover but I will not be counting this bird as they suddenly changed direction and headed high North. I never saw the bird on the ground.  I failed to relocate the birds but will keep checking the local spots just in case. 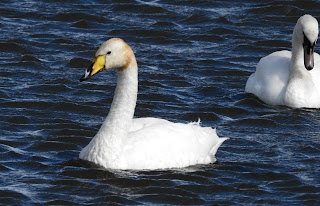 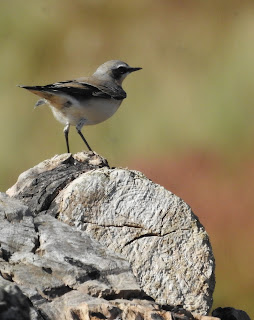 Lots of visible migration; Meadow Pipits, Wagtails, Hirundines and a few more Redpolls. Check Goldfinch locks because some are joining them when feeding. 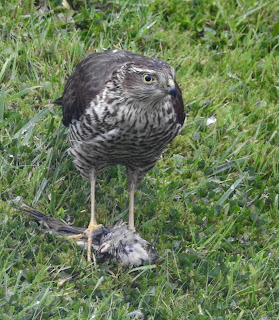 Opened the curtains early morning to find this Sparrowhawk with (apropriately) a House Sparrow. 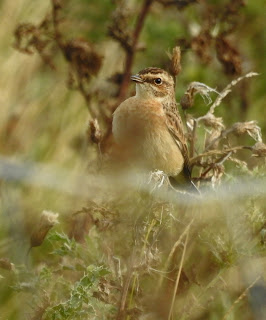 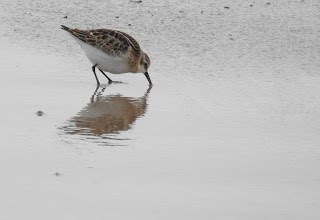 Little Stint still on the beach at Hauxley today (Wednesday). 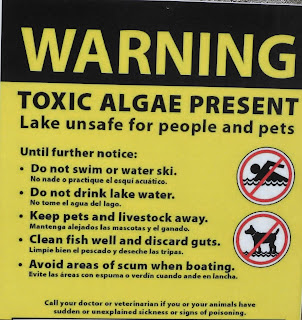 To very smelly areas in the bay. DBCP having problems with Blue-green Algae and a dead Deer near the path to the hide at Chevington. 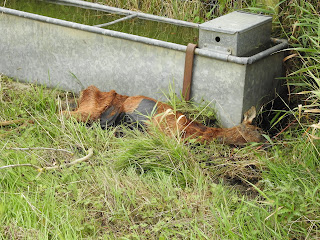