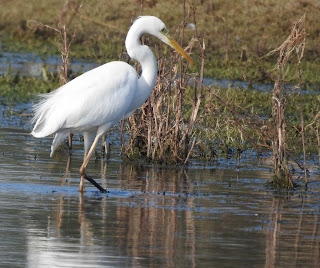 Thanks to STa  for finding this Great White Egret and the news was put out quickly. As I was at Lynemouth Power station car park, it was only 10 minutes later and I was watching the bird (at Bothal Pond). It had a loose feather to spoil the aesthetic effect but it had no problem flying. 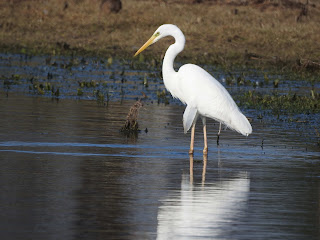 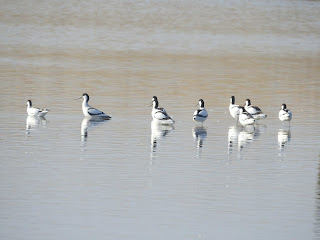 Earlier this morning I noticed a report of Avocets at Cresswell. Again I was nearby and arrived to find 10 present. I have been  checking Cresswell every day in hope. The nine stuck together but weren't too happy with the ringed bird? This, I'm sure, is the regular returning bird. Ringed in the first brood at Cresswell 10th August 2012. 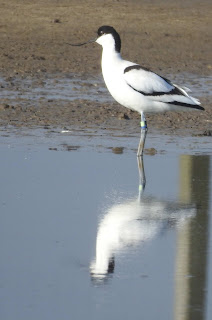 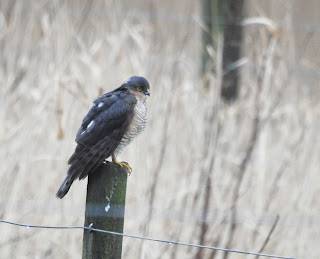 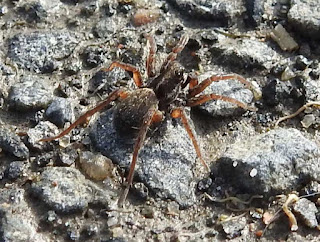 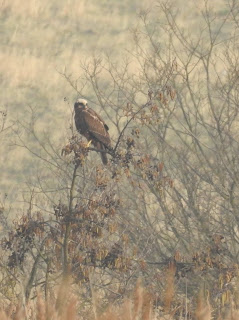 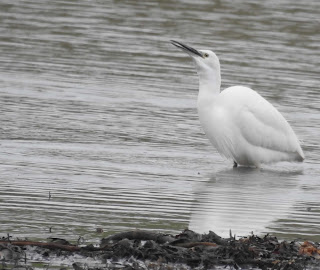 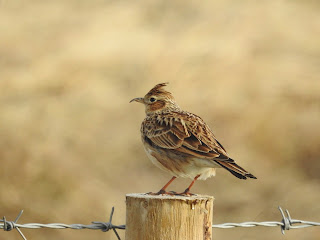 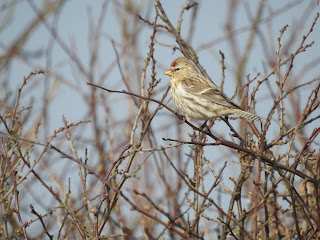 Even a pair of Redpolls lingering at Chev.