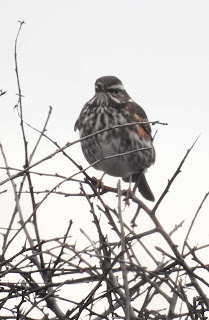 Still more Thrushes
A few redwings in the dunes and a flock (c150) Fieldfare near Seahouses. A trip to find the Black Scoter proved to be beyond my ability. Might try again as it has been seen every day since my visit. 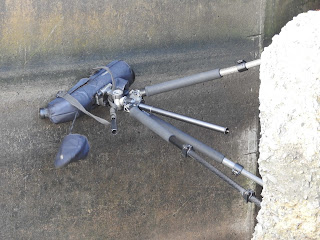 Bloody Wind
My telescope and tripod were blown over the culvert at Chev (burnmouth). Amazingly it wedged itself against the concrete blocks and out of the water ... YES! So I climbed onto the block, pulled the leg, only for it to separate from the rest of the tripod and the whole lot plunged into the burn ... NO!  I eventually found some driftwood to hook it out and then realised another of the legs was still in the burn. The tripod is carbon fibre but the joints were some nasty cast metal and that was their weakness. Amazingly my telescope was wet but unscathed but I am now using my old uniloc tripod which weighs a ton. 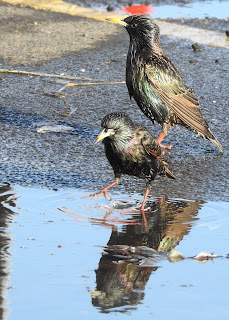 At home I had an unexpected visitor! Adding a Nyger feeder has encouraged 3 Goldfinches to visit. How Do They Know?

As I look out from my front room I can see about a metre of stone wall of my neighbour's house. There it was a Wallcreeper. Well no a Treecreeper scaling the wall. Thinking back I have had one in the garden previously (some years ago) it was on the peanut feeder. I guessed it might have been looking for insects between the nuts? 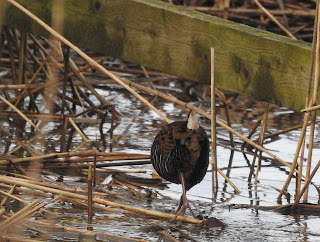 Fabulous views of Water Rail at Chev, sadly no sharp images because of my over-excitement. 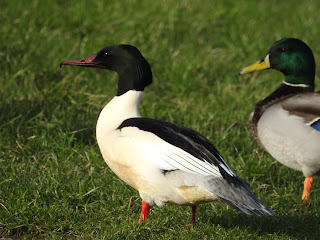 One of the stars of DBCP at present. This Goosander will even follow you along the shore. However getting the lighting perfect to show all the intricate colour and patterning is tricky. This bird follows the Black-headed Gulls to the bread thrown in the car park. So is it wild .. of course it is .. it is simply mimicking the behaviour of the birds around it. 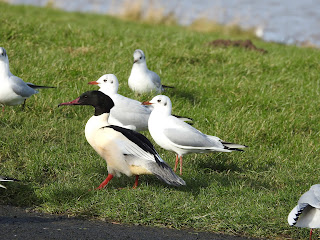 Also in the Country Park there is a small flock of Crossbills. I came across them again to day but they flew across the lake and out of view. 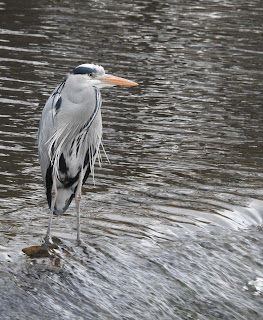 This morning I spent several hours along the Wansbeck. The bird life was good; Kingfisher, Nuthatch, Grey  Wagtail, Goosander, GSW and Heron but the target bird had gone?? 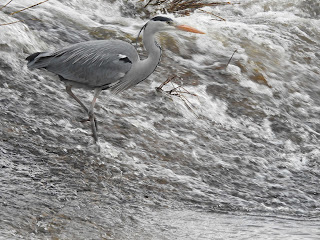