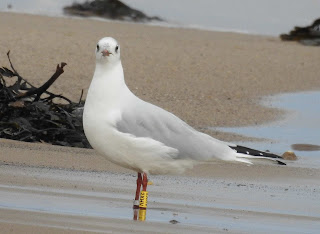 Update on this B-h Gull. I found the ringers details on the CRbirding Site and received this information. 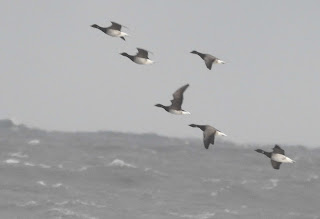 The strong winds and cold weather meant the focus changed to sea passage. Predictably Little Auks played a starring role but the hoped for Grey Phalaropes haven't appeared yet? 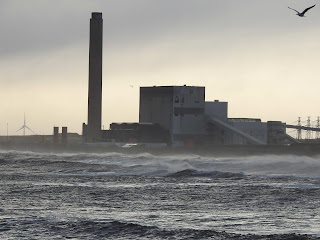 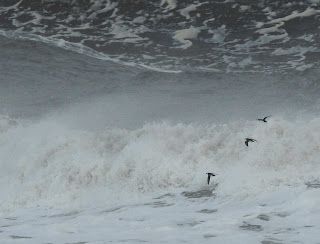 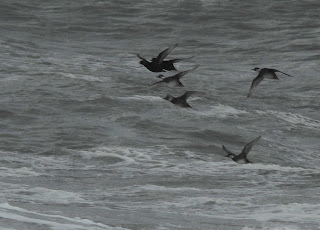 Yesterday (23/11/205) the female Marsh Harrier was struggling to find a meal. Firstly it attempted to catch a Teal from the water on the South Pool. it swooped more than ten times (The Teal just made a splash and shallow dive to avoid the harrier.) before giving up and resting in a nearby tree. 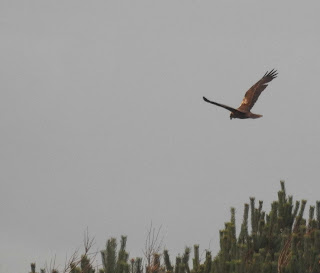 Later the Harrier was over the North reedbed but gain was unsuccessful. Hopefully it caught something when I left. The Harrier now has a missing weather or two on the right wing maybe from the unwanted attention of the local crows?