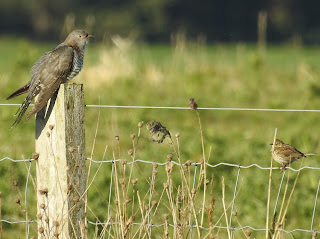 Well, back from Poland and there has been a lot happening. Red-backed and Woodchat Shrikes reported, Spoonbills touring the bay, 18 Little gulls and a trip to Holy Island. 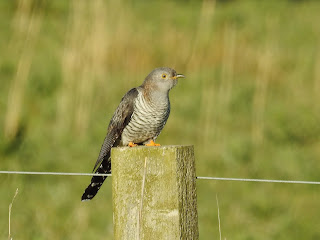 This Cuckoo has been around Chevington for the last few days (with it or another at Druridge Pools). 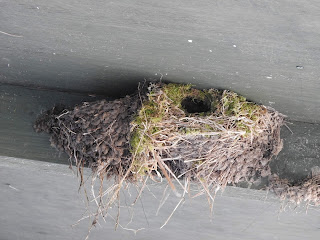 The Swallow nest on the right was re-mastered by Wrens in the winter so the Swallows added a new one to the left (semi-detached accommodation). 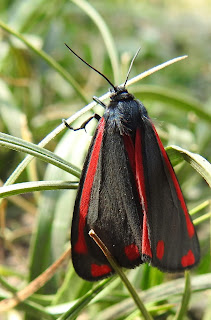 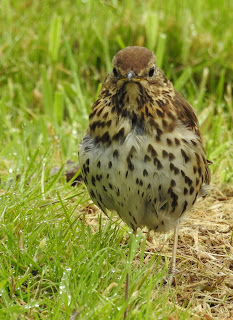 Today an early start and a trip to Holy Island. Sometimes when you arrive on the island you know it's quiet and you're not going to see much. So after two hours I had  reached Chare Ends with little to comment on. Suddenly a familiar sound from the 'set aside' fields  'wet my lips' a pause then it called again. It was obviously making its way across the field as the sound travelled from one end to the other. As with most of my Quail records this was also a no show. 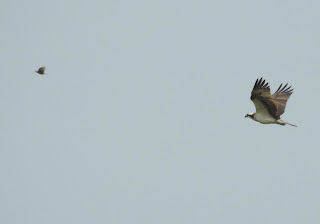 Having just tweeted my 'sighting' I looked up to see an Osprey. Well not bad. 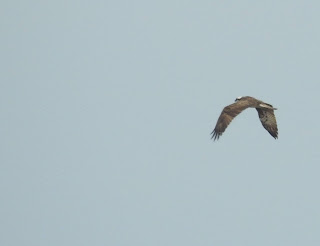 A quick look on the Snook and I was headed home.

Back at Chevington, a Spoonbill flew South (only to fly off North when I got to Druridge later). 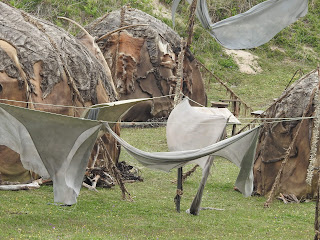 The Beowulf film set looks quite impressive in the dunes but it is on the area where Orchids and Helleborines flower. 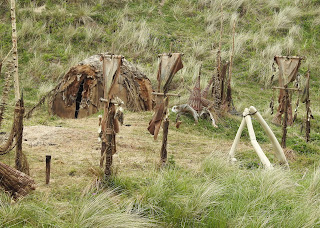 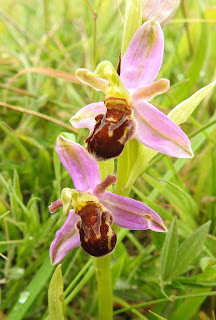 A check in the Country Park and I found a couple of Bee Orchids. 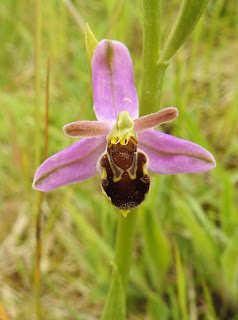 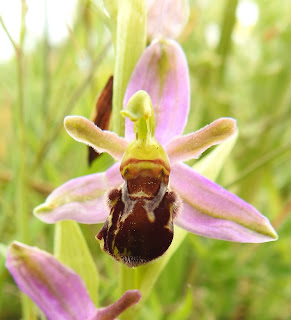 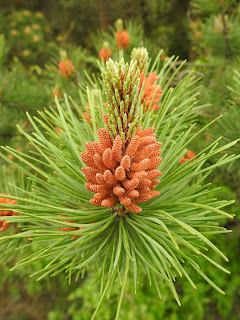 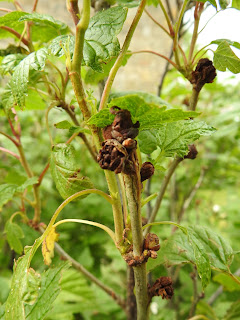 I returned home to find my Blackcurrant bushes 'fruitless'. I think it is caused by Big Bud Mite.