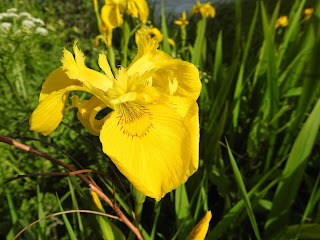 Recent reports of Bee Eaters have added to the anticipation of patch visits. Sadly none have been seen but it certainly prevented the post holiday lethargy. 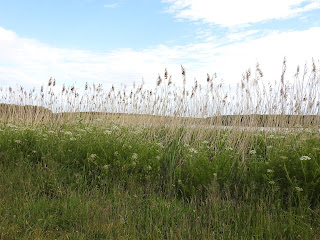 Small patches of reeds in the Country Park are now home to Reed Warblers. Strange to think that  not so long ago Reed Warblers were a scarce bird in Northumberland. 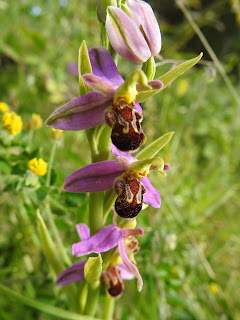 My search for Bee Orchids continued and I found 4 new spikes. 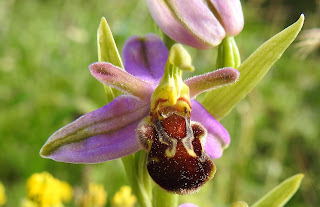 Moorhen chick ... not the prettiest. 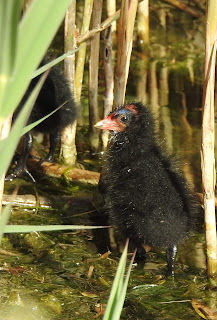 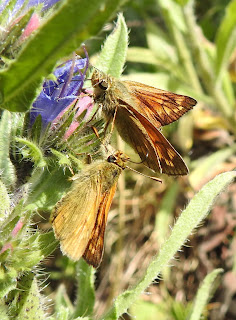 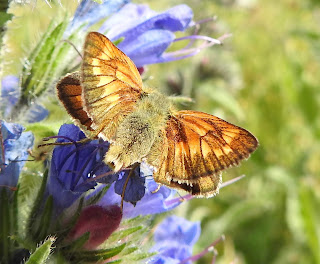 Later I found an Otter close to the hide at Druridge (I dashed to tell the people in the hide opposite, one was delighted the other didn't bother to come and look a it ... aren't some people strange?) 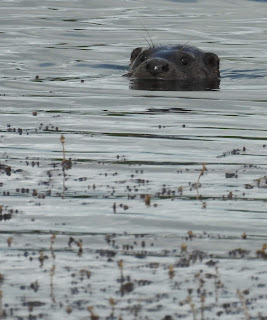 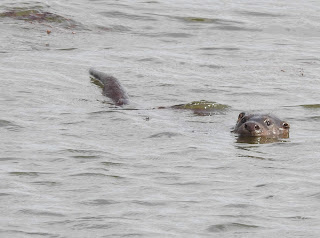 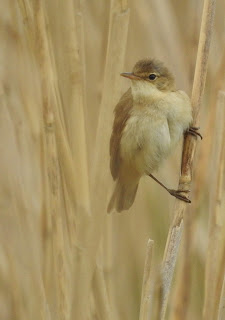 I finally managed a photo of Reed Warbler at Chevington. They haven't been very showy this year despite being very vocal. All the time I hoped the Saltholme  Squacco might have relocated North ... not yet! 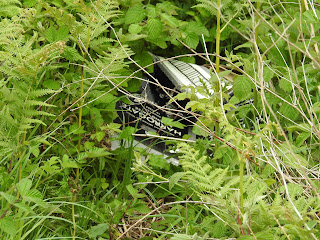 Finally, you get a better class of litter from film crews ... Harrogate Spring Water (not the usual Fosters and Macdonalds). I did get a prompt reply from the management team to assure me that they will leave the site free from litter.