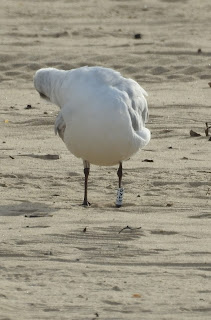 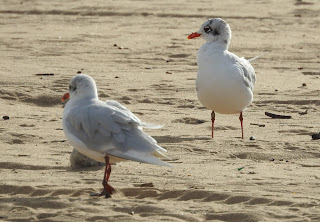 It was a surprise to see 20 Mediterranean Gulls on the beach at South Shields. If it had been Newbiggin I probably wouldn't have reported them but I think this was a good count for South Shields. There were none there a couple of days later. Several had metal rings but these are pretty useless because it is almost impossible to read the whole code number. The Colour ringed bird was much better and a I received a quick response from Camille Duponcheel with information that it was ringed on the Artificial Island (De Kreupel, Noord Holland) as a pullus in 2021. 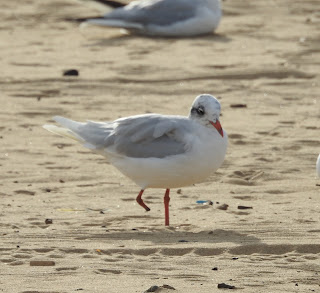 A similarly ringed bird was found by AP at Newbiggin was ringed at the same place on the same day. 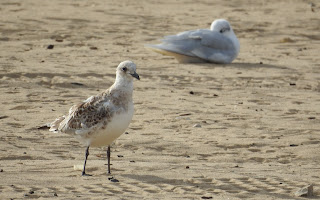 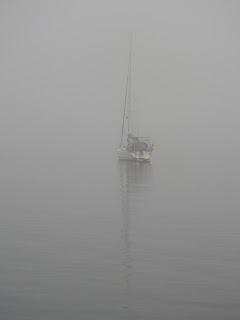 Light Easterlies and Mist raised hopes that a few migrant birds would be found. No luck! Pied Flycatchers were being reported everywhere except where I checked. 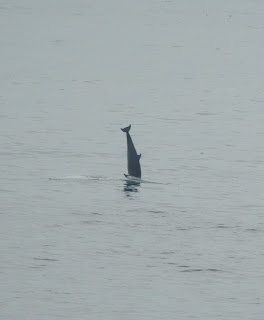 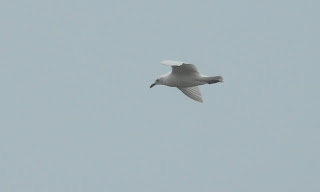 This all white gull gave excellent views. I immediately was put on alert that it might not be a proper White-winger. Last year there were several reports about a leucistic Herring Gull. 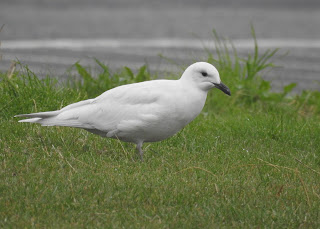 Opinions on twitter were split between, Herring Gull, LBB Gull and Iceland. 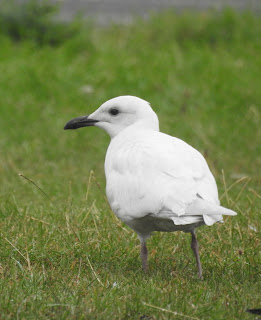 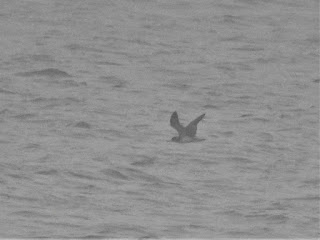 Yesterday (17/08/2022) was a particularly good day. The morning started with a Merlin, then the high tide roost had Roseate Terns, good wader numbers, including a couple  of Knot and a SP Grey Plover.
News from JG that a Cory's Shearwater was close by was brilliant because AP picked it out and it gave super close views at one stage it was passed by a Manx Shearwater and the comparison was great to observe. Arctic Skuas chased terns and unsettled the wader roost. Shame about the gloom and the misty conditions but scope views were better than these photos suggest. 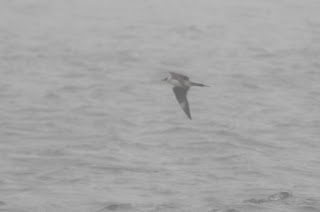 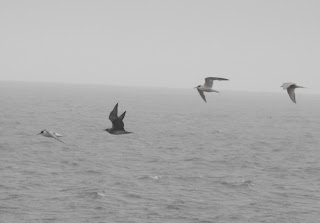 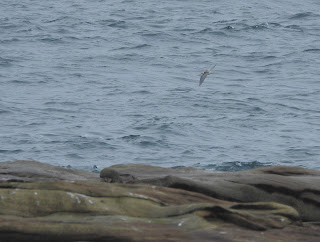 AP picked out this Black Tern but instead of joining the roost it headed north and didn't linger. 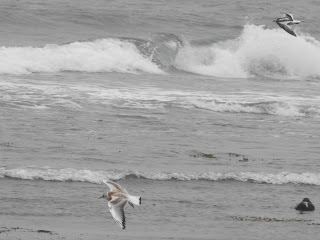 Just like the Black Tern, this Juv Little Gull (with juv BH Gull) didn't linger. As we checked  the waders feeding on the falling tide a Sparrowhawk flew past at very close range. What a sight! The wind picked up and the rest of the day was spent at East Chevington. Some distant Waders and a Water Rail were the highlights but the conditions meant checking for migrant passerines was pointless.
Posted by baybirding at 21:41