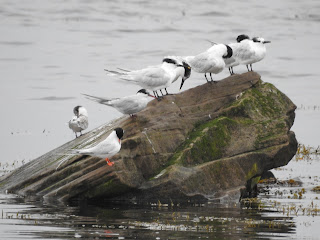 Nice selection of Terns at Newbiggin. 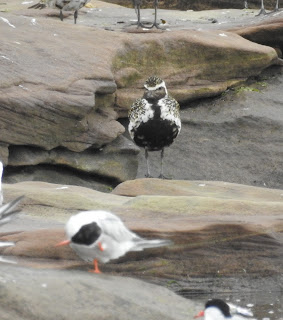 Plenty of Golden Plover to check through. This darker individual made me stop and check it again. 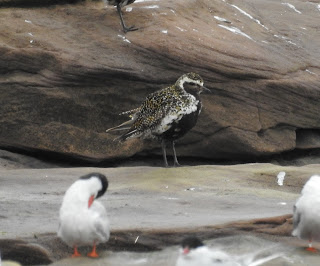 AP spotted two White-beaked Dolphins and while concentrating on getting a photo we failed to check the scoter flock passing North. A careless mistake because I didn't notice the two Velvet Scoters in the flock. 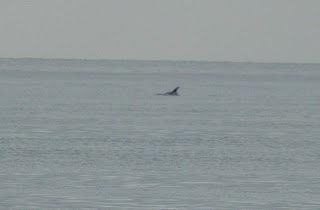 After a couple of hours at Newbiggin I headed for East Chevington via quick stops at Cresswell and Druridge.
Waders definitely the order of the day with Greenshank, Wood Sandpipers, Common Sandpiper, Ruff, Black-tailed Godwit and a lot of Snipe. Star bird however was the summer plumage Grey Plover. The reedbeds are still holding some warblers and Cetti's warblers were singing from two different sites.
One of the juvenile Marsh Harriers gave good close views.
Interestingly there is also a leucistic bird in the area. Probably a Sand Martin. 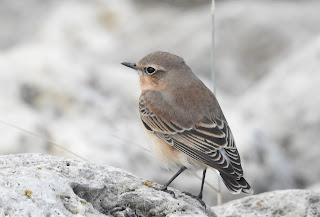 Back at home (South Shields). A local birder pointed out this wheatear to me on the pier and later I saw another further South and a Merlin. It seems the inland birds are heading for the coast. Whinchats and Pied Flycatchers are also being reported but I haven't seen any yet. 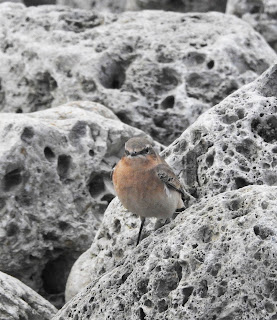 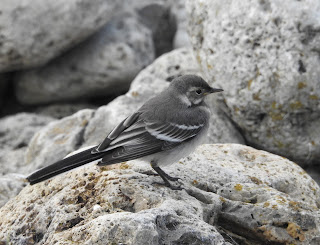 Pied Wagtail
Posted by baybirding at 01:20