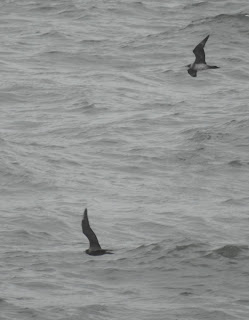 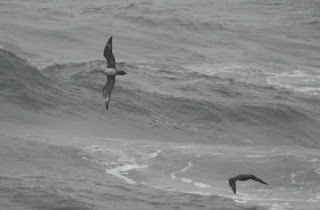 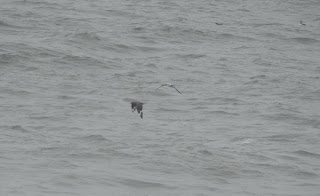 Great Skua
Seawatching was quite productive this week but no rares. The best I managed was a Sooty Shearwater in great light that kept getting closer and closer eventually banking and showing the silvery underside. (I was so busy watching it that I forgot to take a photo.) 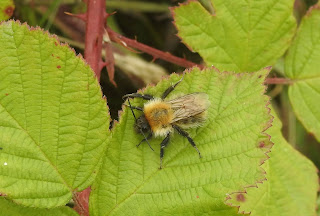 ID when I get around to it. 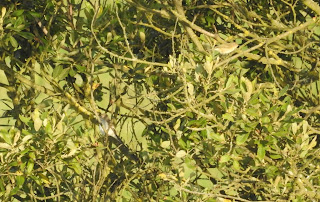 A distant Pied Flycatcher and a good flock of interesting mixed birds at Chevington. In this case I had several attempts to get a record shot. It then was chased away by the Goldfinches. I thought I had failed to capture it but on checking at home I think I did well. (Don't forget to click on photos to enlarge.) 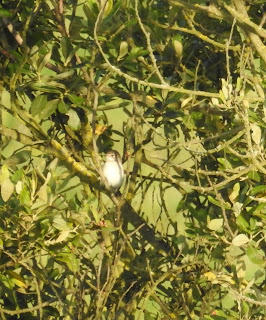 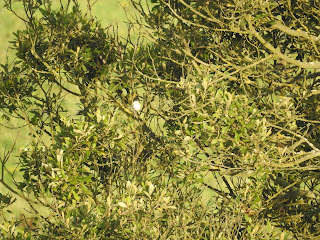 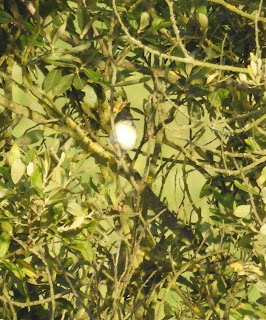 That damn twig makes it look like a godwit :-(
Posted by baybirding at 05:31