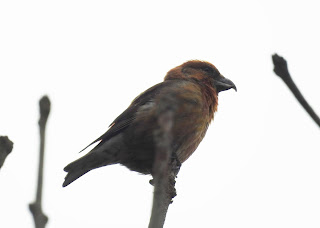 Crossbill
DBCP
I will eventually get a snap of one with a darker background ... I hope. 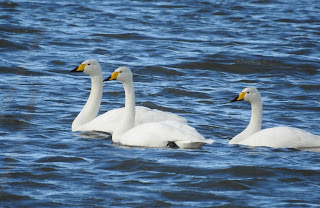 Whoopers
I received a message from AP to let me know some Whoopers where heading my way. I picked the three of them up quickly as they struggled against the side-wind. They looked as if they might head for Chevington (I was at Druridge). So it wasn't a big surprise when I saw three very smart Whooper Swans on the North Pool. 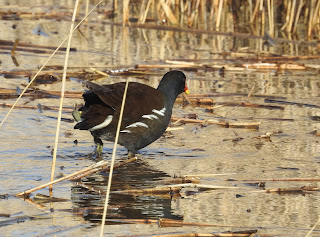 Some new watery habitats created at Chev and when the sluice is finally opened it could be a bumper year for crake sightings. (Fingers and Toes crossed.) 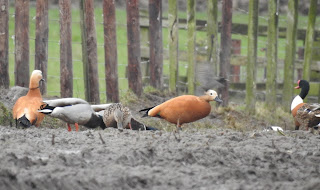 Ruddy Shelduck
A couple of newcomers in the field at Bell's Farm with up to 40 Shelduck and a few Mallard. 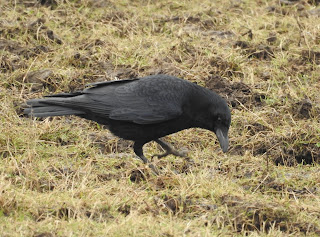 This morning a flock of Carrion Crows were having a feast as frogs were working their way to the pools to spawn.
Posted by baybirding at 04:07