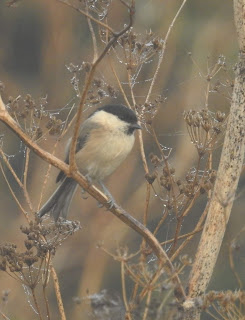 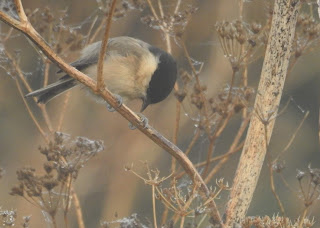 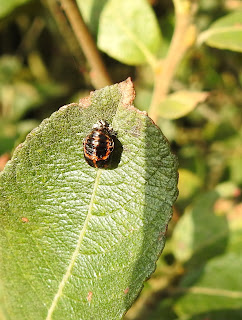 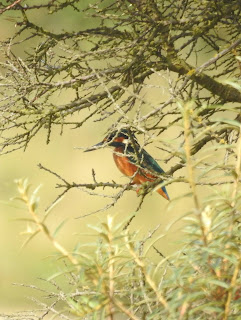 Leaves and branches getting in the way all week. 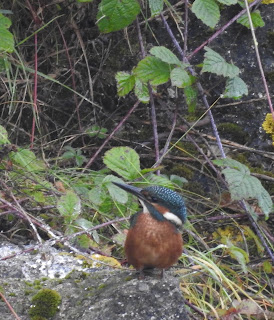 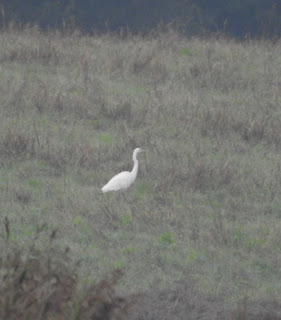 How times have changed. Ten years ago I would have tried to get a decent picture but now, this was probably my fourth of the year in Northumberland, I hardly gave it a second glance. 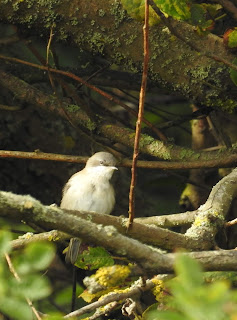 Surprisingly Newbiggin has not had much luck with migrants this year. No doubt it will all change next week when a Black and White Warbler is found on the Ash Lagoon Banks.

Whinchat, Lesser Whitethroat, Redstart and a small influx of blackbirds. 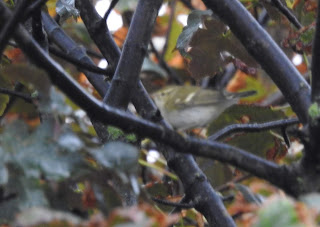 Yellow-browed Warblers are everywhere (except Newbiggin and East Chev :(  ...)

This was one of the South Shields birds. The piers at North and South Shields draw in birds which follow the pier and end up at Tynemouth or the Pier Head Car Park, South Shields. I visited before dawn and was lucky enough to find YbW and Red-breasted Flycatcher. It was too dark for photos as you can see from the picture above.

After taking Mum shopping we returned to the car park but it was raining and the North and South Marine Parks proved too difficult to search for birds. I eventually left for home. As I got through the tunnel AP rang to let me know about the Rustic Bunting. I decided to go back and spent two and a half hours searching sadly it wasn't seen again. Notoriousy skulking birds I guess it is still there and might give itself up this weekend. 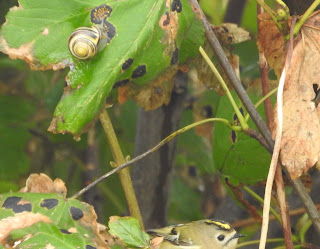 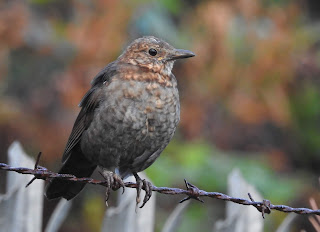 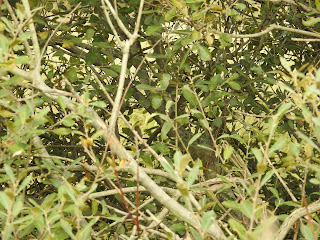 Today I found another YbW which showed really well in good light but was impossible to capture (great to watch though) ... it was in there somewhere. 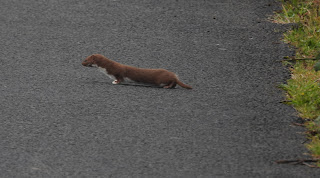 Earlier in the week I had a fabulous close up encounter with a Weasel at Newbiggin. I mentioned to AP that I rarely see Weasels but often see and photograph Stoats. Well ... eat my words, today I saw another at Druridge and even grabbed a quick snap. It's not all about the birds.