Six of the Best 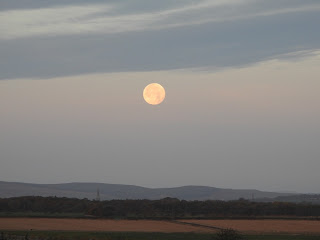 Needs to be closer to horizon to appreciate size. 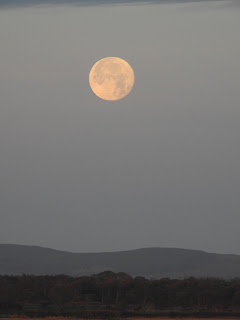 A week of good birding started with 2 Woodcock and 3 Jack Snipe. Hen Harriers, Buzzards and Sparrowhawks still in evidence. Terrific wildfowl numbers on the pools. Whoopers moving through 28 this morning followed by another group of 21 reported later. Compared to last year they seem to have had a better breeding season (11 young in flock of 28). 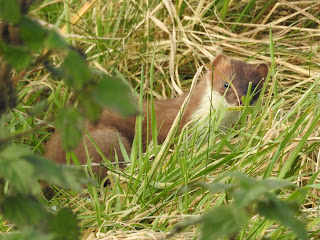 Fieldfare and Redwings still ariving. A Snow Bunting 200m from the house (thanks to my neighbour for finding it). 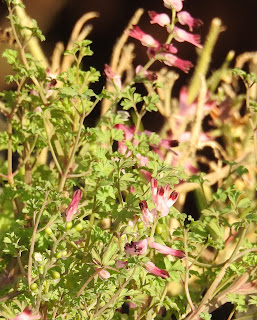 Fumitory still in flower. I need to relocate this as I can't ID it from these pictures. Thought it would be officinalis but they normally have 20+ flowers together. 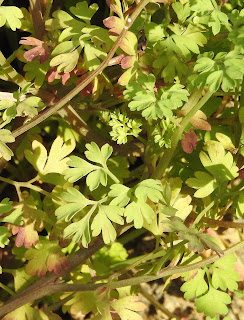 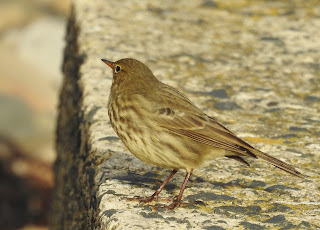 Still beach-combing each morning. Hoping for a buff-bellied or other heart-stopper. 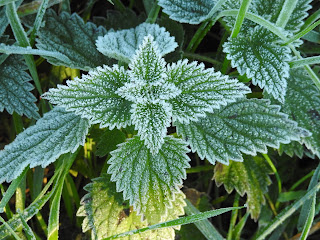 Frosty morning, but not hard enough to make the walk from Cresswell to Walkworth pond possible. Quagmire! 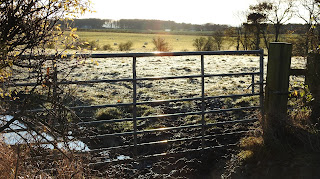 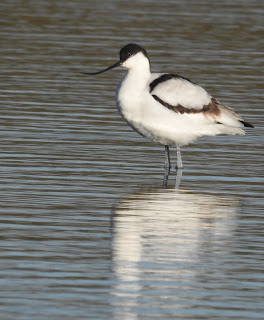 Avocet
Still hanging on at Cesswell. 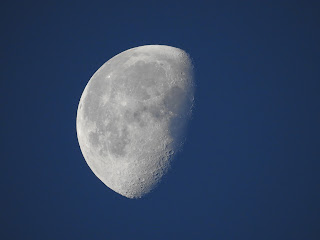 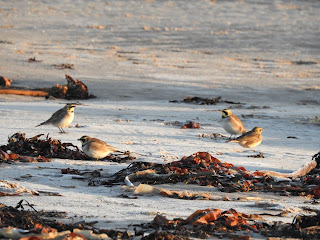 Finally my trips to the beach pay off! 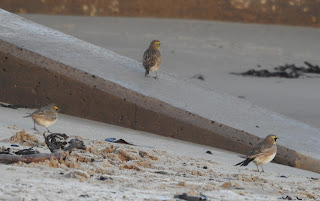 Sadly they were disturbed several times but kept returning to feed, until finally they gave up and headed away low to the South West. 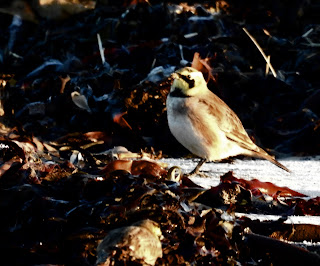 I hope they are relocated somewhere nearby. 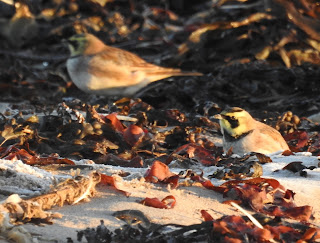 Sadly I failed to get all six in the frame. There are five in each of these two photos 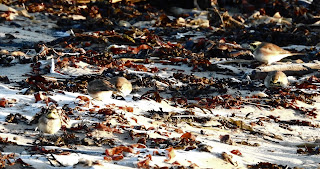