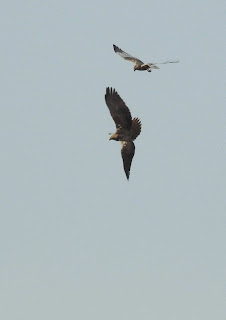 Fabulous morning watching the Harriers. A second female passed through (the fourth different female at this site this year). 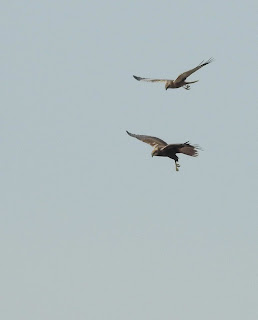 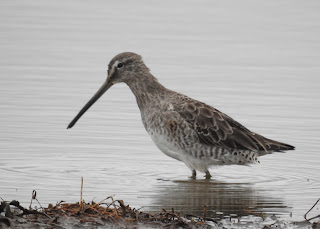 Contrary to my previous post this Dowitcher is starting to moult. There is some orange on the upper flanks and some wing coverts are attaining the adult pattern. 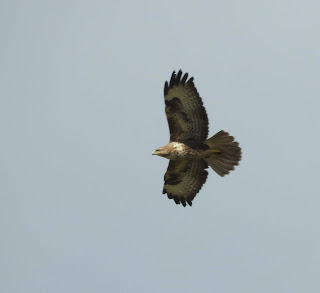 Plenty of Buzzards in  the air over the last few days. 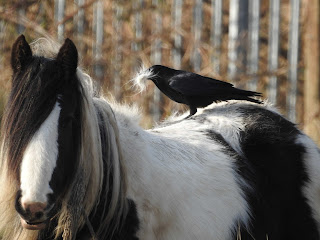 Plenty of nesting material available for this Carrion Crow.

50+ Sand Martin and a single Swallow were feeding over the pools today. A Wheatear as I left Chev followed by 45+ Whoopers heading North. 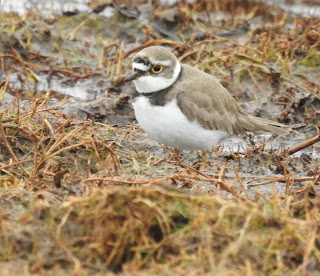 Refreshed with a nice coffee, I headed for Druridge. 2 Ruff, 2 LBB Gulls stealing Greylag eggs and some very smart Pintail. At the Budge screen I was informed of this LRP at Cresswell. Very nice! 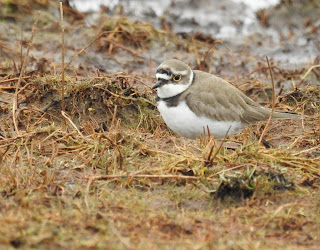 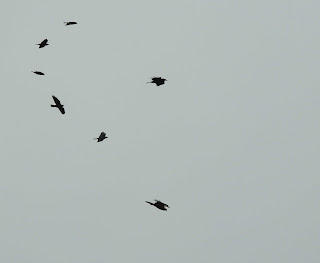 Also at Cresswell the third female Harrier of the day. This was the overwintering bird, easily recognised by the missing feather on the right wing. It headed North at about 11:35, ten minutes later it was hunting the North Reedbed at Chev. The Sand Martin count was now 100+ with still only the single Swallow. 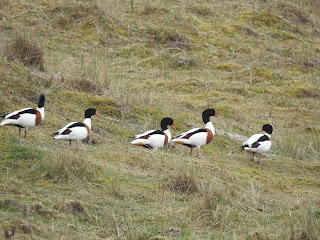