A Pause for Thought? 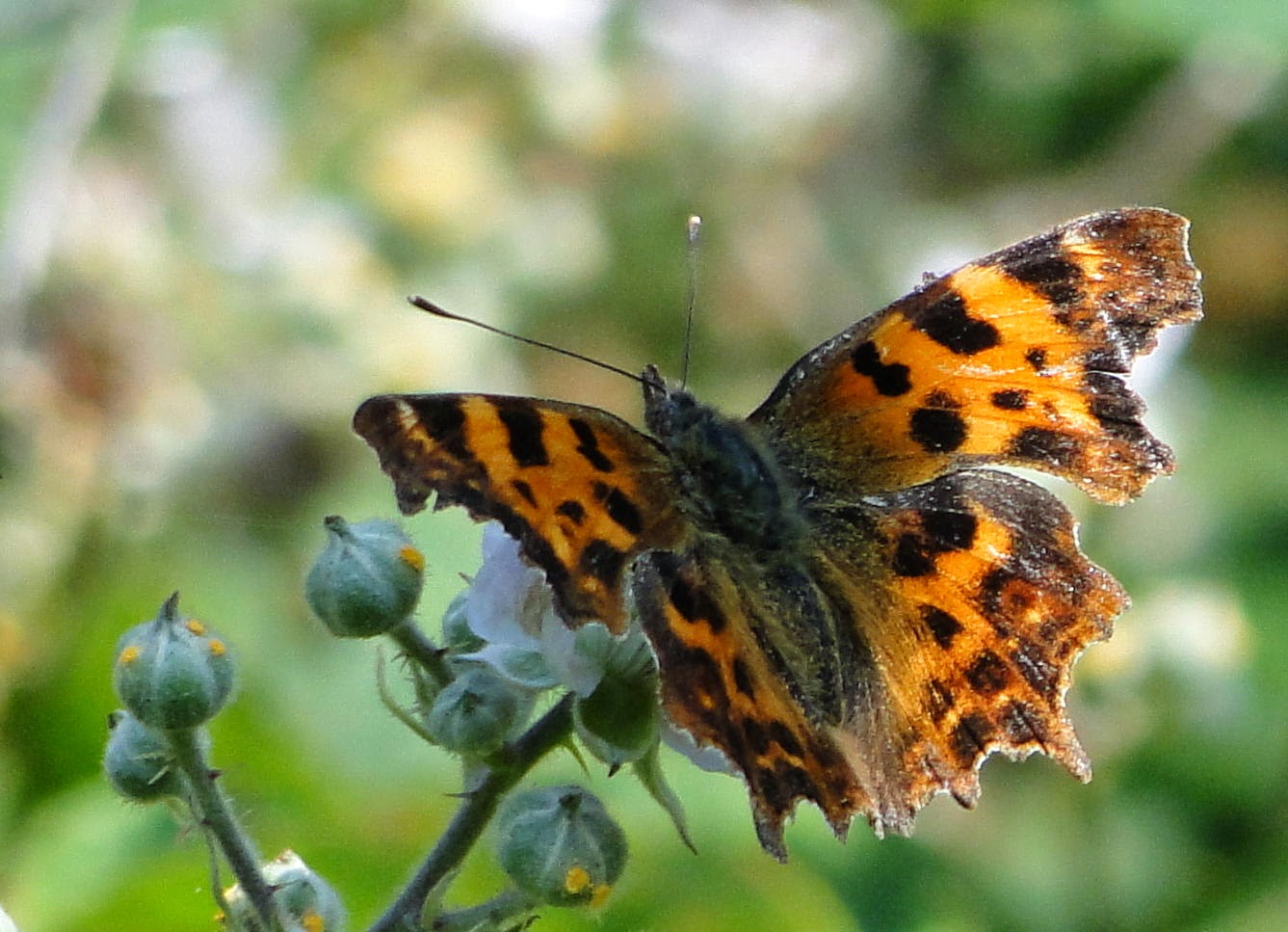 No the puns don't get any better.

Started at Warkorth today and travelled down the coast. Waders were the most numerous birds. 200+ Dunlin at Amble and a further 150+ at Cresswell. 16 Avocet at Cresswell, Little Egrets all along the coast and 12 Knot in summer plumage.

The sighting of the day (c/o AC) was this Comma (Butterfly) Polygonia c-album. Not a species I see very often and typically I didn't have the camera. So a quick sprint (I think not) to the car and 15 minutes trying to relocate it, I was eventually successful. It's a bit worn, but an interesting sighting nonetheless. 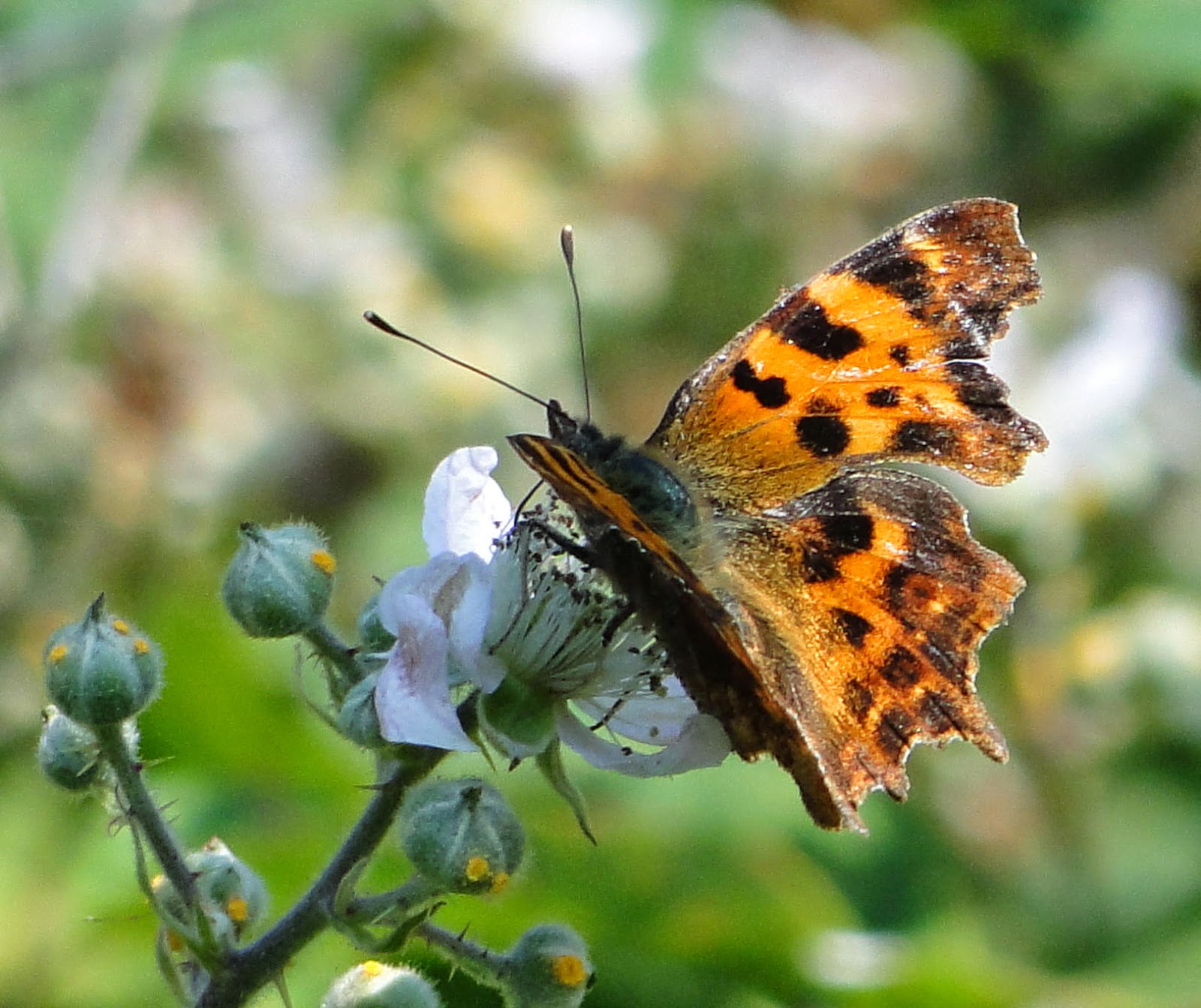 The wader theme returned as I walked an area near my house and was mobbed by a Curlew which was protecting its three (short-billed) almost fully grown young, In addition Blackcaps, Lesser and Common Whitethroats, Yellowhammers and Bullfinch were spread along the hedgerow. My first glimpse of a Hawker Dragonfly was to keep its distance and remained unidentified. 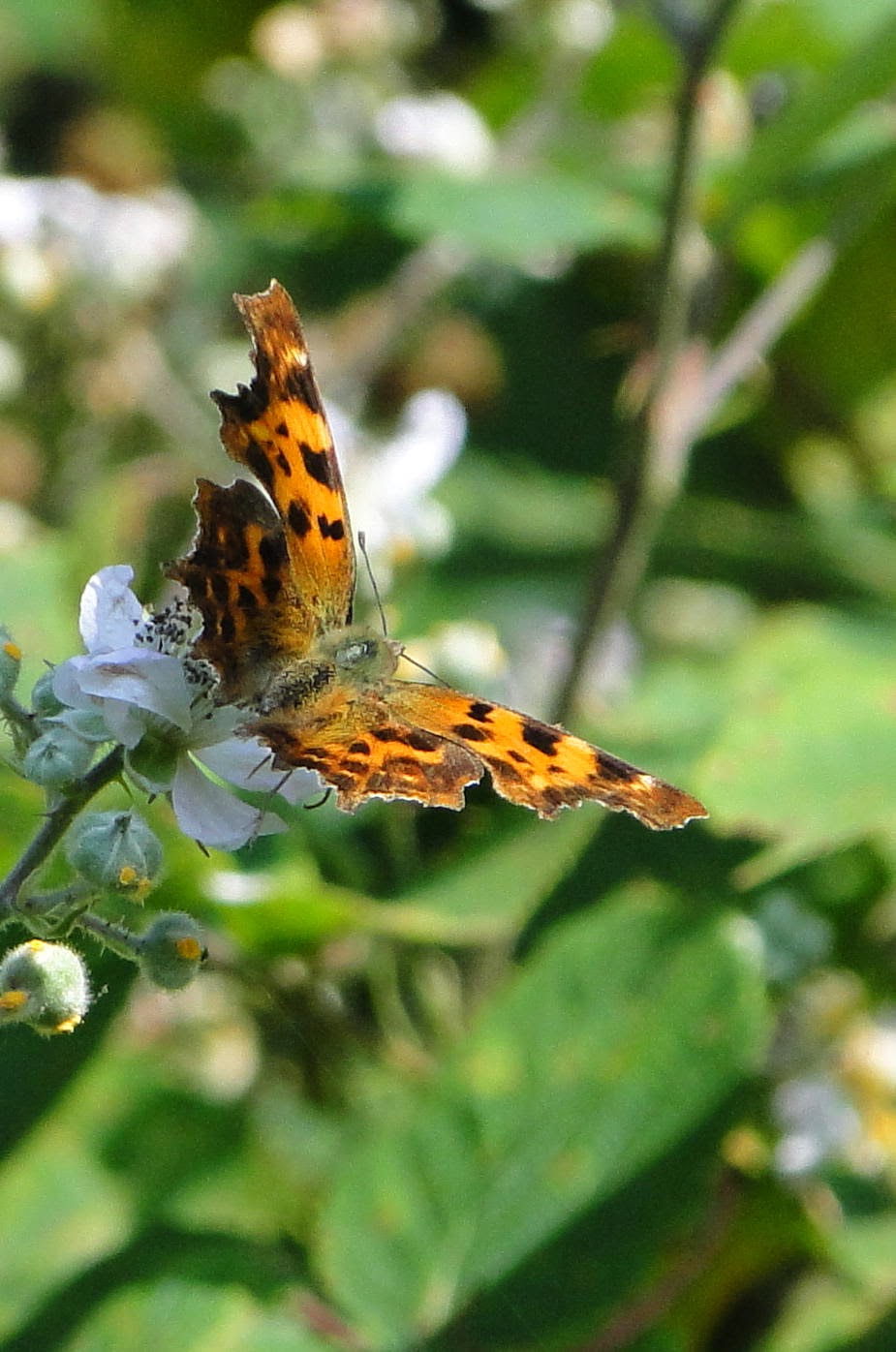 Heading South tomorrow (just across the Tyne), hopefully some new habitats to explore.
Posted by baybirding at 05:54

Email ThisBlogThis!Share to TwitterShare to FacebookShare to Pinterest
Labels: Comma