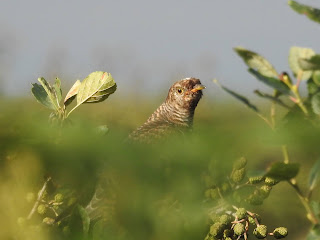 Juvenile Cuckoo
Had to get on tiptoes to get a couple of snaps but delighted with the results. 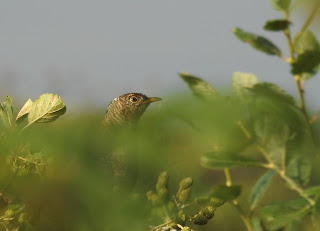 My usual daily visits to East Chevington are still paying off. Greenfinch, Nuthatch, GS Woodpecker, Garganey, Scaup, Marsh Harrier, Sparrowhawk, Singing Cetti's Warbler and still the odd lingering Sedge and Reed Warbler.
After the patch visit this morning I was drawn to Druridge. On arrival I noticed a group of birders from a mini-bus scanning the dunes. I assumed wrongly they were looking at the Stonechats. This I thought was my opportunity to get a quick scan of the Budge fields before they went to the screen (I'm still concerned about big groups and covid.).
As I headed away from them several people in the group kindly shouted for me to join them. When I got near they announced that they had found a Red-backed Shrike.
Thank you!
I was very pleased to get some great views even though it was distant. The group of birders were up from Norfolk. 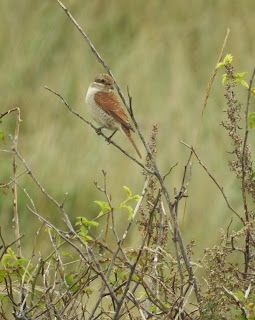 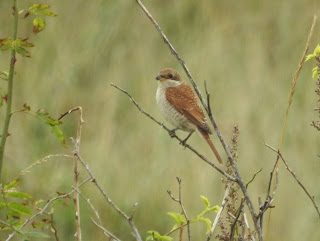 Heavily cropped pictures and while I was there nobody tried to get too close. It was of course flushed by walkers in the dunes but they were blissfully unaware of its presence. I saw it pick up some large caterpillars and twice it caught large bees. 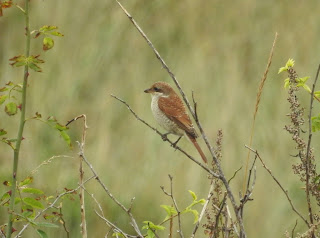 Once again thanks to the Norfolk birders who found the bird and called me over. 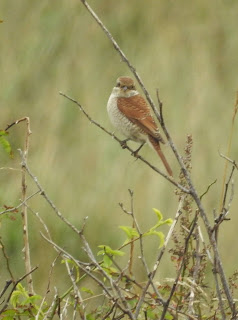 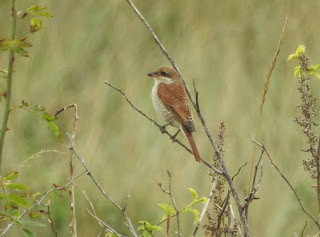