Something to Brighten any Day 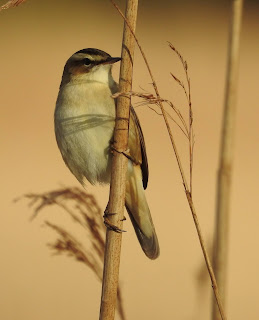 Sedge Warbler
As the number of returning birds increases they become more vocal and showy, marking  their territory. This makes them easier to photograph for a short while before they get on with nest-building and feeding duties. If they double brood they may burst into song again, a month or so later. 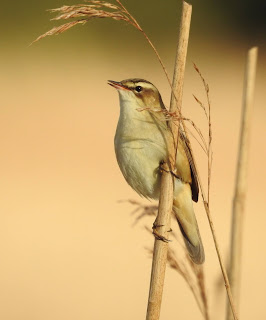 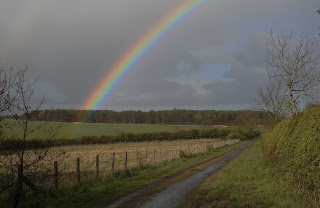 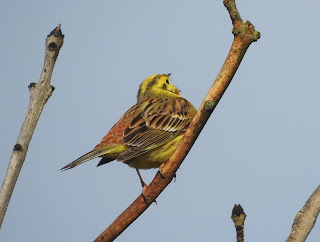 Yellowhammer
After the shower the birds were up on their song posts (branches) again. 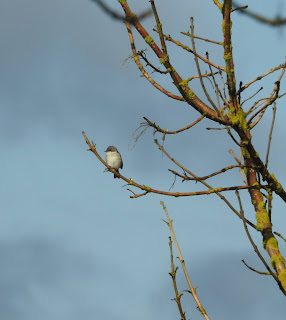 Lesser Whitethroat
Only three on patch (and one at Cresswell Car Park) So not easy to photograph as yet. 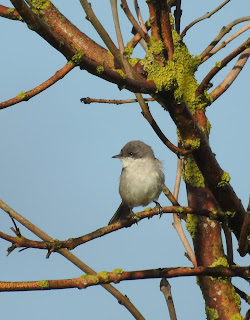 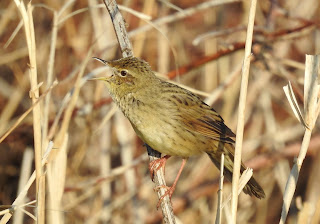 Grasshopper Warbler
Lots of returning birds. Ten territories (at least) on my patch. 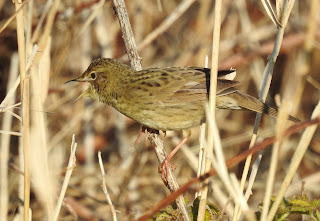 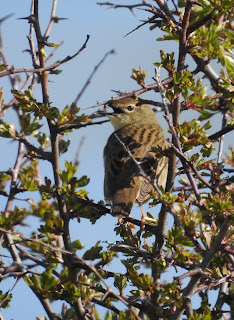 The black-billed male remains on his chosen territory close to the hide but this year he has nearby competition.
15 Wheatears on the patch following yesterday's fall of birds. 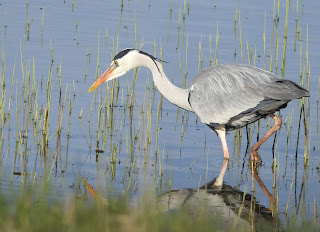 Lovely watching this in gorgeous light. Need to zoom in to appreciate all the plumage details. I think it deserves a better name than Grey Heron! 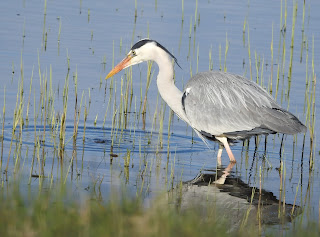