Oops Video Fail
An early visit to see the Starlings leave the roost was well worth it. The sound of several thousand starlings stirring is amazing. Two harriers then took flight and the nearby starlings moved along the reeds. Then a flock of c500 left the roost. A Barn Owl was nearby and the harriers continued to stretch their wings. Eventually a flock of 3000+ starlings left the roost. The video above showing a part of that flock.
Excitement over I took the telescope to the other pool. Another Barn Owl did a close flyby and the Cetti's burst into song. 14 Whoopers whooping! A flock of 14 Long-tailed Tits left the roost near the hide. Ah, excitement over now?
Well not quite. A return to the North Pool had a Barn Owl perched opposite with a drooping wing. I met up with a local photographer who had witnessed a raptor attack the owl. I looked at his photo and it revealed a Buzzard pinning down the owl. The Barn Owl made it to the trees and was 'licking its wounds'. It later flew off unseen. I hope the injuries were not too bad.
Finally I went to the beach and scanned a flock of Common Scoter. Nearby, there were Red-throated Divers, a single Black-throated Diver, Great Crested Grebes, Razorbills and Red-breasted Mergansers. On the shore a mixed flock of Ringed Plover and Sanderling fed along the receding tide line.
Beat that for a morning! (Then back home for a coffee at 10 am) 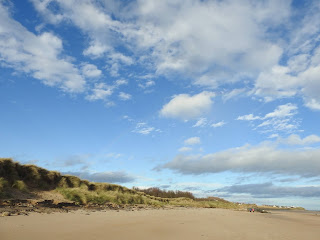 A few pictures from earlier in the week. 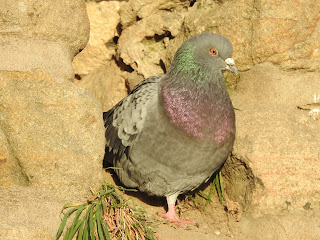 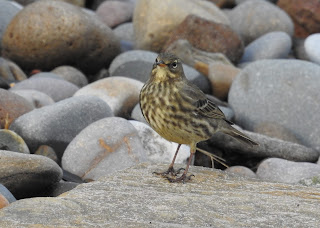 An amazing year for me not seeing the rarities.
A visit to Amble the day after the AB-bP left :( 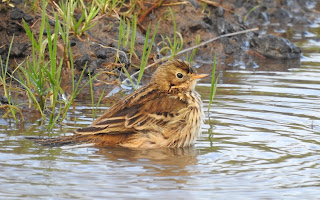 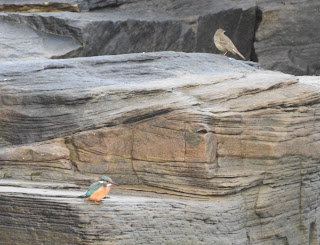 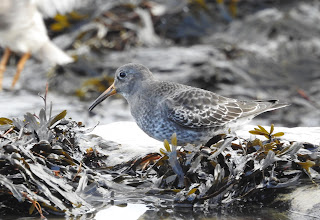 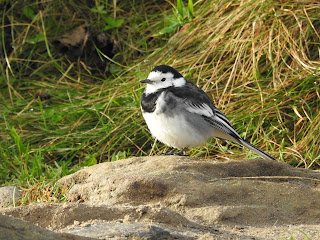 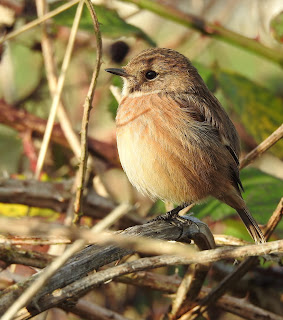 I wonder how many of these star birds I photographed this year. There are lots of Stonechats along the coast. I hope it isn't too severe a winter for them. 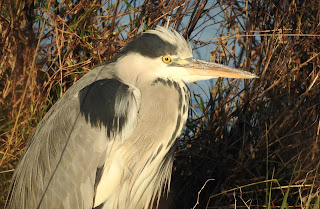 Grey Heron
A dull name for such a magnificent bird.
Posted by baybirding at 02:54