A change of patch today. Sandy Bay and Cambois. ST found a Black Redstart at Cambois yesterday, so I joined him today and he quickly relocated it on the sea defences. A Kingfisher on the pier was a nice surprise. Returning back along the pier we came across 4-5 Rock Pipits and suddenly we both saw the Shorelark in amongst them; what a nice addition to the day list. Then a Wheatear was seen on the sea defences. 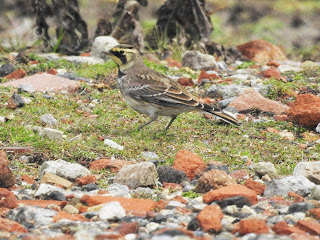 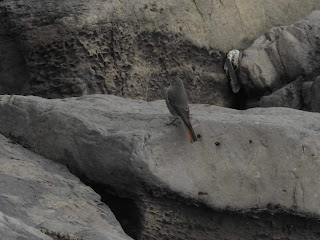 The old railway line at Cambois was quiet, probably because of the patrolling Sparrowhawk. Just as we were leaving a Yellow-browed Warbler called repeatedly and another call suggested at least two were present. (Neither seen.) 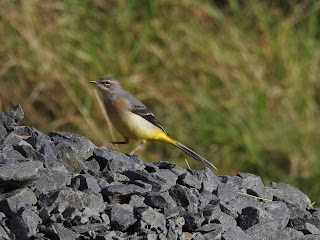 Later on my patch the highlight was two Grey Wagtails feeding in the car park. 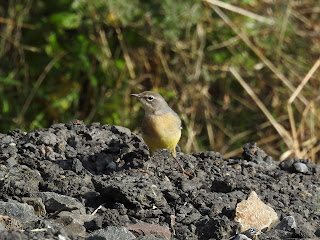 Still a few thrushes arriving and an early stop at Druridge produced 30+ Goldcrests. Water levels at Cresswell are now very good so hopefully a good wader could still to arrive?