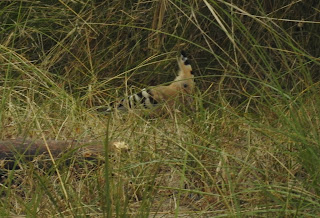 Thanks to a call from AP, I headed to Amble to twitch this Hoopoe. I think the last one I saw was at Boulmer (2005?). Years back I found one on Holy Island and saw the one ST found at Bothal. Not a bad haul for Northumberland. 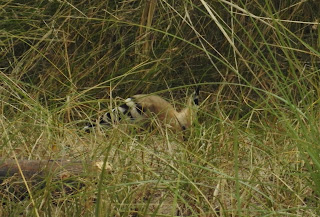 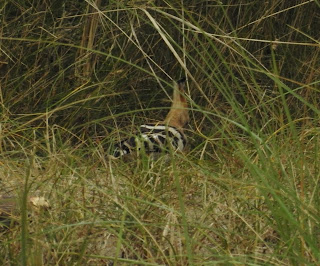 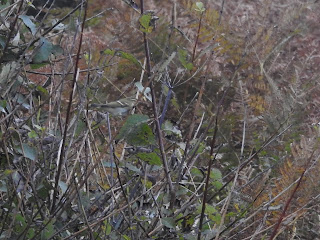 At East Chevington today the 2 (possibly 3) Yellow-browed Warblers remained. Birding has been tricky in the wind and rain but the possibility of seeing something out of the ordinary makes it all worthwhile. 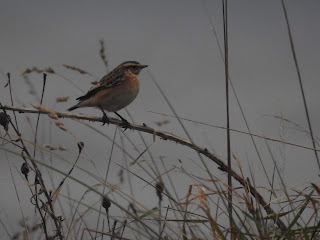 A (new?) Whinchat at Hadston.

Then a call from Alan at Newbiggin. A warbler at Beacon Point was being typically elusive and he hadn't managed to photograph it. So when I finished my patch I headed to the Beacons.

No sign of Alan but a sudden metallic call and a flash of a bird diving in to thick grass. It did this several times. Just as I decided to ring Alan, it landed on the cliff face. There was something oddly familiar about this bird. As we were describing the bird to each other I tentatively suggested Cetti's Warbler. On the path, cliff face and diving into thick grass???

It was, ha, I would never have expected to see that. John and Alan have some better photos but these record shots will do for now. 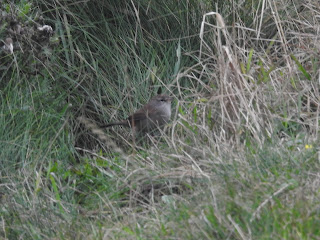 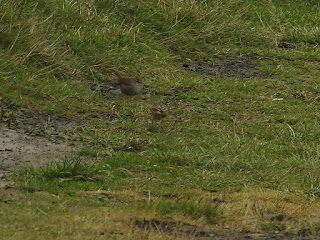 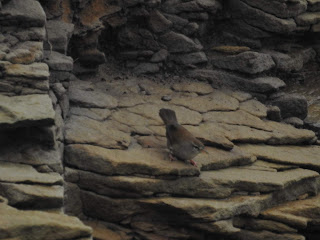 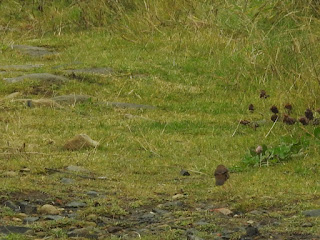