Wood you believe it? 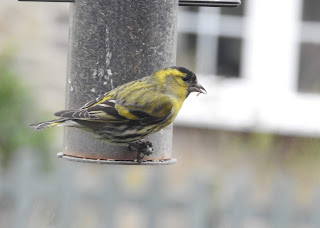 A brilliant few days. Swallow over Cresswell and Siskins (and Greenfinch) on the garden feeders.

This is always an exciting time as birds are returning from their warm winter migration spots. Today was a classic day of the unexpected.

A Jay near the North Pool feeders was a nice start. An adult female Marsh Harrier hunting along the reed edge and so the WeBS count was underway. No surprises but probably a lowish count as the wind picked up. I headed back to the car and hear a bird calling above me ... I knew it was a good one. Over my head and away from the sun I recognised the bird matching the call. Broad-winged, short tailed bright white belly and under-tail. Woodlark! Bonkers ... but so pleased after failing with the Lindisfarne bird last year.

At the south hide AC and I saw an egret flying north. Size was difficult to judge but I assumed it was a Little Egret (probably without taking much notice, Then I received a text from JA to let me know about a GWE on the Budge field flying off North, which matched the timing of our egret. (Note to self ... take more time with the commoner IDs!)

The Widdrington Moor  and Stobswood counts were unimpressive because most of the wildfowl were sheltering from the wind.

Druridge Pools next and a Sand Martin feeding over the deep pool was a first for the year for me and on leaving TF and JF pointed out a Juv Glaucous Gull heading North towards East Chevington.

Time for a rest! 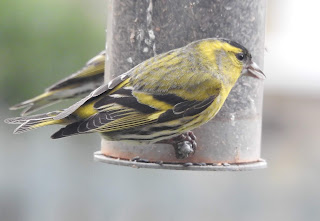